Dylan’s actual tour bus ended up sitting by his place in Malibu, slowly rusting in the salty Pacific breeze blowing on-shore, but it has been converted to be a music studio since eminent music producer Rick Rubin bought the mansion 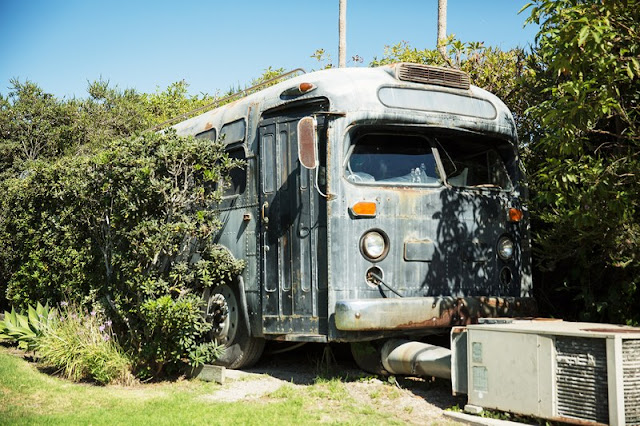 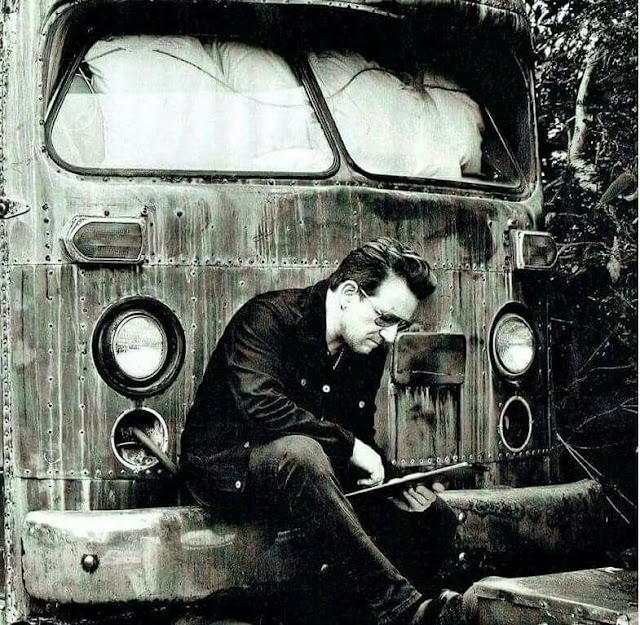 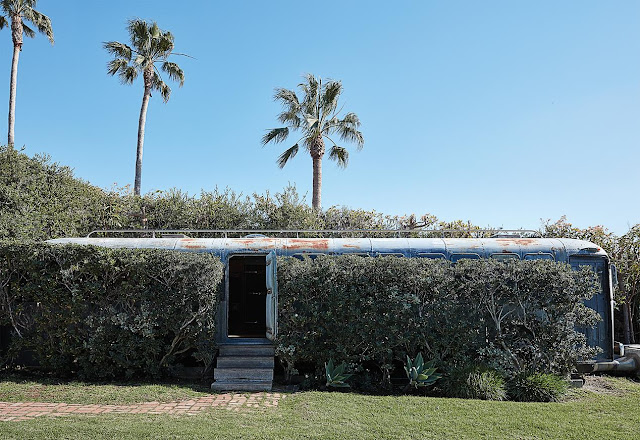 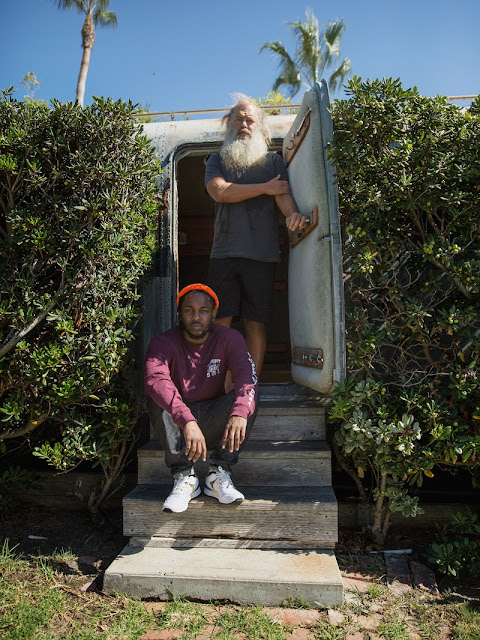 In the 60s, the property was used to stable Mr Ed and film the tv show.

Shangri-La, the studio was redesigned by Rob Fraboni in the early 1970s for by The Band and Bob Dylan's use, and it continues to operate as a recording studio today, and the bus they once used to tour the country is still parked in the grass, its insides turned into an auxiliary recording space

Clapton was staying here in the winter of 1975, the year the Band, Bob Dylan’s five-strong posse, had bought the ocean-view complex, first built as a bungalow in 1958. 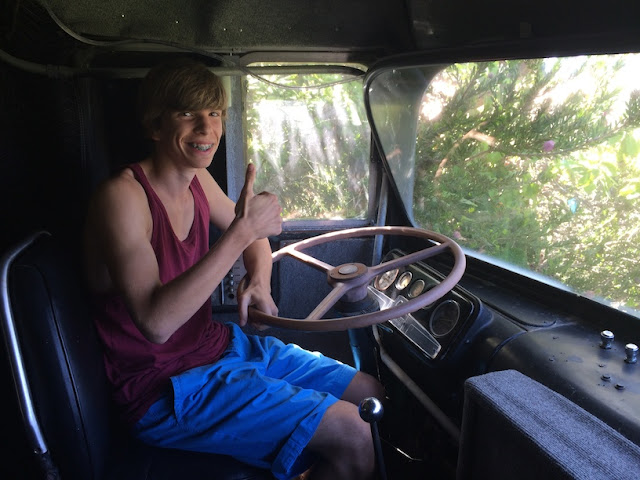 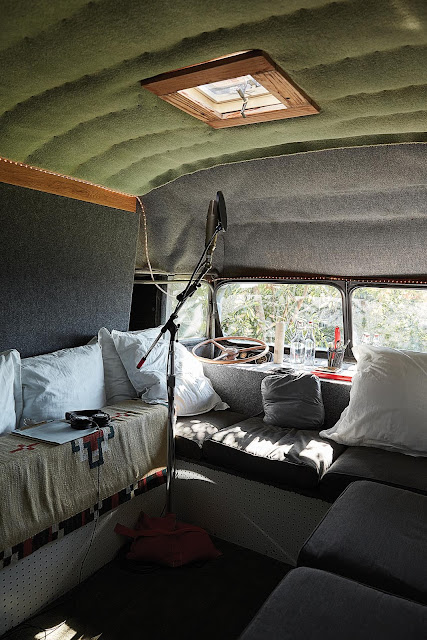 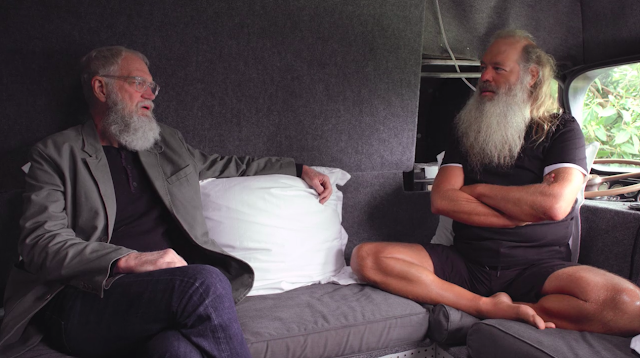 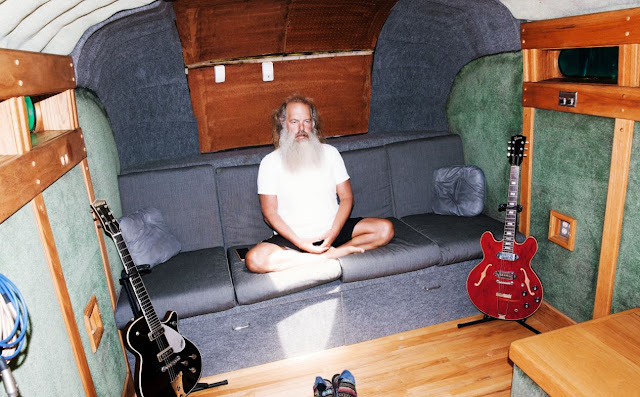 At 54, Rubin is arguably the country’s best-known music producer. He’s responsible for that infectious keyboard loop on the Beastie Boys’ “Girls” from 1987 and the warbling guitar in Tom Petty’s 1994 hit “You Don’t Know How It Feels.” A producer who has made and remade dozens of major recording artists’ careers over the past 34 years. 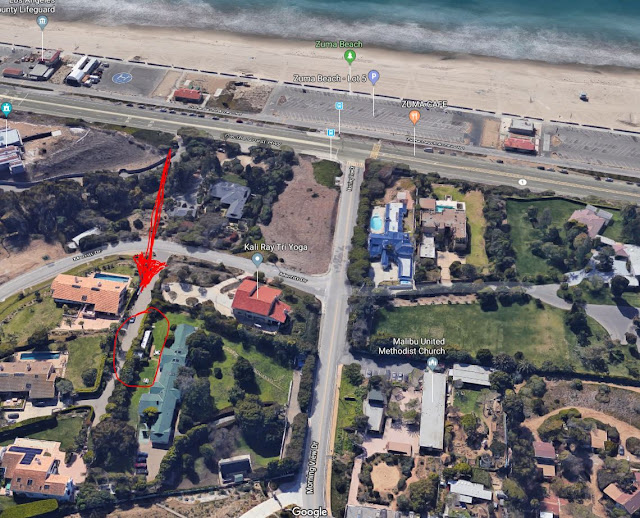 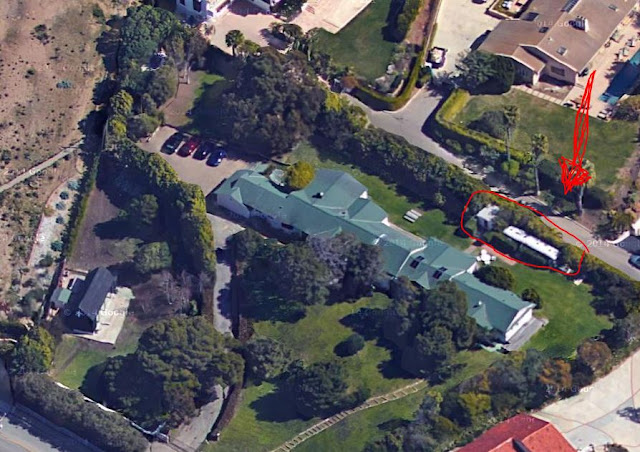 As the founder (in his NYU dorm room) of the storied Def Jam label, the Long Island–born Rubin helped usher hip-hop into the mainstream, in the ’80s, making waves as much for the raw sound of the rappers he brought aboard—old-schoolers like Slick Rick and LL Cool J—as for the brash promotionalism he deployed to expose his artists, and himself, to a broader public. In the 1985 film Krush Groove, a fictionalized account of Def Jam’s rise, Rubin plays himself alongside an actor portraying his then–business partner Russell Simmons.