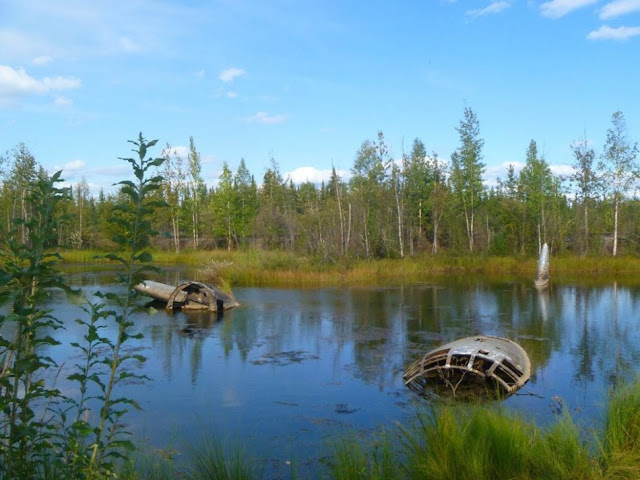 Located southeast of Fairbanks, and just north of the base, beyond the end of the long runway, an iconic piece of US Air Force history lies abandoned in a flooded gravel pit. The object in question is a mighty Boeing B-29 Superfortress, which over the years has garnered the moniker ‘Lady of the Lake’.  The conventional wisdom was it was intentionally placed there for water rescue training. Waid estimates it was probably placed sometime between 1954 and 1956.

The abandoned World War Two aircraft, which is submerged in an artificial pond at the side of Transmitter Road, has been a well-known landmark at Eielson AFB for more than 60 years.

But a recent underwater survey of the wreck uncovered its identity, confirming long-circulating rumours that the Lady of the Lake was an aircraft of historic significance. In August 2014 the Daily News-Miner spoke with base historian Jack Waid, who’d spent years working to trace the submerged aircraft’s history.

During the meticulously-planned survey, divers recovered the wireless operator’s desk, which sported the aircraft’s serial number: 44-62214. Armed with this information, Waid was able to confirm an Eielson AFB legend that the Lady of the Lake was the aircraft that detected the first evidence of Soviet atomic testing in 1949

There’s no known record of the aircraft being towed from storage at Eielson AFB to its watery grave nearby, but it’s likely that the move took place in 1955 or 1956. Of course, the result is the same: the last surviving example of a WB-29 model Superfortress, 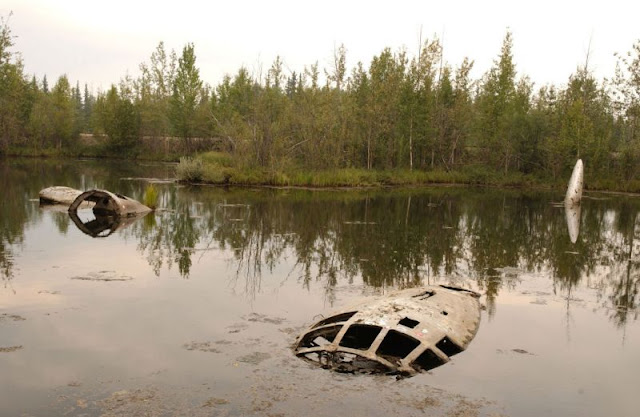