What is a company going to do when the contracts for govt jobs are written so only the favorite company can meet the specs for equipment? Build a replica of the equipment. 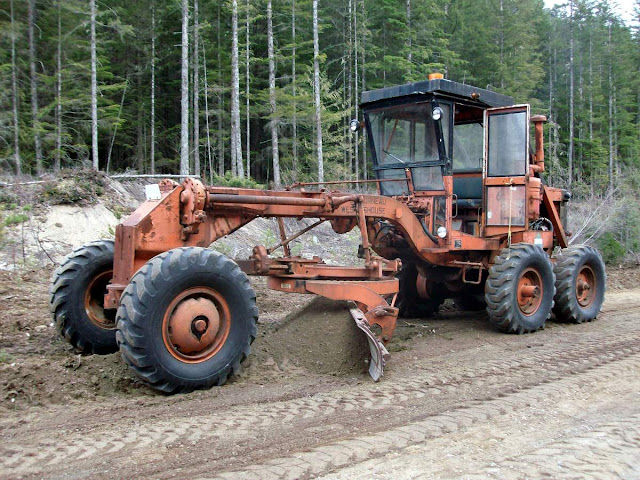 Not a lot of imagination went into building this grader. It appears to be a direct knock off of a Caterpillar #12 of the 1950's, presumably done so that they could bid against Cat on government spec bids and meet the spec's which were often written to attempt to exclude anything except a Cat grader.