Coronado Speed Festival has finally run out of gas, and tossed the towel onto the track. It's over, but it had a damn good run. The organization that ran the fleet week event is instead going to focus on a golf tournament. No, that's not a joke. It's stupid. 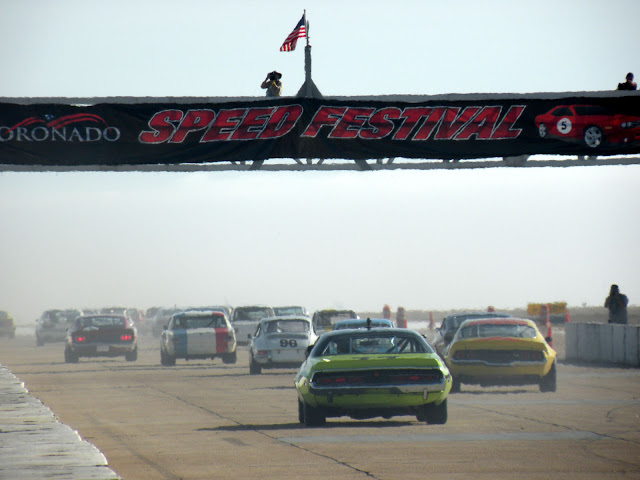 He said Fleet Week will refocus on core events including a luncheon and golf tournament to honor enlisted service members, to salute Navy, Marine Corps and Coast Guard units in the region, and an expanded showcase of local science and technology breakthroughs (reciprocity to the major monetary sponsors Lockheed Martin and Northrup Grumman, who of course, expect no notice of this to affect getting military contracts) and a Sea and Air Parade of warships and planes across San Diego Bay (waste of tax dollar to fire up the diesel engines and pollute) (honestly, subs are nuke powered, and don't pollute, but no one ever sees them parade through) 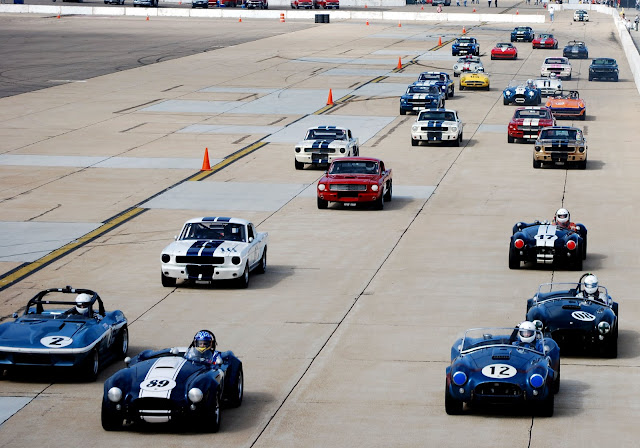 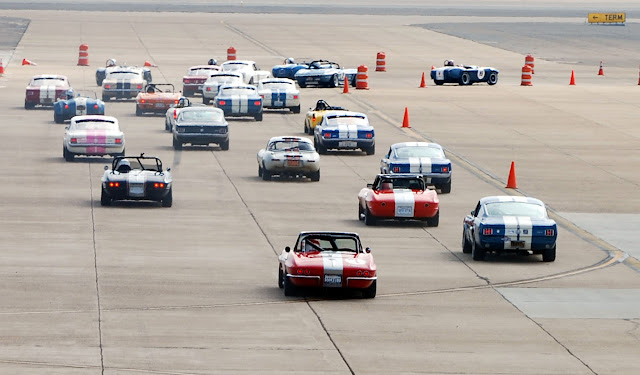 These photos are all from the 2008 Speedfest, it was magnificent, and one of only 3 that made money for the SDFWF

I did 10 years in the Navy, and the uselessness of golf as a way to "honor enlisted service members" is quite likely the most self serving scam I've ever heard of. Any wonder the SDFWF went bankrupt?

Enlisted rarely golf. Officers rarely don't. The pentagon has 234 golf courses, and won't say what amount of millions of dollars that wastes of the military budget (60% of the USA govt budget) http://www.salon.com/2012/12/12/7_absurd_ways_the_military_wastes_taxpayer_dollars/ #5
http://www.motherjones.com/politics/2014/01/pentagon-military-golf-courses-map says that a golf course typically costs a half million a year to maintain. Instead of paying enlisted better, their senior enlisted supervisors have the lawns mowed and watered.

Want a fact on the Fleetweek Enlisted Golf Tournament? At most, 256 people play golf in the tournament. 64 teams, of 4 people.
https://www.fleetweeksandiego.org/events/fleet-week-enlisted-golf-tournament/

How many people attended the Speedfest? between 20 and 25 thousand:
According to the Union-Tribune, the festival attracted 20,000 to 25,000 people annually, about half of whom were military members and families, who got in for free. https://www.hemmings.com/blog/2017/01/26/citing-expenses-coronado-speed-festival-calls-it-quits/

Just last year, the Pelican Bay Golf Course at Florida's Tyndall Air Force Base shut down after running a $270,000 average annual deficit since 2006.

Yes I'm sure many of the more highest ranked enlisted play golf, but you're now talking white collar, and they are by far the small minority of enlisted vs the blue collar majority of all the military enlisted. It's a pyramid of ranked enlisted, and damn few at the top even if the 4 enlisted guys running the Army, Navy, Air Force and Marines enlisted (sgt major, master chief petty officer of the Navy, etc etc ) make a 100% of them golfing, that is 4 guys, vs the 1.13 million military members... which maybe 10% golf, but they all drive, and seriously, how many enlisted women do YOU think golf?

So who is the golf tournament really for? The people that run the SDFWF is my guess, and their sponsors' CEOs and COOs that need some glad handing to squeeze some donations into the nonprofit foundations budget. Golfing is the method by which rich people connect with other rich people, to get richer by going into business meetings on the expense account, and bolster careers by hanging with the boss, or contractors, etc.

In 1975, Wisconsin Sen. William Proxmire called out the Pentagon for spending $14 million a year to maintain 300 courses. (adjust for inflation and add a zero per decade... 1.4 billion in 2017 dollars) Today, the most commonly reported number of courses is 234, but a thorough search turned up 194.

And you can equate useless branches having the most time off to golf, with the # of golf courses they have. The Air Force leads the way, the Marines have the fewest. See? The less they do, the more their leaders golf. The more they do, the less they golf. Ergo, useless people golf. 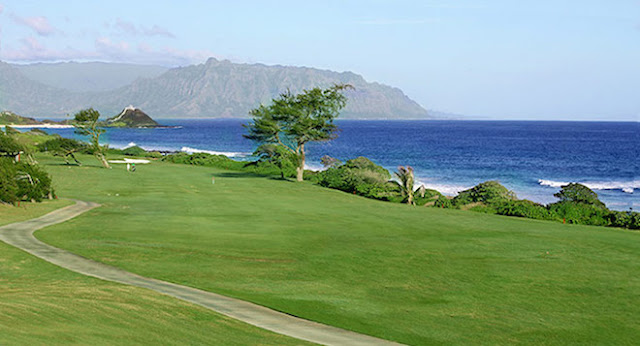 Take another look at those photos... which seems to be more active? The races? Or that golf course on Hawaii?
at Thursday, January 26, 2017