I love to learn of wonderful people, who've done wonderful things, and made wonderful collections. Allow me to introduce you to Guy Webster... photographer of the stars, collector of motorcycles 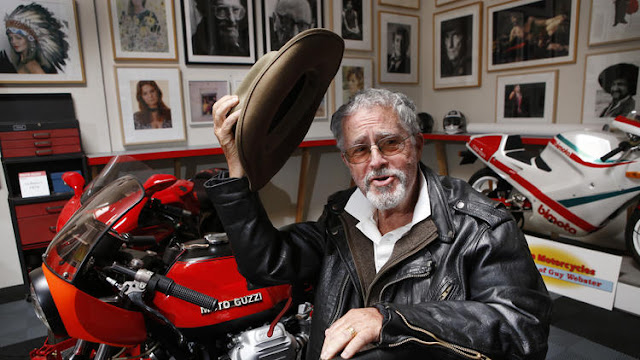 He turned his earnings into houses, married, and began a family. He took time off to live in Europe, buying a farmhouse in Spain and spending two years studying art in Florence, Italy.

That’s where he fell in love with Italian motorcycles.

“I decided I needed three or four different bikes, because they were good for different kinds of riding,” he said. “But when I had 10, I decided to let myself go up to 20. Then I went up to 30.”

Webster filled two garages with his motorcycles, eventually, he built a two-story barn. The collection grew to 150 as Webster bought, sold and traded increasingly rare machines. 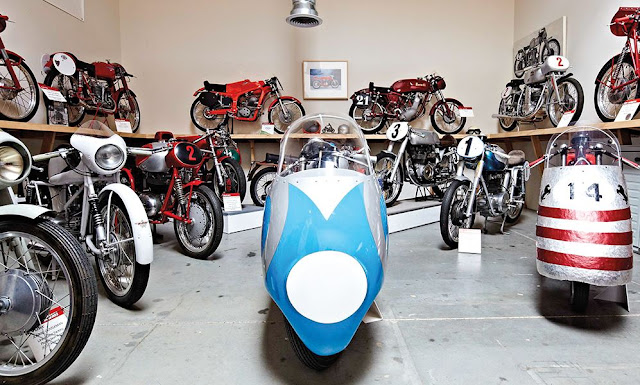 Webster once received a call from New Hampshire informing him of a 1957 MV Agusta Squalo that was stored in a basement—in four separate boxes. He traveled to New Hampshire, claimed the boxes, and spent two years restoring the motorcycle to its current glory.

The Squalo and every other motorcycle in Webster’s garage represent a chapter in Italy’s two-wheeled lore. Together they underscore the essence of each marque, illustrate the evolution of power and engine sizes, and demonstrate the influence of racing on Italian motorcycles. The pieces coalesce to create a collection that, like an exhibition arranged by a master curator, makes a complete and seamless statement. 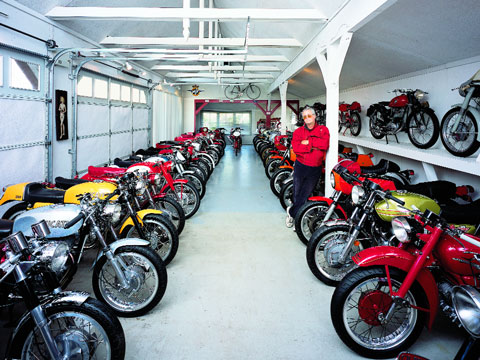 “There is no other museum that could have come close to it, for the quality, the artistic value of the bikes, and the rarity of the bikes,” Talbott said.“Some of them are one of only one in the world, or one of three in the world. In America, he was No. 1.”

To see a gallery of them, photographed by him (surely a master photographer with a passion for these bikes can not do less than incredible work unparalleled by any other) see http://www.motoguy.com/# 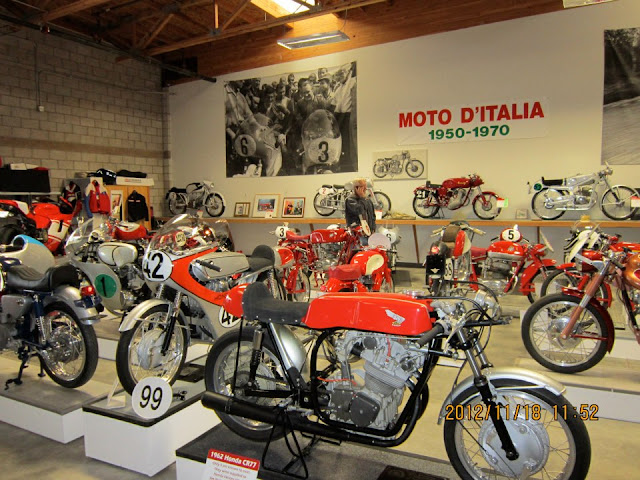 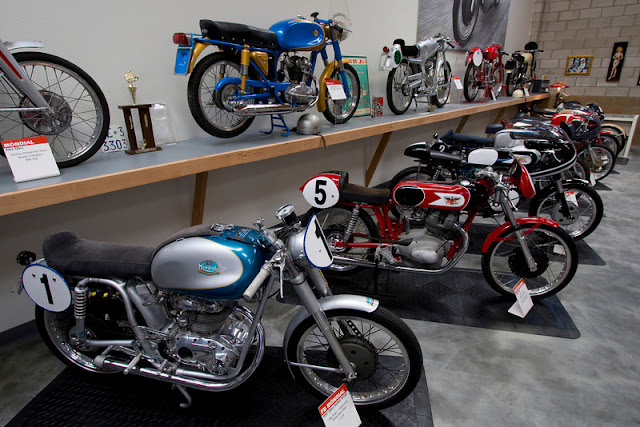 The famed collection is headed to auction though, in the next four days starting today, at events held in Las Vegas, eight of Webster’s finest will cross the block.

The six motorcycles to be sold by Mecum are a rare Ducati, two Ceccatos, a pair of FB Mondials and three MV Agustas — including the first 175cc Webster bought in 1959 for $300. 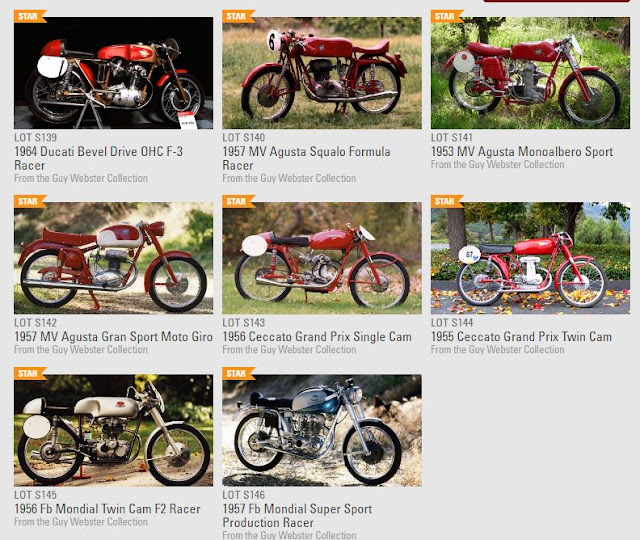 The motorcycles could together return as much as $500,000. But Webster claimed indifference to those figures.  “I don’t care about the money at this point,” he said. “Those days are gone. I’m happy to know they’ll go to good homes.”  But not all of them will. Webster eventually admitted he is retaining a few bikes for himself. 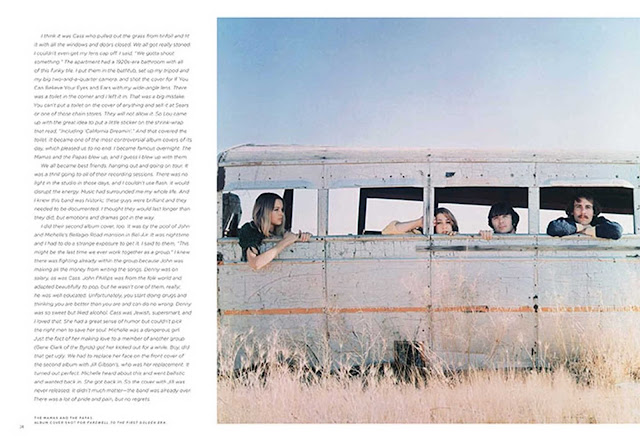 the Mamas and the Papas

Introduced to photography during a stint in the Army, he accepted a proposition from a buddy who was starting a record company and needed a house photographer.

The buddy was Lou Adler, the record company was Dunhill, and one of the first acts Webster shot The Mamas and The Papas (“California Dreamin’”).

Webster shortly became the town’s top photographer. He would go on to shoot many of the most iconic album covers of the 1960s and ’70s — The Doors’ debut release and Simon and Garfunkel’s “Sounds of Silence” among them — and chronicle the careers of such recording artists as The Rolling Stones, The Beach Boys and The Byrds

With his controversial cover shot on the Mamas and the Papas’ first album, Webster firmly established his reputation as a photographer capable not only of capturing the emotional nuance of the era, but also of helping to define it.

Look at his photos, http://guywebster.com/collections tell me then, how many times did you say Holy Shit!


He was stationed at Fort Ord just outside of Carmel when his officer-in-command asked, “Do you know anything about photography? I lied and said, ‘Yes, I know everything about it.’ ” Having never taken a photograph, Webster stayed up all night reading books on the subject and in the morning, he taught his first class on it.

You can read a good article about the collection as it was in 1992 on Google Books, the Jan-Jun issue of Cycle World Magazine
at Thursday, January 26, 2017