Can a person look sneaky? Conniving? Dastardly? This guy did, and was. Cheating bastard too! 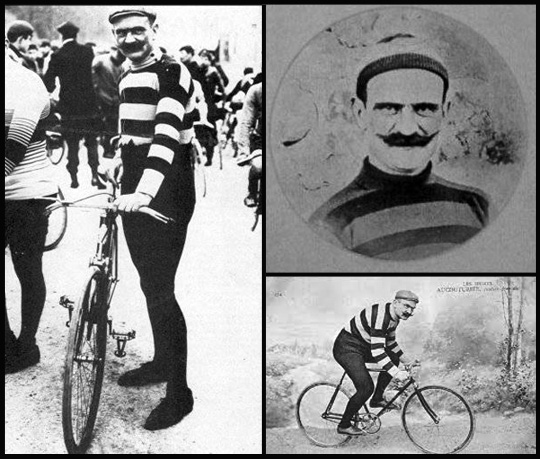 He won the 1904 Tour, and other races, by cheating very cleverly. Well, almost. He did get caught.

Aucouturier was one of the four leading riders disqualified at the end in a race bedevilled by protesters, some of who attacked riders, and by trees felled across the road. So frequent were accusations of cheating among riders, including claims that some had taken a train, that on 30 November 1904 the Union Vélocipédique de France disqualified Maurice Garin, Lucien Pothier, César Garin and Aucouturier.

One rider that wasn't disqualled, was Faurer, who had a 100 fans mob the race path after he passed them, forcing his competition to get off their bikes and fight through the mob to get on with the race.

the other, was that  Aucouturier tied a piece of string to the back of a car. To the other end of the string he tied a bit of cork. Now the idea was for Aucouturier to bite down on the cork and then be towed along by the car, all the while presumably praying with clenched teeth that no-one found out. Of course, someone spotted the string.

These are 2 of the 4 worst cheats in all bike racing history according to Bike Roar http://www.bikeroar.com/articles/the-4-greatest-bicycle-cheats-in-history 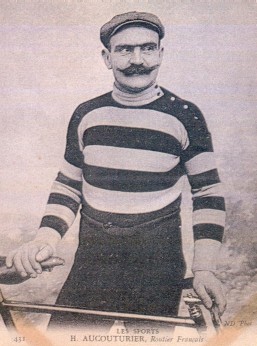 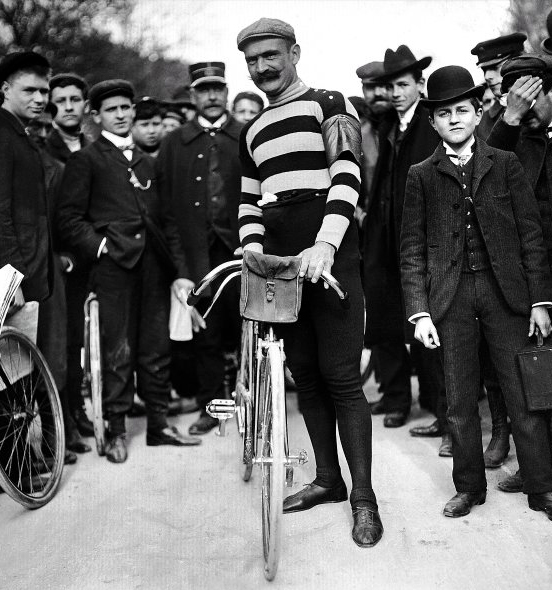