in the early marvelous days of heavier than air flight, bringing your aircraft to the location for your test flight was a sensational crowd drawing method of getting free publicity 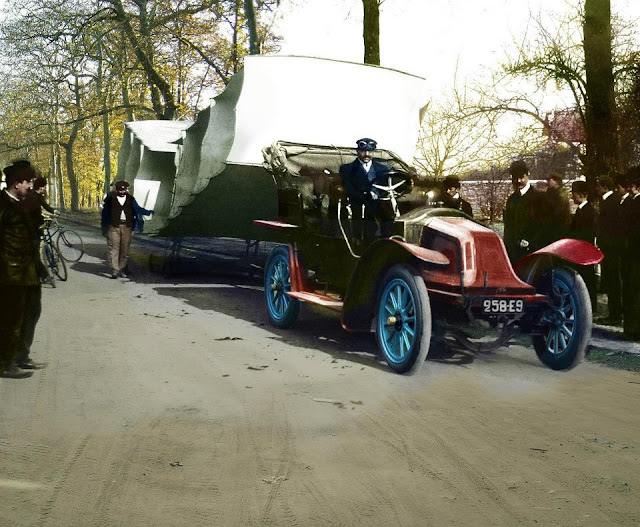 Santos-Dumont towed his aircraft to the lawns of Bagatelle for a record attempt on October 23, 1906
to take off a "heavier than air" over a distance of 25m. He flew this to make the first powered heavier-than-air flight to be certified by the Aéro Club de France and the Fédération Aéronautique Internationale (FAI).

This was the first airplane with a motor powered take off and safe landing. The Wright brothers had used a catapult method 3 years earlier, and though they had used a glider method, they hadn't powered along to get their aircraft aloft with speed and aerodynamics, nor landed with a dignified powered touchdown instead of a fortuitous glider controlled crash.

Remember, these were the 1st airplanes to ever take off and land. They had very little understanding of how to build or design an airplane to cope with the stress of wings, fuselage, weight, and landing that aircraft without all the joints breaking. Every success or failure was a lesson in what they did right, or failed to design for.

Alberto Santos-Dumont was a Brazilian aviation pioneer. The heir of a wealthy family of coffee producers, Santos Dumont dedicated himself to aeronautical study and experimentation in Paris, France, where he spent most of his adult life.

It is gray in Paris and Alberto started off and after just 100 meters from the start he flew about 3 meters high for 60 meters before resting on the lawn of the park.

The feat is so amazing that the Commissioners fail to measure the distance traveled by the airplane. They finally agree a distance of 25 meters so that Santos-Dumont could get the prize. 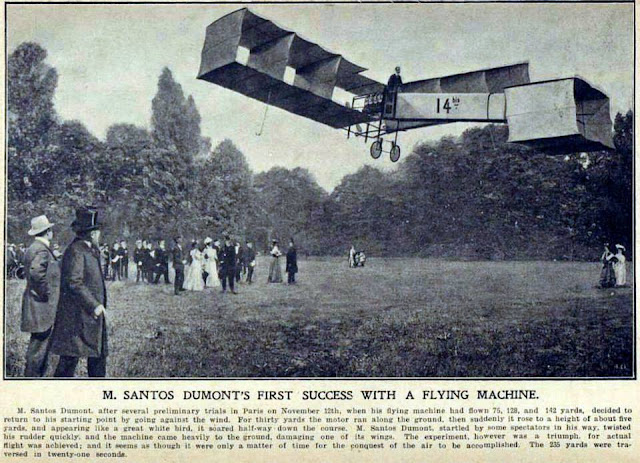 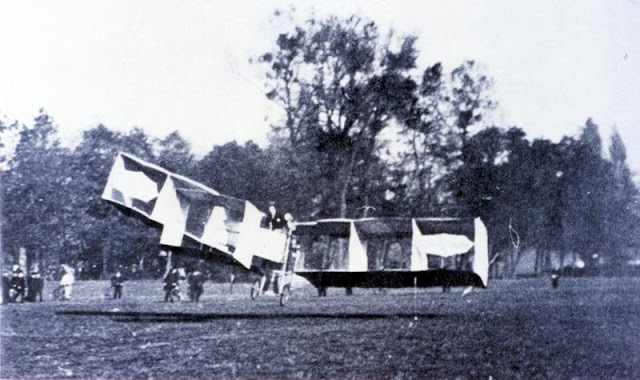 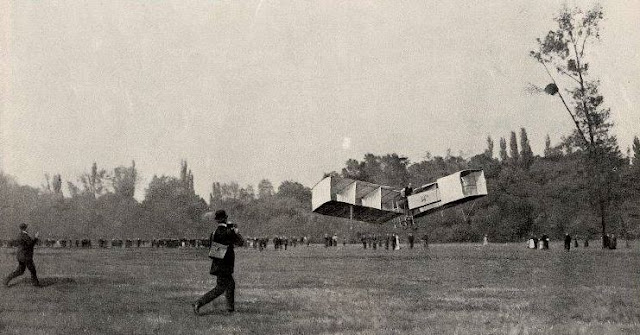 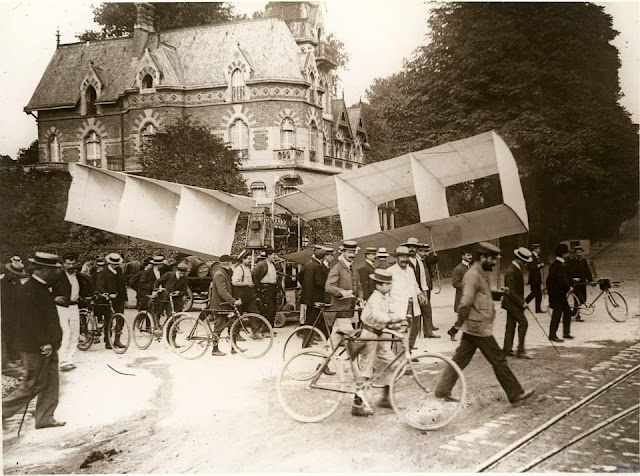 In 1904, while celebrating his winning of the Deutsch Prize at Maxim's Restaurant in Paris, Santos-Dumont complained to his friend Louis Cartier about the difficulty of checking his pocket watch to time his performance during flight. Santos-Dumont then asked Cartier to come up with an alternative that would allow him to keep both hands on the controls. Cartier went to work on the problem and the result was a watch with a leather band and a small buckle, to be worn on the wrist. Previously, only royalty had wristwatches.

Santos-Dumont, a lifelong bachelor, did seem to have a particular affection for a married Cuban-American woman named Aída de Acosta. She is the only other person that he ever permitted to fly one of his airships. By allowing her to fly his No. 9 airship she most likely became the first woman to pilot a powered aircraft.