This 80th Anniversary set looks so good in the box, I wonder what percent were never put on a bike 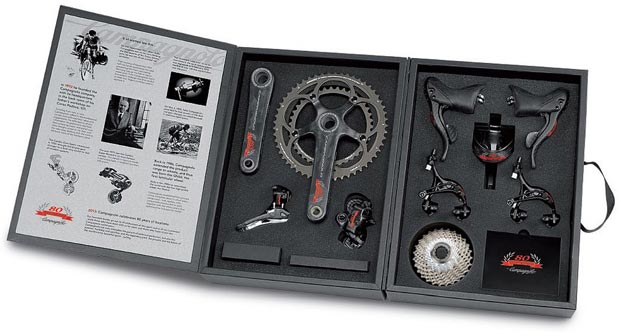 To celebrate they sold Super Record mechanical groupsets which weighed 1,822g and uses the new humid-state finish on the carbon. It’s a micro sanded finish which looks kind of softly scuffed and matt in appearance.

There are 80th anniversary logos on each part which are designed not to wear away should you want to use the groupset rather than store it in it’s case. Each set will have a unique serial number.