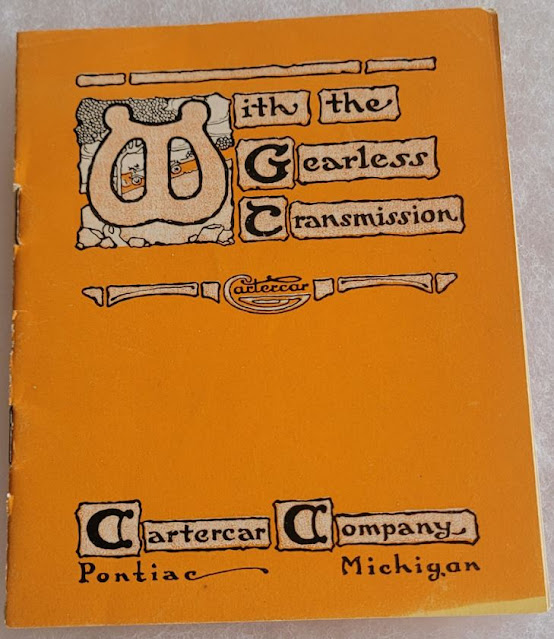 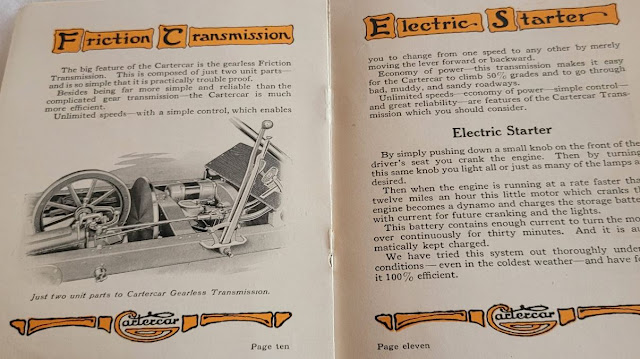 by moving a lever the driver changed the contact point and the overall speed of the car. A very early variation on the constant velocity joint. Intriguing to me, as I don't think I'd heard of this being used before the recent front wheel drive cars.
Looking around on the internet shows it was used on 1912 Metz, Sears, Trumbull, and Orient Buckboard 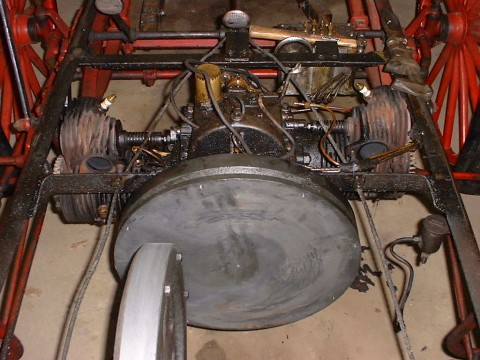 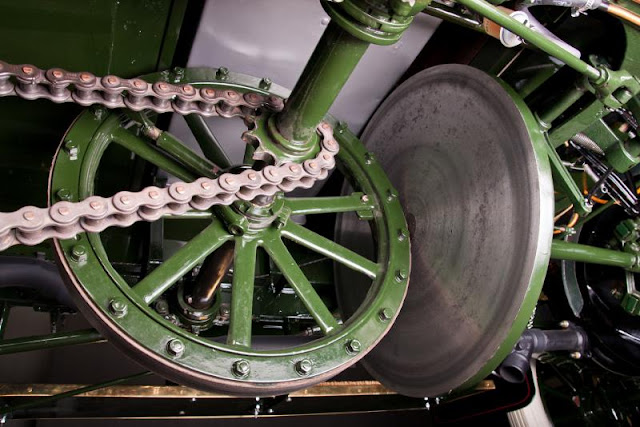 https://forums.aaca.org/topic/125047-friction-car-drive-ability/
The Cartercar earned widespread praise for its ease of use and efficiency. In August 1909, MoToR declared it to be “…considered by many drivers as ideal.” General Motors’ Billy Durant took note and purchased Cartercar in 1909; he was buying potentially promising companies left and right in an effort to build an automotive empire. 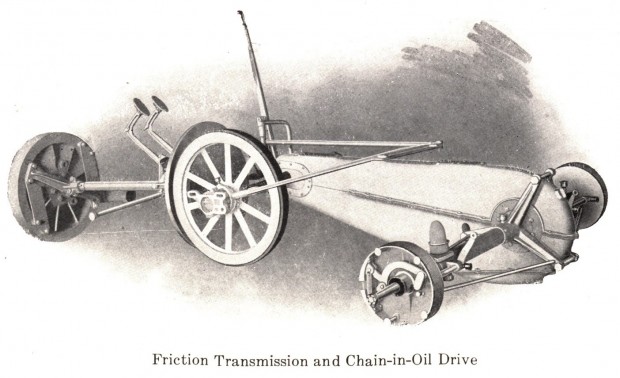 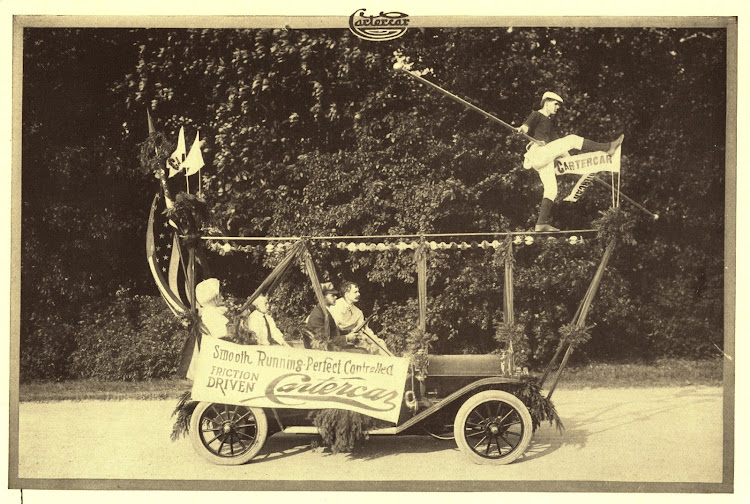 Saginaw, Michigan, Cartercar distributor Edwin Densil Doan often performed a balancing act with Cartercars. Doan was a former Oldsmobile stunt driver and circus performer. When the circus came to town in 1908, Doan advertised the Cartercar in a parade by balancing atop a wire above the moving vehicle. He performed the same feat during a Glidden Tour parade, in which he maintained his balance over a distance of more than 10 miles.
https://www.aacalibrary.org/articles/antique-automobile/cartercars-quirky-advertising/
I'll be damned, I have photographed one Cartercar, in 2008, in walking distance, in the Cooley museum
at Sunday, November 20, 2022

the best costumes and cosplayers from Comic Con SDCC, including Masquerade Ball
http://isurvivedthehallhline.blogspot.com/
and
http://isurvivedthehallhline.tumblr.com/
advice for my nephew at
http://uncles-advice.livejournal.com/
the best photography I've collected at
https://contentandcomposition.tumblr.com/
if you like reading, I'm putting together the best I've found in scrapbooks, anthologies, and poetry compilations
http://better-than-palgrave.blogspot.com
things done at home that make a significant visual or functional improvement
http://designandstyleathome.tumblr.com/
When I can find time, I'm going to put my best photos into a livejournal, the image size is enormous
http://justacarguy.livejournal.com//
And to show what an improvement a moment with photoshop 7 can do for old photos:
http://muchimproved.tumblr.com