Terry knows some cool stuff! He just let me know about the amateur built Butler Bros. off-highway logging trucks that Basil Oldfield built in Victoria Canada in the 60s, because the Butlers wanted logging trucks that could carry more logs than the competition 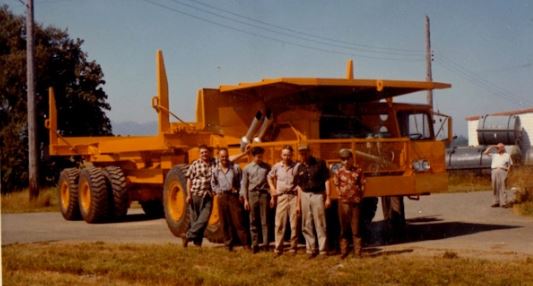 Butler Brothers Logging of Sooke/Victoria B.C. built some unique trucks in the 60's and 70's.
Claude and Wally Butler wanted to maximize load capacity and went with a cab-under-load design. 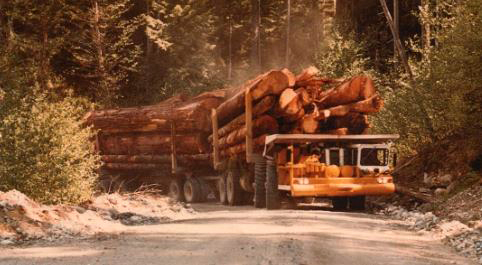 Claude Butler wanted something radically different from the logging trucks of the day, he and good friend Basil Oldfield designed and built the first of four unique trucks.
As far as is known or guessed, this truck (the first of 3 #70 trucks) used Mack axles and rear ends, and ran on dual 1200 tires on all wheels. It had a rigid log bunk frame with an articulated tandem axle power bogie under each end. This was effectively an articulated 8x8. The cab sat beside the engine, both of which hung out over the front power bogie.
The engine was a Jimmy - not sure what size - and it drove a shaft back to a central gearbox midships under the rigid log bunk frame. This then distributed power to the front and rear power bogies.
This was a small truck compared to the Mark 5 but was the beginning. Roll-out appears to have been in 1960-61 but little has come to light about this truck and what happened to it.
The #36 in 1964, and second #70 came on line, both of which were substantially larger and approached the load capacity of 100 tons that Claude and Wally were shooting for. 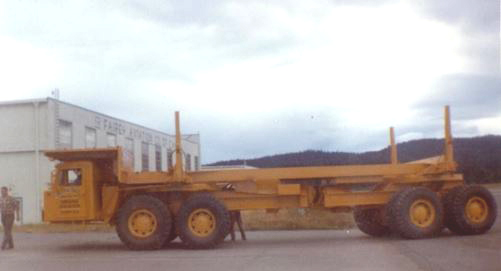 The #36 utilized the same rigid frame with articulated power bogies under each end. Tires were now 1600's and they ran on planetary axles. The cab, and the whole truck, sat a little lower, the engine was a 12V-71, just like the first truck. The whole truck was wider and longer and was the first to be dubbed 'the roller skate'. The bunks were 15 or 16 feet across. 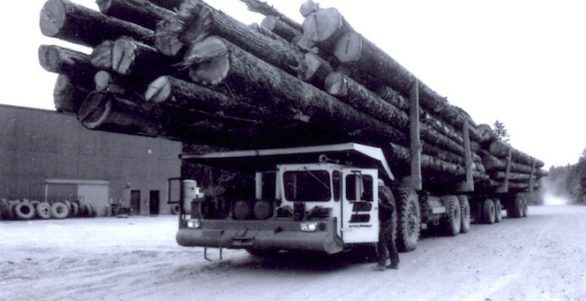 By the time the Company had built their fourth, Mark V, they had perfected a system that utilized a double-steering axle.
Veteran loggers recall that the Mark V carried, between the truck and the pup, loads ranging from 150 to 200 tons. 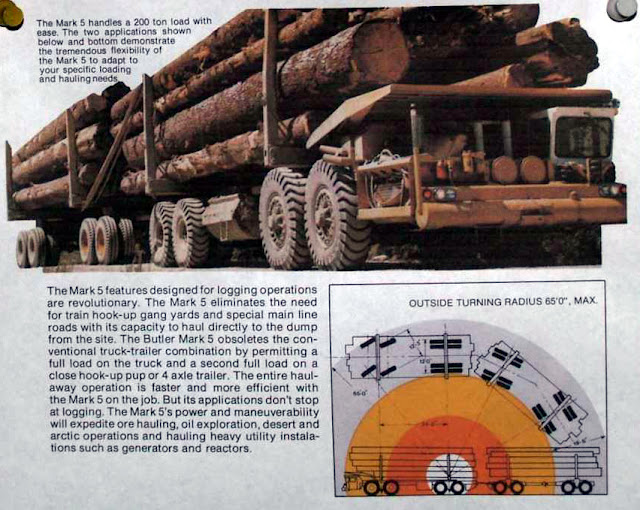 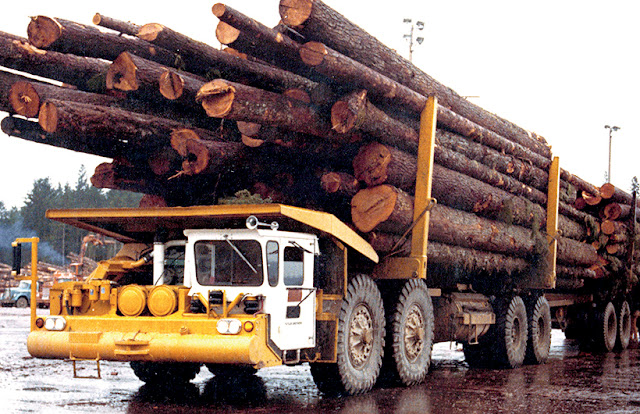 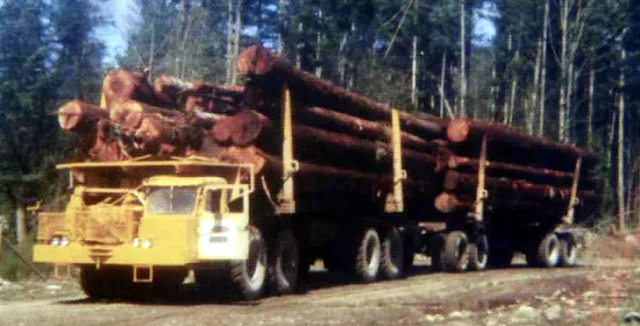