one-of-a-kind Packard V12-powered sports car built by Bill Miller and his team in the mid-1950s, with a coachbuilt steel body made by Bohman & Sons of Pasadena, California. 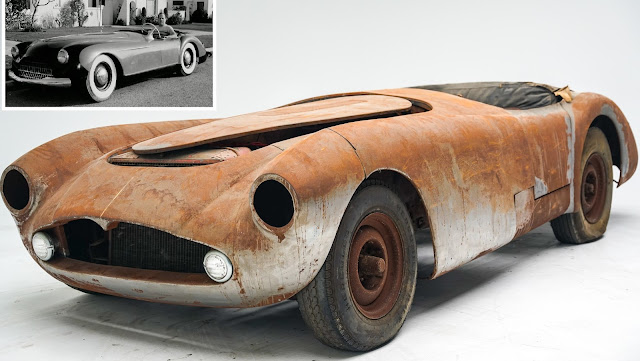 The car was originally powered by a 476 cubic inch (7.8 liter) Packard V12 engine that’s topped with a manifold and triple Stromberg carburetors, originally rated at just 175 bhp but the torque, 366 lb ft at just 1,400 rpm.
Miller chose the pre-WWII Packard V12 because he felt it was the closest thing he could find to a Ferrari V12, but not as expensive.
https://silodrome.com/bill-miller-packard-twelve-special/
at Monday, November 21, 2022