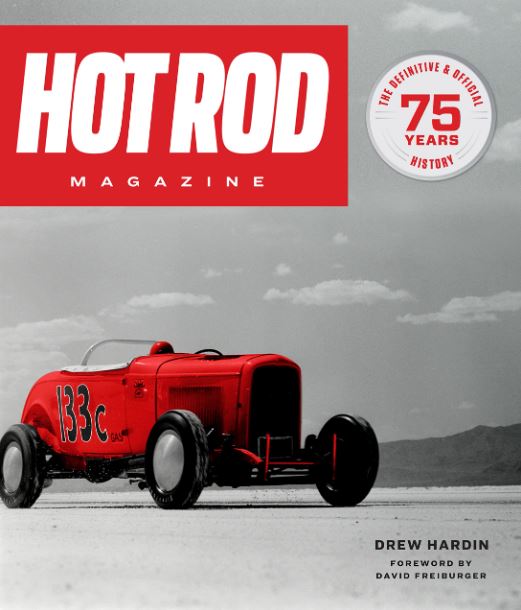 Amazon's preview gives you a good idea of what the book looks like all through the 9 chapters. 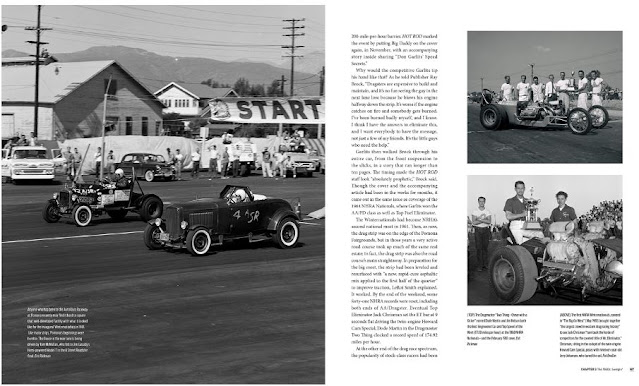 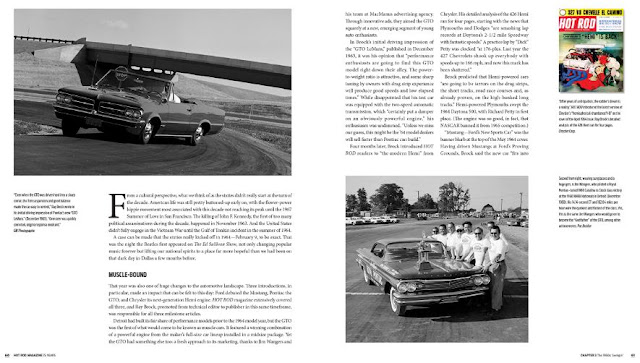 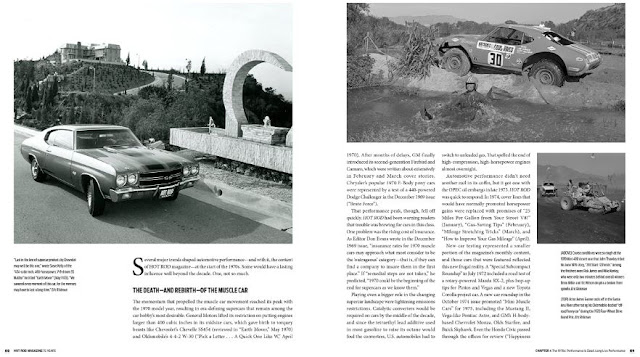 203 pages, a look at decades of photographs of the cars and people that hot rodding history is made of,  at seven and a half decades, as the legends of So Cal hot rod journalists recorded history as it happened with milestones at the Bonneville Salt Flats, Pikes Peak, drag racing, and the early days of organized racing on the dry lake beds, through the horsepower wars of the ‘60s
It takes about 5 hours to read
1st impression, what a cool book to sum up the vast experience I and other Hot Rod magazine readers have had every month, for decades. In a couple hours of reading, you get taken back through 3/4s of a century of the magazine that most thoroughly covered American ingenuity of hot rodding cool cars
My complaints are from my expectations of the editors of Hot Rod magazine, and this books editor and writer, to spell the names of Burt Munro correctly, and Elena Scherr, and to proofread the book to avoid mistaking fleet for feet, and chassisied for chassied. http://justacarguy.blogspot.com/2022/11/reading-book-hot-rod-magazine-75-years.html
Since I can find these, anyone who worked at HRM can, and should. OR the book maker Motorbooks and Quarto should accept my offer to proofread and find these mistakes for them before they get their books printed
Something I hadn't expected, is the insight into the editors of the magazine, and how they worked in the hot rodding aftermarket industry. One worked for Edelbrock, one for Schiefer clutches, etc
There was little mention of the celebs that have been featured in the magazine, as this book focused on the magazines production instead. I noticed that there was only a brief mention of Von Dutch, Ed Roth, Boyd Coddington, Dean Jeffries, George Barris, Gene Winfield, Smokey Yunick, Hot Rod Deluxe, and no mention of Jimmy Shine, The Smokers meet, Karl and Veda Orr, George Hurst, Riverside races, LA Roadster Show, Oakland Roadster Show, GNRS, etc.
I was surprised to find that the earliest decade was not more focused on, and no mention was made of the fact that George Barris was one of the article writers.
If you don't subscribe anymore, I sure don't blame you, because the glory days of Hot Rod are long over. It's intellectual property and investment value can't be underestimated though, and several pages of the book talk about the number of times in the past twenty years that Hot Rod has been bought, sold, flipped, and underbudgeted by the newest owners because no one is running it for it's present or future glory. There are only 4 people on staff, and I expect it to stop being a printed magazine within a year due to the business of money first, legacy last, and the change of culture of the automotive world now that state and federal govt pushes for quiet electric cars, and the bonkers days of dealership race cars seems to be winding down.
at Sunday, November 20, 2022