a driverless freight train, loaded with cement, sped uncontrolled for more than 20 minutes in Tasmania, ultimately resulting in two people being struck with flying debris when it was forcibly derailed. 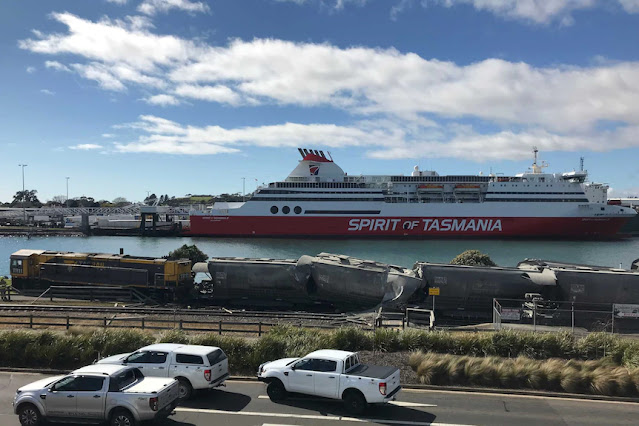 Over the course of 23 minutes, a train sped from Railton to Devonport through 13 public level crossings and past homes and businesses, reaching a maximum speed of 54 miles per hour.
It only came to a stop when it was deliberately routed into a dead-end siding opposite the Spirit of Tasmania ferry terminal, where two people were struck by debris from a fence and suffered minor injuries.
There were 281 system faults identified between February and September in 2018, including one where a driver reported it was unsafe for use. It was identified there were design flaws which meant there were unintended brake releases.
https://www.abc.net.au/news/2022-11-18/final-report-released-into-driverless-freight-train/101671296
at Monday, November 21, 2022