Germany to rebuild bridge over Rhine that collapsed during WW2 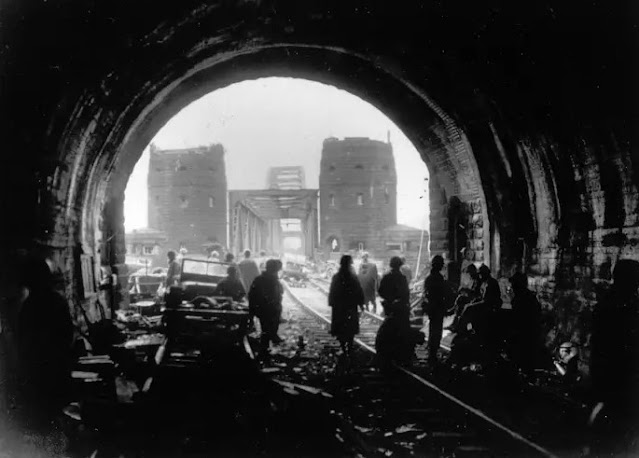 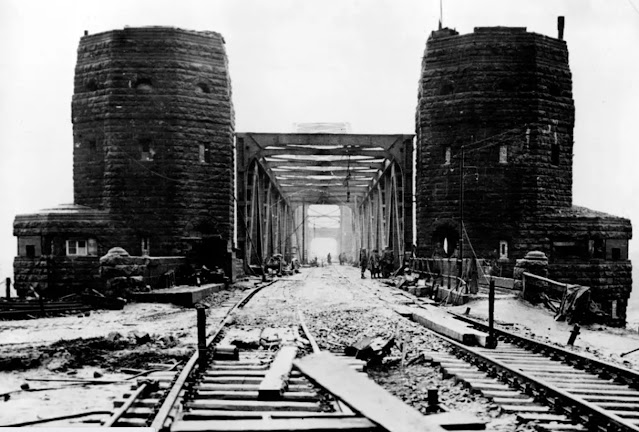 The bridge at Remagen, which featured in a 1969 film of the same name starring George Segal, Ben Gazzara and Robert Vaughn, focusing on the heroism of the allies’ final advance into Germany, could be standing again within a decade, town planners have said.

The suspension bridge, known locally as the Ludendorff Brücke, which was 325 metres long and six metres wide, would be reserved solely for pedestrians and cyclists, and stand as a monument to the victims of war, including those who died when it collapsed almost 80 years ago.

In a poll of locals in 2020, 91% voted in favour of rebuilding the bridge, with many saying that if only from a purely pragmatic point of view they were keen on a crossing over the Rhine. There is no river crossing for about 27 miles (44km) and only a limited number of ferry boats. 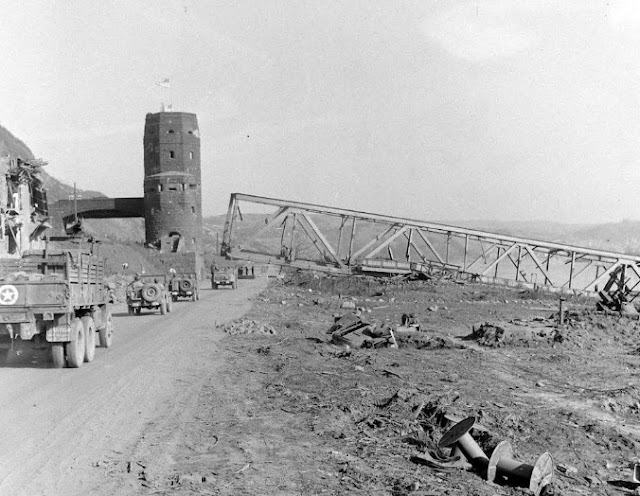 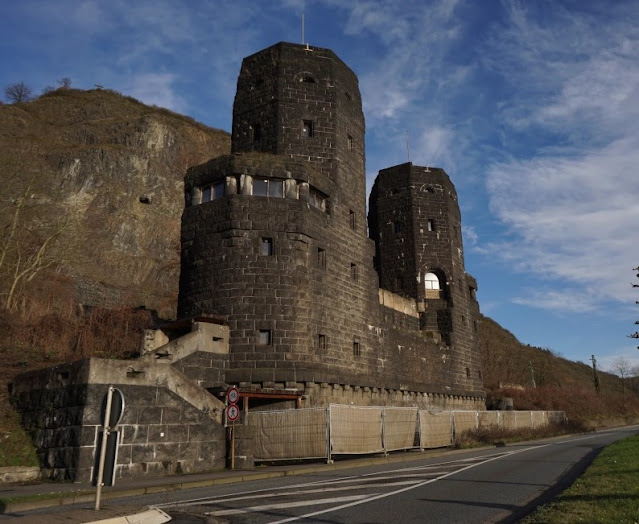 When it collapsed, all that remained of the bridge – which was built during the first world war by Russian prisoners of war to facilitate the delivery of personnel, equipment and supplies to German troops on the western front – were the towers on its western bank in Remagen, which were converted into a peace museum, and those on the eastern bank in the village of Erpel, which are used as a performing arts space.

Local communities have signalled their readiness to help finance the project, expected to cost around €22m, including restoration of the remaining towers, but they have also asked the state of Rheinland-Pfalz and the federal government for funds, citing the symbolic importance of the project “which extends far beyond the region”, the town said in a statement.

The US army crossed the bridge on 7 March 1945 after the retreat of the Wehrmacht from France, the first opportunity they had to cross the strategically vital Rhine. German forces’ attempts to blow it up by placing explosives at strategic points along the bridge failed, and allied engineers succeeded in removing the explosives before capturing the bridge.

It collapsed 10 days later, killing 28 army engineers. Ten of the bodies were never found, thought to have been swept away in the strong current of the river. The bridge, along with other hastily constructed pontoon bridges, allowed the US army to transport about 125,000 troops along with tanks, artillery and other vehicles over the river towards the east. Historians agree that its capture helped to shorten the war, which ended two months later, on 8 May.
The steel truss bridge between the towers fell into the Rhine 10 days after it was captured -- it was overloaded with American soldiers, 28 of whom died in the collapse -- and was not replaced. Built for military movements during World War I, it never had any particular value for the area's civilian economy.
At the base of one brooding, weathered stone bridge tower, is a plaque reading:
'Constructed for war, destroyed in war. The towers shall always remind: Here fought the soldiers of two great nations. Here died the heroes from near and far.'
https://www.theguardian.com/world/2022/sep/19/germany-rebuild-remagen-bridge-rhine-ww2-collapse
https://www.businessinsider.com/us-troops-capture-bridge-at-remagen-entering-nazi-germany-in-wwii-2017-3
https://www.upi.com/Archives/1985/03/06/World-War-II-Bridge-at-Remagen-was-worth-its-weight-in-gold/2575478933200/
https://en.wikipedia.org/wiki/Battle_of_Remagen
https://worldwar2revisited.com/2016/01/19/remagen-bridge/
at Thursday, September 22, 2022