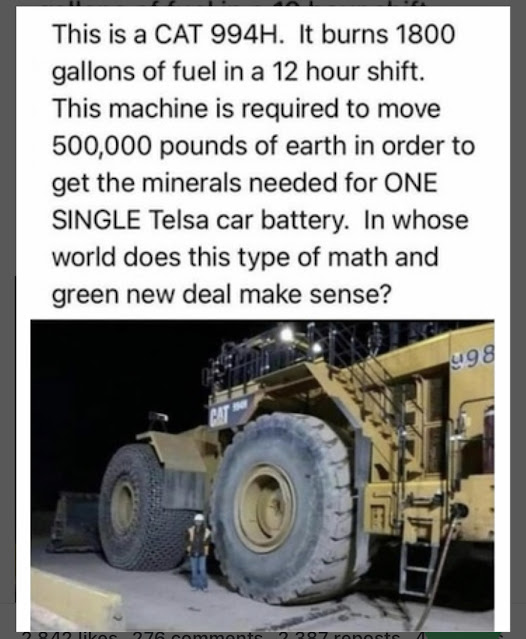 averaging 750-1,000 pounds of minerals that had to be mined and processed into a battery that merely stores electricity, electricity which is generated by oil, gas, coal, nuclear, or water (and a bit of wind and solar).
That is the truth, about the lie, of "green" energy. 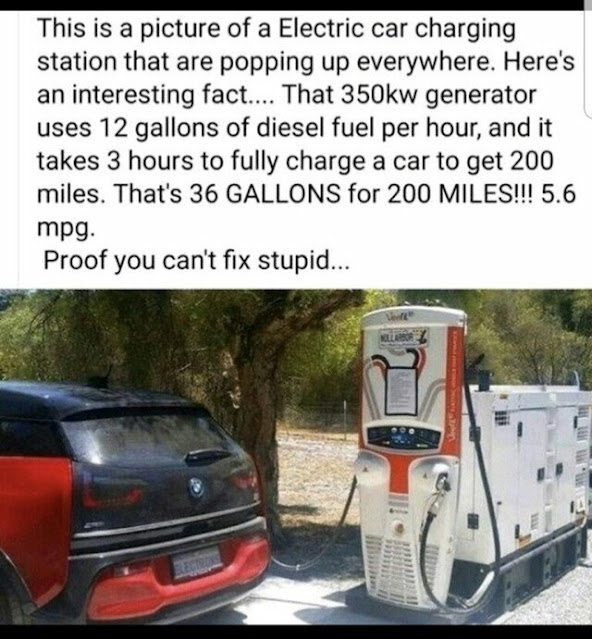 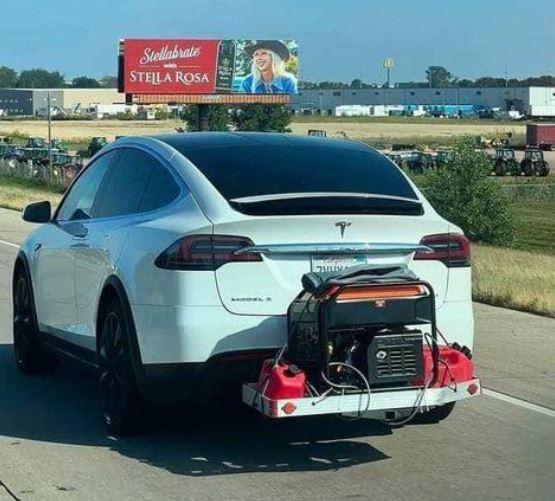 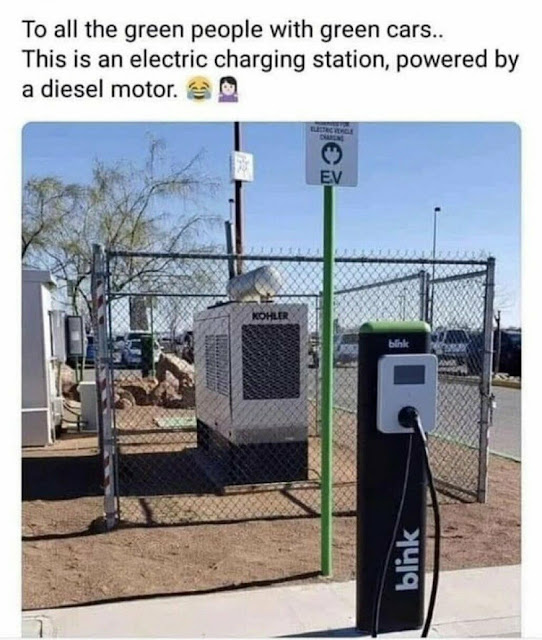 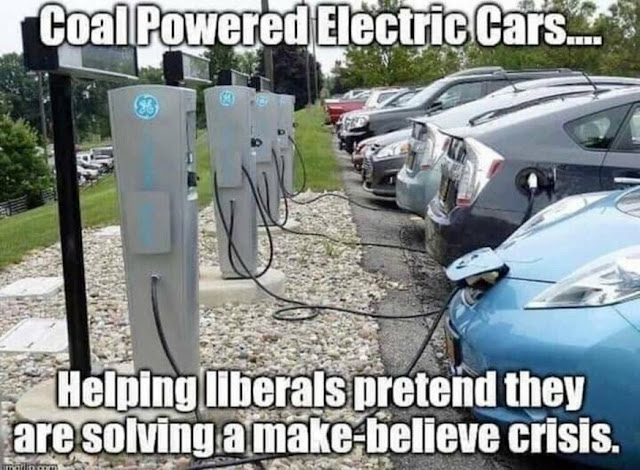 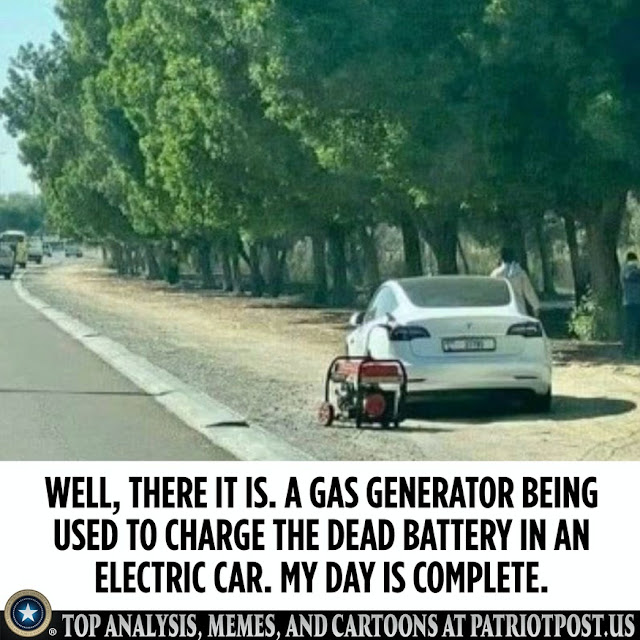 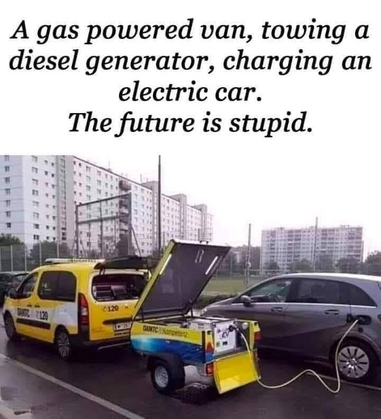 Thanks Mike!
By the way, a hybrid? Not such a terrible idea, as they get about 40-60 mpg. There's a shit ton of toxic non recycle lithium ion battery in them too, I understand.
So, yeah, there will be pollution, no matter how we get electricity, unless we use our intellect, and make hydro electric work smarter.
You don't HAVE to store electricity in batteries, the electricity generated CAN be used to power an electric motor that lifts or pump mass, which releases that energy when the direction changes, and the mass moves an electric generator.
OR, those long term iron batteries that last decades, take up the size of a warehouse, and are recycleable.
https://www.inquirer.com/business/pennsylvania-solar-renewable-iron-flow-battery-ess-sycamore-20220904.html
https://www.thedrive.com/news/3208/uc-irvine-accidentally-invents-a-battery-that-lasts-forever
at Tuesday, September 20, 2022

the best costumes and cosplayers from Comic Con SDCC, including Masquerade Ball
http://isurvivedthehallhline.blogspot.com/
and
http://isurvivedthehallhline.tumblr.com/
advice for my nephew at
http://uncles-advice.livejournal.com/
the best photography I've collected at
https://contentandcomposition.tumblr.com/
if you like reading, I'm putting together the best I've found in scrapbooks, anthologies, and poetry compilations
http://better-than-palgrave.blogspot.com
things done at home that make a significant visual or functional improvement
http://designandstyleathome.tumblr.com/
When I can find time, I'm going to put my best photos into a livejournal, the image size is enormous
http://justacarguy.livejournal.com//
And to show what an improvement a moment with photoshop 7 can do for old photos:
http://muchimproved.tumblr.com