When someone found a Purple Heart from World War II, the director of Veteran Services in Attleboro MA, thought it would be easy to find its rightful owner, after all, a bridge was named for the soldier. 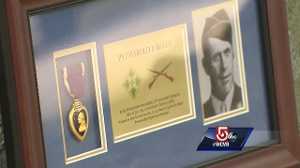 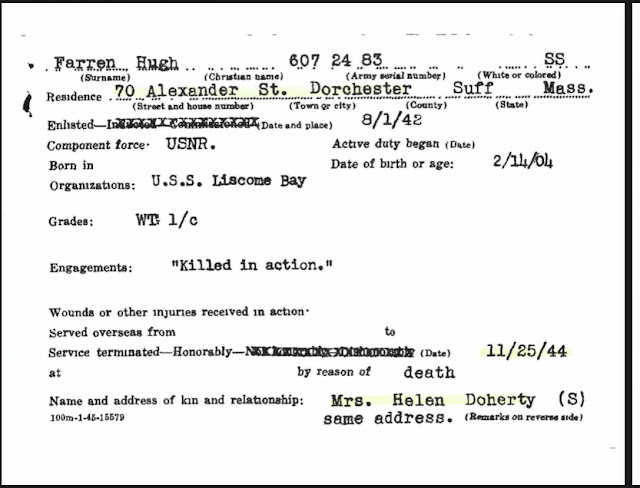 Hugh Farren of Boston died in 1944 on the USS Liscome Bay, during the last day of Normandy, and his purple heart was never in his family's possession until now.
A bridge was named in his honor, but relatives weren't easily found until social media and a news channel got involved, and a Boston tourist stopped in a pub in Ireland:
they visited Farren's Bar in Malin Head, Ireland, where they met a barkeep named Hugh Farren, who recognized the tourists' Boston accent and mentioned there was a footbridge in Boston named after his uncle.
When contacted by Quelle and sister station WCVB, Hugh Farren, the barkeep, said he was named after his uncle, who left for Boston in late 1928.
"The thought that a man who left here is still remembered and we have proof of the work that he did do when he did leave the island was something good, it means a lot for a lot of people. The Purple Heart is a big deal," said the barkeep.