Two CH-46s carried out a bombing raid on the snack shack on the flight line at Vandenberg in 1970. The Only Successful Bombing Raid on a USAF Missile Base in American History 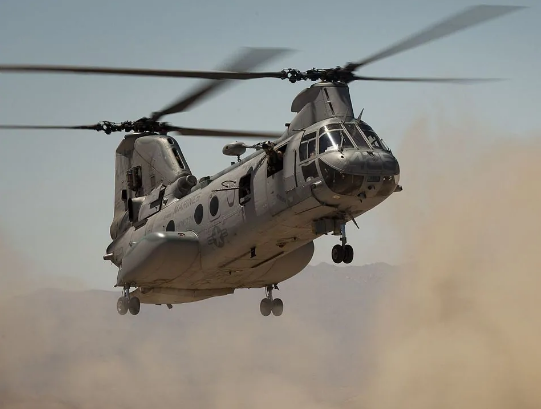 “I bombed Vandenberg Air Force Base with red and yellow, plastic ketchup and mustard bottles from my CH-46, and I was only an E-4.
Alex Landi, a former Marine and crew member aboard the legendary CH-46 “Phrog” transport helicopter
“We stopped at Vandenberg to refuel, in route from So Cal to San Francisco, and during the refuel, the pilot in charge said we could get lunch at the flight line snack shop. We four enlisted Marines went in and ordered our food. Almost immediately, a bunch of Air Force guys started ragging on us. Just penny-ante interservice rivalry stuff. We started jawjackin’ back. Just then, one of the co-pilots came in, saw what was happening and, not wanting any problems, told us to take our food and go eat on the choppers.

“We got our food and took a bunch of plastic, red and yellow, ketchup and mustard bottles with us to assemble our burgers. We ate on our birds and were just finishing up when the pilot in charge returned and asked why we were eating on the bird. We told him what happened, and we could see he was a bit pissed. He told us to get ready. We fired up the birds, taxied a very short way from our parking spots, and lifted off.
“The pilot hovered at about 50 feet, kicking up a lot of dust and making a racket. All the Air Force guys came running out to see what was going on, and that’s when we bombed them with the condiment bottles. They ran in every direction imaginable!

“It was hilarious, and those boys found out you don’t mess with Marines without getting some ‘feedback.’