photographer Bill Hao had a dream to take large landscape photos using the wet plate collodion process, and spent two years building his own giant camera and converting a bus into a portable darkroom so that he could take his wet plate photography on the road. 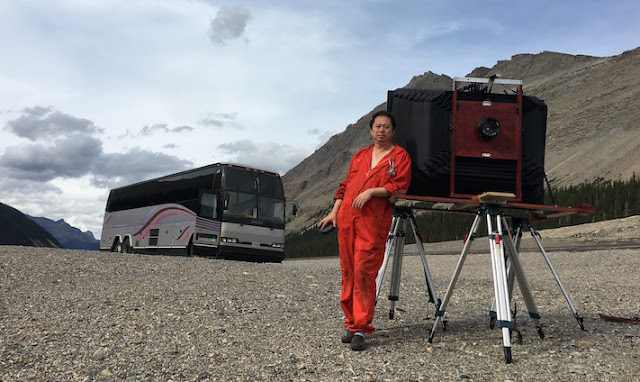 Passionate about landscape photography, Hao built his first 11″x11″ camera in 2015. At that time, he also converted a Dodge Caravan into a small darkroom. 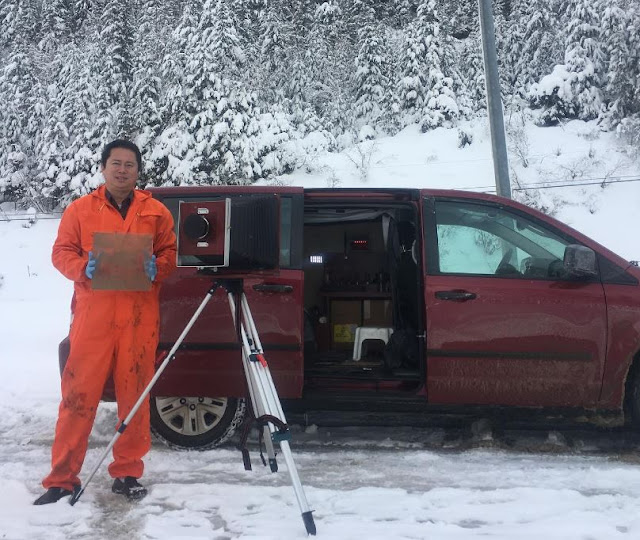 But, as time went on, he was looking to go bigger, and, with wet plate photography, the only way to do that is to scale up. So, in 2019, he set about creating something even bigger. 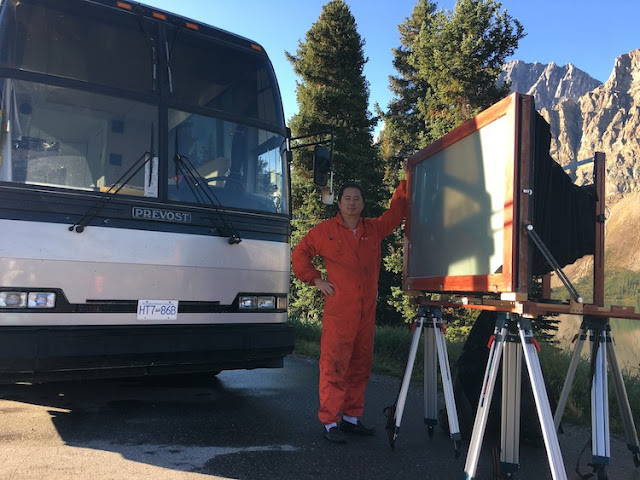 When completely open, the camera is 52″x37″x70″ and weighs 110 pounds. The lens and film holder adds an additional 44 pounds. Each of its three tripods weighs 22 pounds.

The glass plates that Hao uses are 3 mm thick and measure 32″×48″, giving him the large format that he's after. But, of course, the camera is only half the battle. So, he also spent eight months converting a bus into a darkroom, ensuring that he would have space for all the chemicals required, as well as electricity and water. As Hao likes to go off the grid in search of beautiful scenery, being self-sufficient was key.

Now he spends ample time in the Canadian Rockies. It's an environment he's quite familiar with after having operated a tour company in the area for 16 years.