What do you make of this? News reporter on the street with a portable broadcast rig? Looks like an antenna forward of the drivers side door 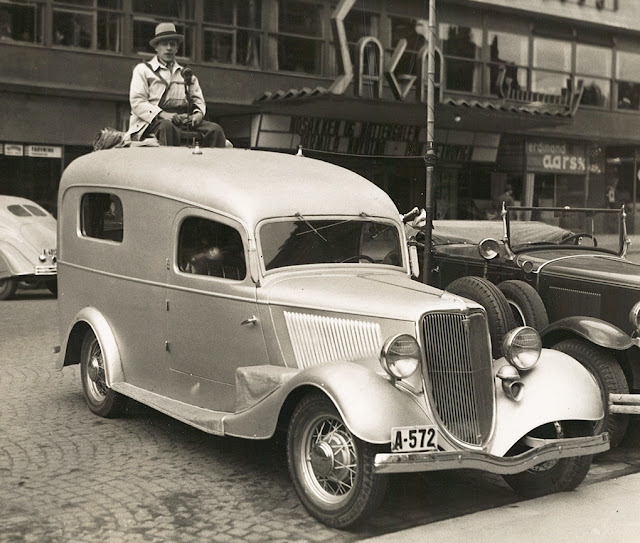 This is built on a 1934 Ford sedan delivery chassis and all the fenders, running boards, and the windshield and everything forward of it are factory.

The body and door are local manufacture, although the factory built sedan delivery did have suicide doors. 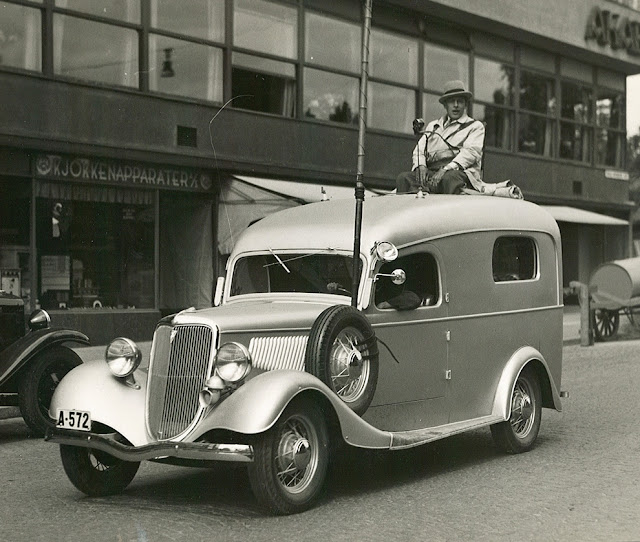 The photo was taken in 1936 however, as the Saga Theater across the street is showing the 1935 Austrian movie "Der Kosak und die Nachtigall" which translates into English as "The Cossack and the Nightingale" and into Norwegian as "Kosakken og Nattergalen."

The movie starred the Czech soprano Jarmilas Novotna and the marquee shows both "Kosakken og Nattergalen" and "Jarmilas Novotna." Although filmed in 1934 and debuting in Austria in June 1935, the movie was not released in Scandinavia until September 1936.