Dieter Klein has traveled the world in search of the perfect abandoned car photo Thanks Doug! 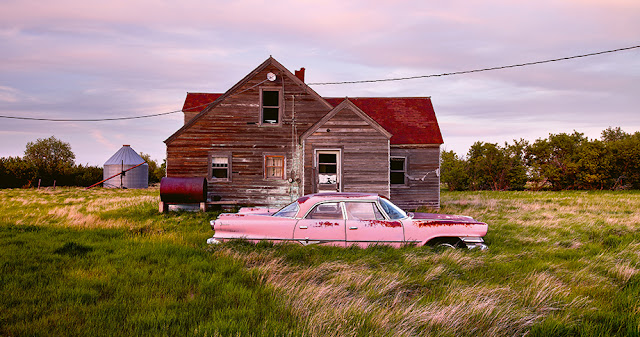 “It was the last corner of America, really in the middle of nowhere, six miles to Canada, 20 miles to North Dakota, in a town with six houses. There is nothing; nobody who cares about anything. So it meant that the abandoned car could be left and would remain forever untouched by anybody.”

The car is a 1960 Dodge. It sits in front of an empty clapboard house. The house and car are surrounded by grass. There’s no driveway, no garage.

His book, Lost Wheels, The Nostalgic Beauty of Abandoned Cars is the culmination of 240 days traveling 44,000 miles, which accounts for around 10 percent of the time he devoted to it. “The other 90 percent is research.” 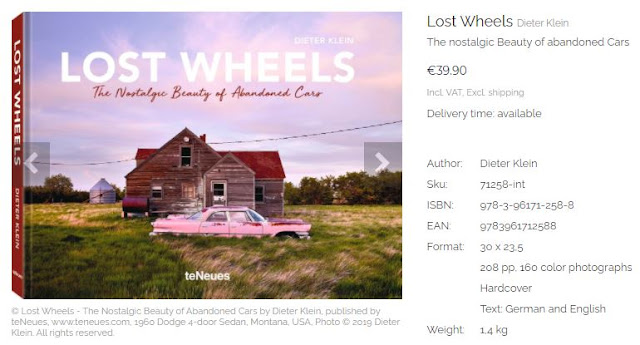 His research  method is to track down anyone with a connection to the property. He doesn’t photograph a scene without the permission of land or property owners, partly out of respect and partly because he wants to learn the story behind the scene, something the German says is lost on today’s young generation of photographers.

So this Dodge, in the middle of nowhere, near the U.S.-Canada border, had him knocking on the handful of doors in the area, when he meets Dale. Dale’s father had parked the Dodge in front of his house two days before he died. That was in 1977. Dale, now over seventy himself, had no use of the car or the house, and chose to leave the scene undisturbed—a memorial if you will—out of respect to his father.