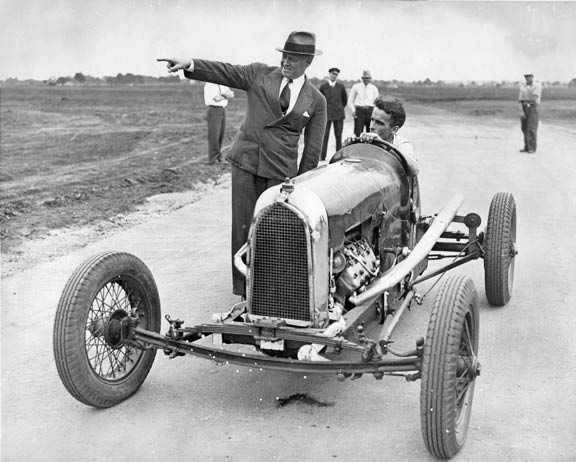 The "man in the felt hat" was 54-year old George Robertson, vice-president and manager of the new Roosevelt Raceway in Westbury. Robertson was the winner of the 1908 Vanderbilt Cup Race in the "Old 16" Locomobile and participated in the 1905 American Elimination Trial driving a Christie.

This photo was taken on the track of Roosevelt Raceway, which was still under construction. The likely date was June 12, 1936, the official press "ground-breaking" day for the track which promoted the 1936 Vanderbilt Cup Race. 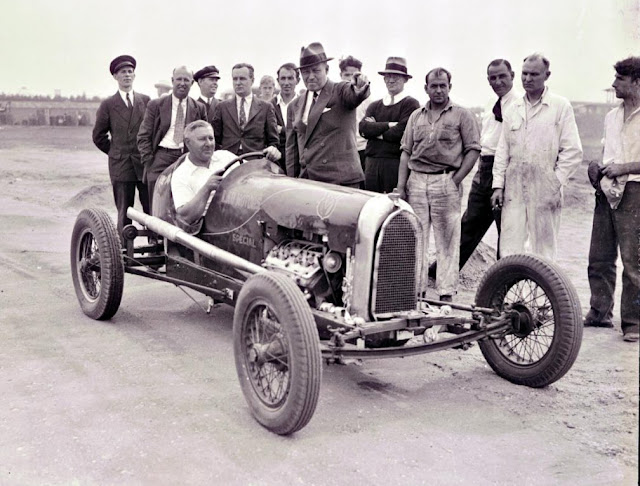 The logo on the racer reads "Lau Motors Special." There was no Lau Motors Special in the 1936 race.
My guess is that it was a photo op (obviously) where the race track needed someone quickly to show up with any race car they could bring, because the track wasn't finished and operating yet, but some newpaper wanted to get photos to run with the story