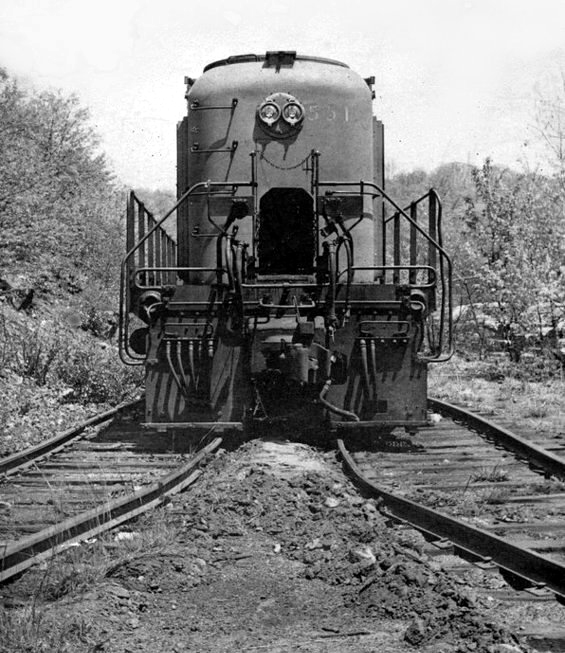 This photo appeared in Life Magazine in 1965. It shows a diesel engine that came up from Waterbury.

Just after crossing Falls Avenue and passing into Oakville, it jumped the track and ended up in this predicament.

The track on the left was a dead end spur that went behind the north side of the Pin Shop. This spur allowed railroad cars to be loaded and unloaded without blocking the main track.

On the right, hidden among the trees are the remains of the old Oakville Train Depot.

The station was built in 1907 but slowly fell into disrepair. Sometime before this picture was taken, it burned.

Today the cement steps and loading platform are all that remain of the once handsome building.

Railroad service to Oakville and Watertown ended in February of 1974. The tracks were torn up that summer.