The interior of a 1926 Rolls Royce Phantom Brougham De Ville, only 40,000 miles since new. Probably the most expensive Rolls Royce ever made 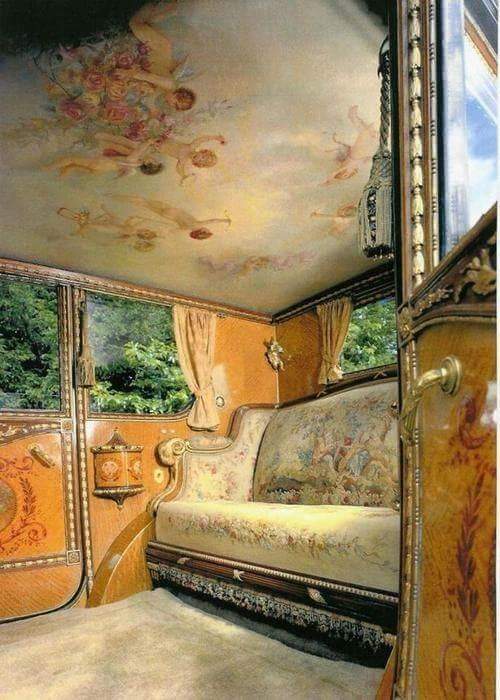 close up detail of the above image 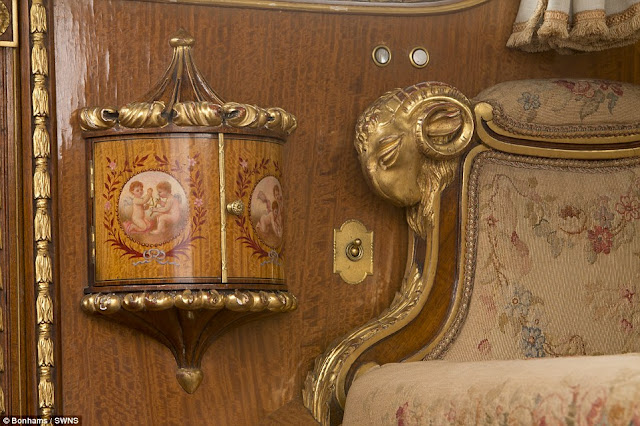 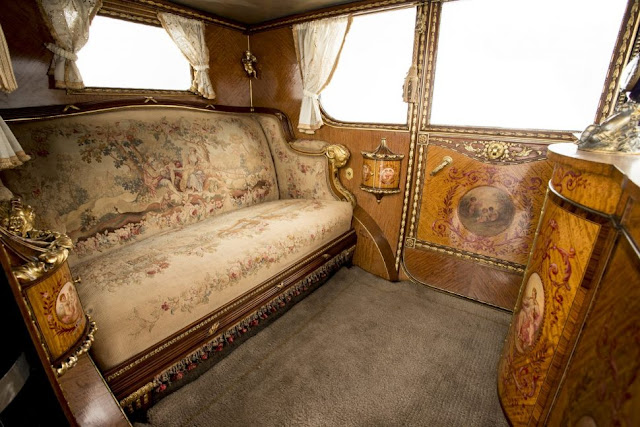 All of the woodwork for the interior, panels, cabinets and window trim was done in the Clark shop, but some of the more elaborate carving was done in London with the elaborate paintings of cherubs on the headliner done by a Frenchman living there. 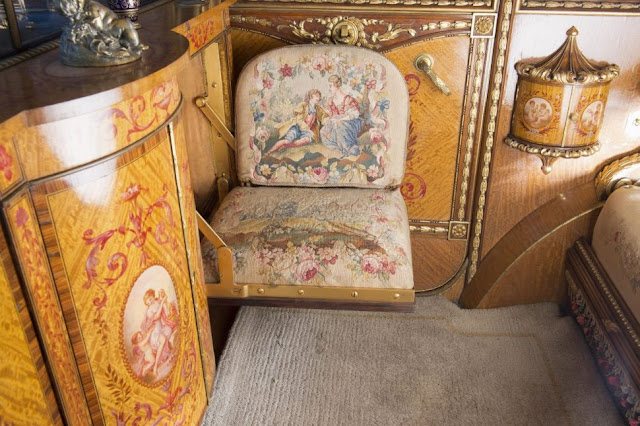 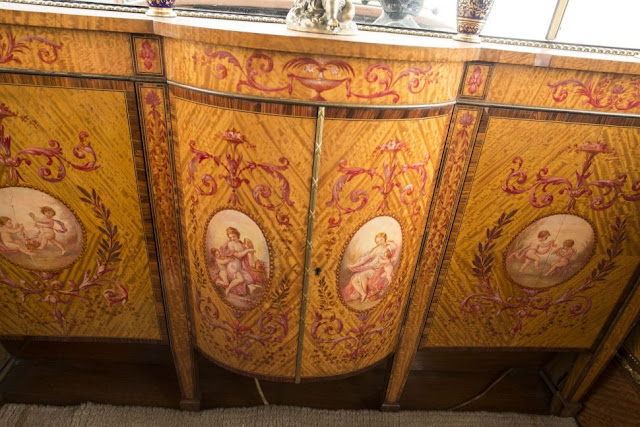 Mr C W Gasque was an American businessman of French ancestry living in London who was a director of F W Woolworth and Co and whose wife was a Woolworth heiress.. The car was to be a surprise present for his wife and the body was certainly one of the most wonderfully crafted and exotic ever built on a motor car. Mr Gasque obviously had great confidence in the taste and the integrity of Mr Barnett as he left both the design details and the price to his discretion. Mr Gasque’s only stipulation was that the interior should be in the antique French style.

Mr Barnett visited London’s Victoria & Albert Museum where he saw a Sedan Chair which had belonged to Marie Antoinette. This was a miniature carriage, designed to be carried by two strong men, and it had a painted ceiling which inspired him to commission a French artist to paint a similar ceiling for the new car. This ceiling, which is painted with charming amoretti and pink roses, was raised slightly to enable the installation of hidden lighting. The unknown artist also painted - very much in the style of Angelica Kauffman or Adam Buck the ovals and roundels on the quartered satinwood veneers to the doors, central division and revolving vanities.

The central division has the appearance of a highly decorative antique commode or chiffoniere which is raised on square tapered legs with spade feet, the central two door bow fronted cupboardof which conceals two shelves with a decanter, a flask, a silver salver, glasses and a porcelain bonbonnière.This cupboard is flanked on each side by hidden doors concealing the tapestry covered, gilt metal framed occasional seats.. This elaborate division is surmounted by a small French ormolu clock and two French porcelain vases containing gilt metal and enamel flowers. The central part of the interior is, in fact, more English than French in feeling and is typical of the late Victorian or Edwardian fashion for painted satinwood furniture in the style of a century before. 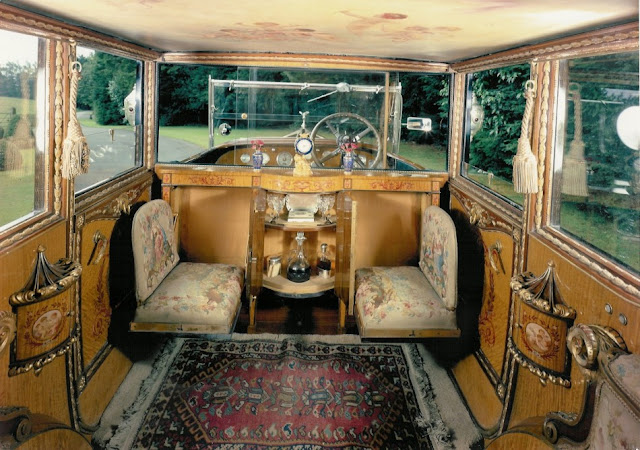 It is most probable that this body was the most costly ever built on a Rolls-Royce chassis. and therefore that the complete car was the most expensive Rolls-Royce ever built. Neither Mr or Mrs Gasque had any idea of how this magnificent gift looked until it was delivered to their London residence in April 1927. Incidentally, this ten month gap between the start and the finish of the construction of the coachwork is about three times the normal time taken by coachbuilders for bodies of similar style..

The Gasques were to enjoy their splendid carriage for only 18 months as Mr Gasque died in October 1928. The car was put into storage where it remained until the death of Mrs Gasque in 1952 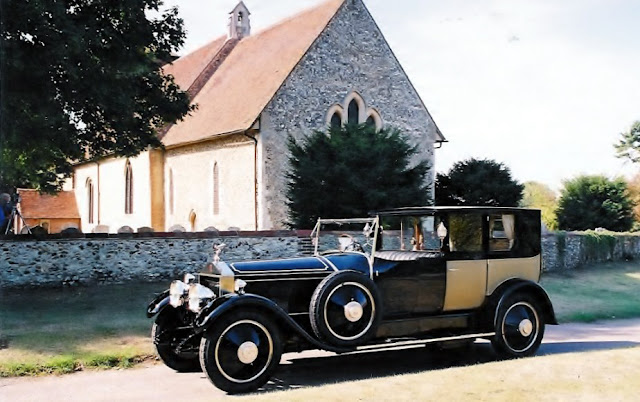