what in the world were three movie star Duesenbergs doing in Manitowac Wisconsin in 1962? 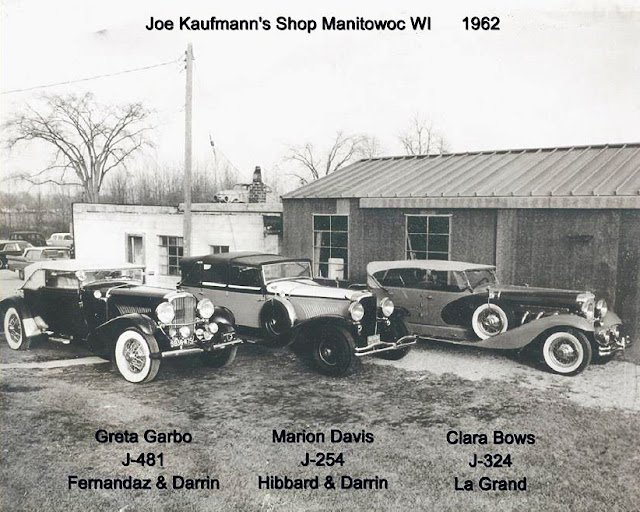 Steve looked into it, and found that Merlyn "Joe" Kaufmann was the consummate restorer of Duesenbergs. If you had a Duesenberg Model J - or any other Duesenberg for that matter - he was the go to guy for restoration.

He was particularly proud of his work on the famous Duesenbergs owned by Clark Gable, Gary Cooper, Marion Davies and Greta Garbo.

The Greta Garbo car was up for auction when someone passed away and the estate was sold off, and a guy in Green Bay Wisconsin, Pete Warvel, bought it, and added it to his collection.

Marion Davis was the actress William Randolf Hearst was having an affair with, and her Duesey was found in San Diego
at Sunday, December 20, 2015