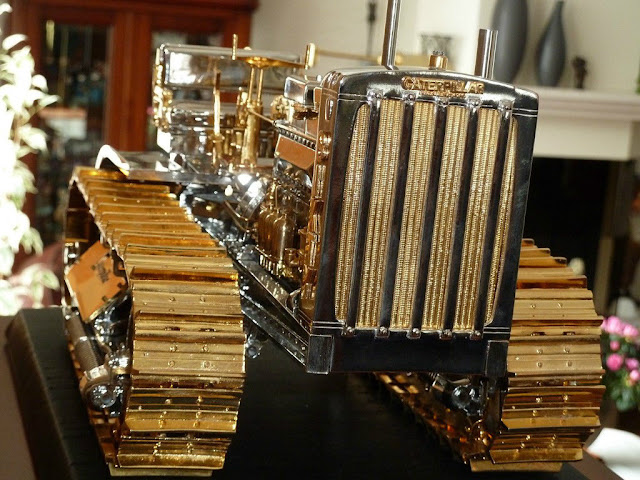 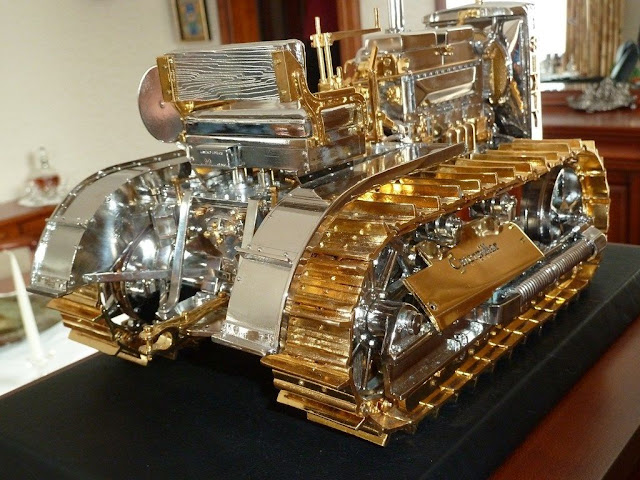 this model of the Diesel Sixty tractor was released in 1991 in a limited number of only 500 world-wide to commemorate the 60th anniversary of the first Caterpillar Diesel Sixty.  It has been made of sterling silver and gold plated metal and bears a real diamond in the radiator cap. One was stolen from a Cat dealer in England, in 2009, and they felt it was worth 53,000 pounds. Far more than the 12 thou this is going for on Ebay http://news.bbc.co.uk/2/hi/uk_news/england/staffordshire/7829736.stm

Which might be the finished version of the 1/5th scale model at http://scalecaterpillar.blogspot.com/2010_12_01_archive.html because there are some obvious differences, like the front bumper and intake manifold 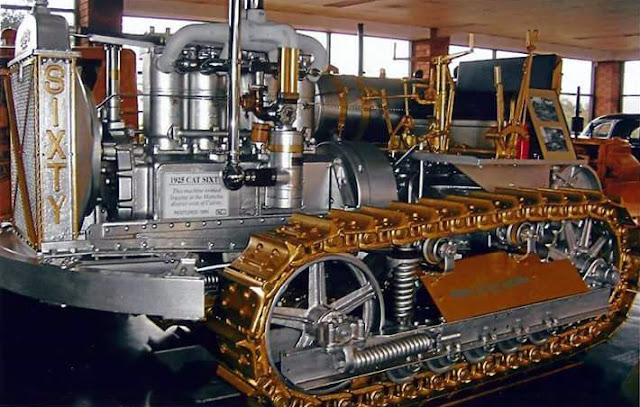