a couple cool behind the scenes photos of the Super Bird that was used in the Jerry Seinfeld video with Will Ferrell, Comedians in cars Getting Coffee 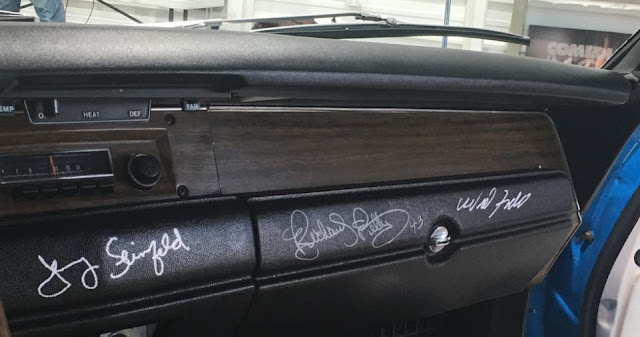 Not only did Jerry Seinfeld autograph the dash, so did Will Ferrell (and Richard Petty!) and notice in the upper right hand corner of the photo, is a black box with "Comedians" labeled on it 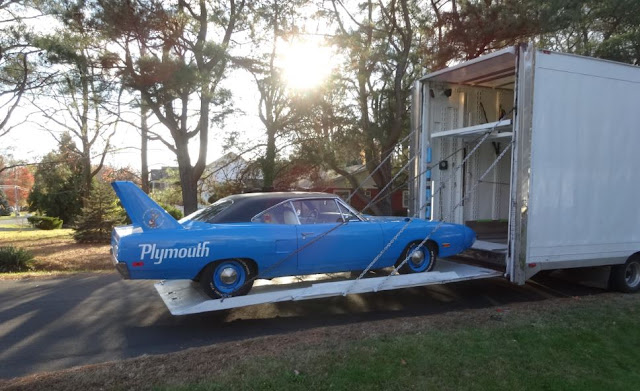 In October, Kevin participated in the Winged Car reunion at the Talladega NASCAR race. Jerry Seinfeld and his producer were watching the pre-race parade of Winged Cars.

Kevin's 'Bird was seen on TV and Jerry and his producer knew it was the perfect fit for the up-coming interview with Will Ferrell, due to the Talladega Nights movie.

They contacted the Winged Car club, asked who owned the Petty Blue 'Bird seen on TV. Kevin was contacted and agreed to the car being hauled to L.A.

Kevin was too busy at work to take off, and allowed to car to go alone. 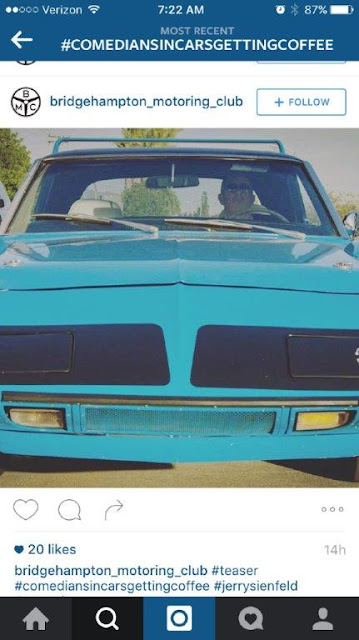 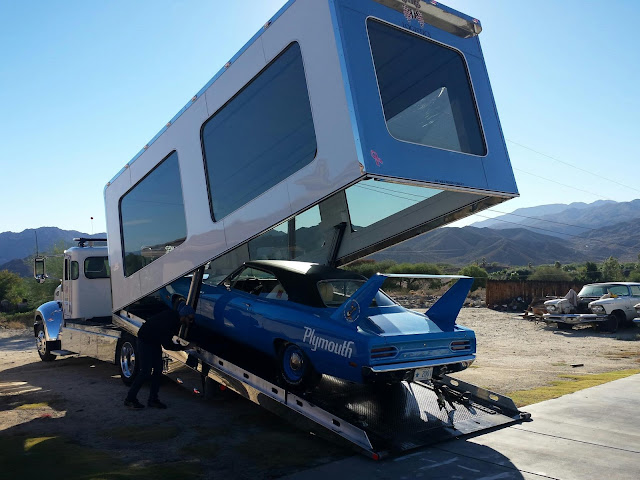 interesting license plate on the back of the Super Bird... they are vintage 1970 State / County issue tags. They begin with a "Star" then 4-digits. His is *2001 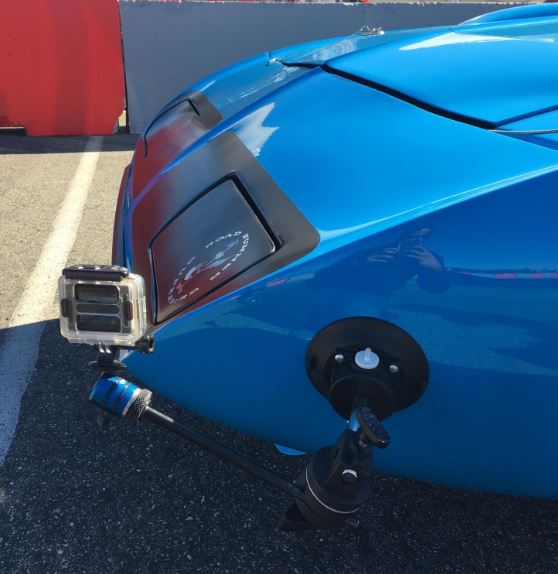