A 1928 4.5-litre Bentley (one of 8) taken apart and kept in boxes for 58 years all over a three-storey house, because after buying it as a young man while a student, he had no place to store it, and never was able to afford to reassemble it. 39,000 miles only 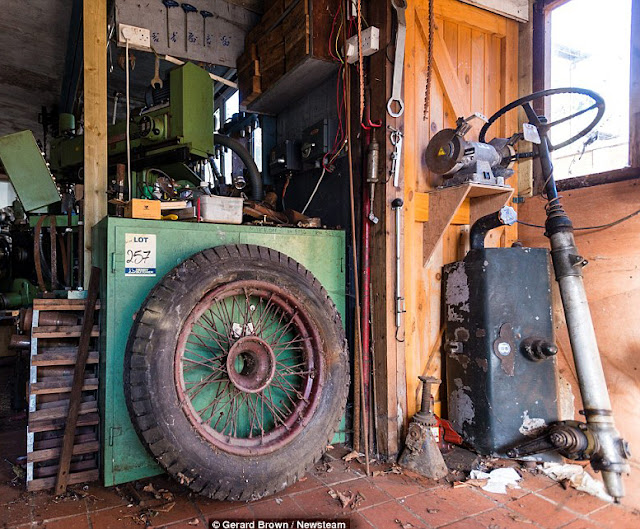 Former English teacher Mr Wallace bought the car for £280 in 1962 but could not afford to run it because he was a student at the time. And with nowhere to store it, he took apart the components and kept them at his townhouse where they remained for 58 years. He even kept a log of every part with photographs - and some were stored in jars of oil in the hope that one day it would be restored.

But Mr Wallace's wish only came true after his death when his daughter Bea Wallace-Hartstone called in a specialist Bentley dealership. A team of 12 specialists from the Medcalf Collection then spent ten months putting the pieces together to make it fully driveable again. 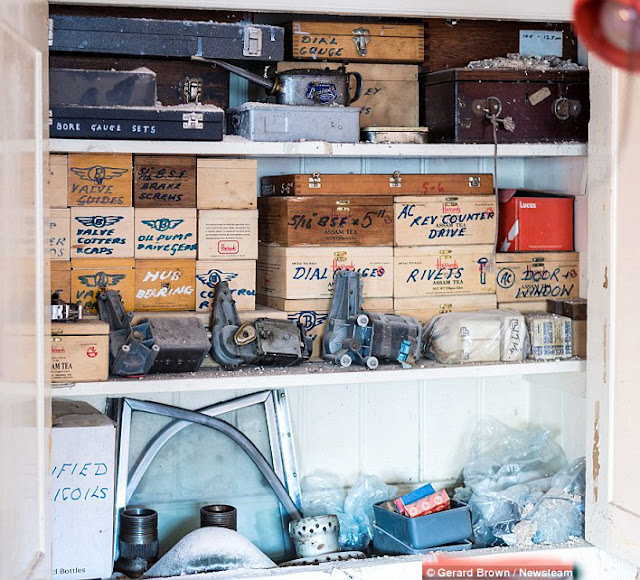 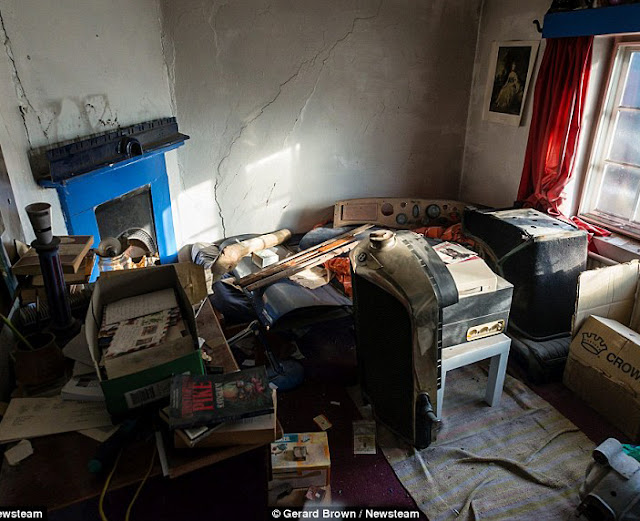 As William and the team from the Medcalf Collection continued to explore the house, they found headlights under the bed, while the dashboard and radiator were hidden in the spare room, on the bare entrance hall floorboards was a Bentley cylinder block. I saw a clutch on the stairs, then the conrods – there were literally bits everywhere and throughout the three-storey house.”

Stuart’s daughter then informed William that her father had a garage. On the roof was the bodywork, stored in broad daylight for all to see. In the undergrowth that surrounded said garage lurked a tarpaulin – a tarpaulin that covered a large metal chest containing more missing pieces of the puzzle. 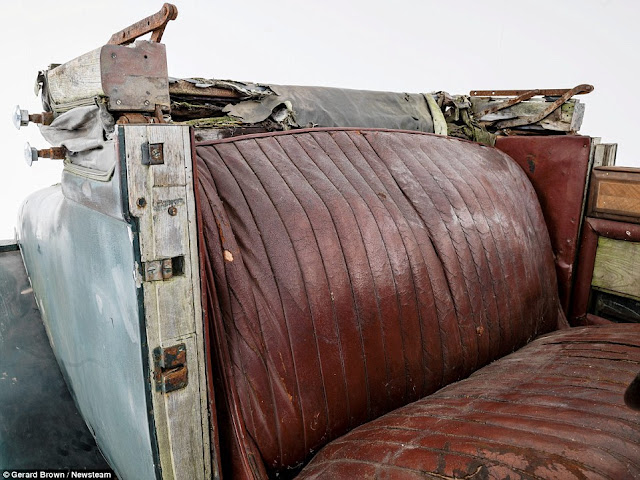 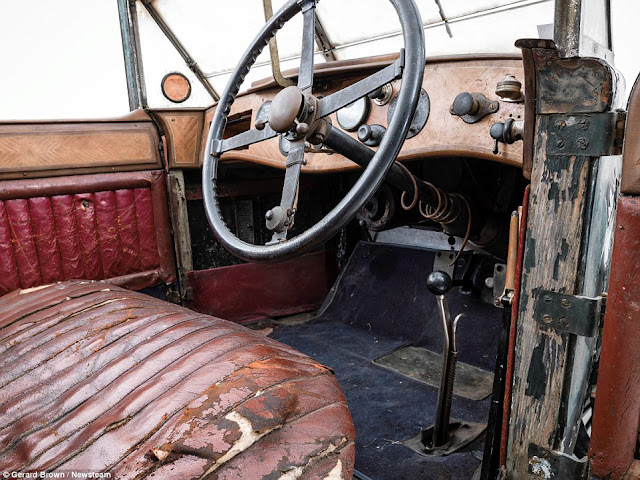 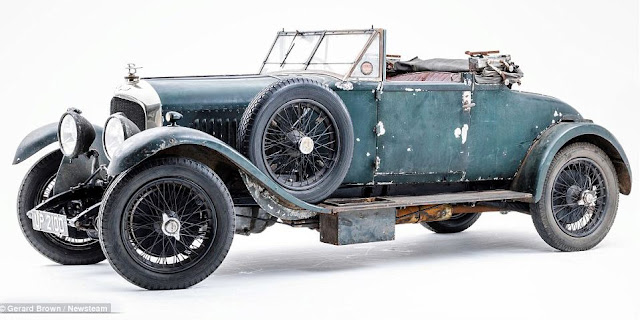