this Spitfire was restored, and they had to figure out what it's history was before they could get it certified ready for flight 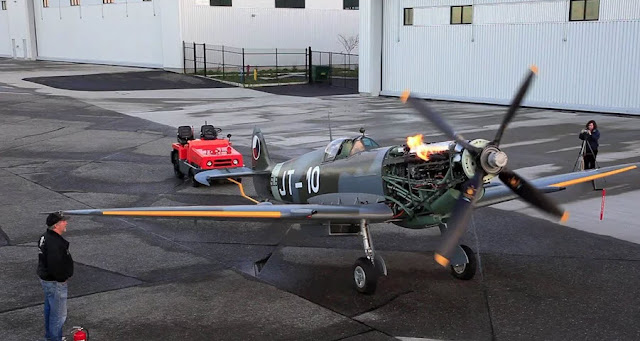 The Isreali Air Force had acquired it in 1948, belly landed it in Burma in 54, the Burmese repaired it and flew it until '57

A researcher was hired who went through the Israeli archives and he found “Ex 633” written on an aircraft servicing form. Learning this led to finding its whole history

RAF Spitfire SL633 was built in at the end of WWII in 1945 and with 53 others it would be part of a Czech fighter wing. There it was used in various roles until the communist takeover in 1948. The Czechs had promised to help the new Israeli state with military arms and the SL633 was part of that aid package.