if a thief steals stuff from your car, and you want your insurance company to pay you it's value so you can replace it, you have to file a police report, here's what the preliminary looks like.... 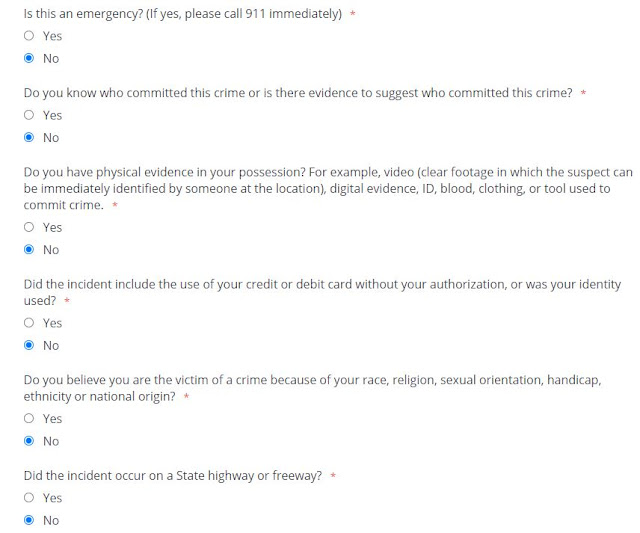 the special treatment clauses are if you can tell the police who did the crime, like, do their job for you... wait, why did I think the police solved crimes? Oh yeah, Hollywood has been telling me that since I was old enough to watch Starsky and Hutch, and Barney Miller, in the 70s.

The police do not have any job description about solving crimes, or preventing them. I recently saw a news article about the police being sued in court, and winning, as they have no constitutional obligation to return on the tax payers dollar, services such as crime solving, prevention, or evidence gathering. They are an enforcement arm of the local govt, basically a tax collector, in which you go to jail if you piss off the govt. I didn't say anything about it being breaking a law. There are a lot of people in jail who haven't broken a law, and a lot of people, especially politicians, who have broken laws who are not in jail. RHIP

I'll be damned, I just figured out how to get the police to solve my case, and arrest the thief... I must point out to the police that not only did he commit a crime, he wrote a false police report. 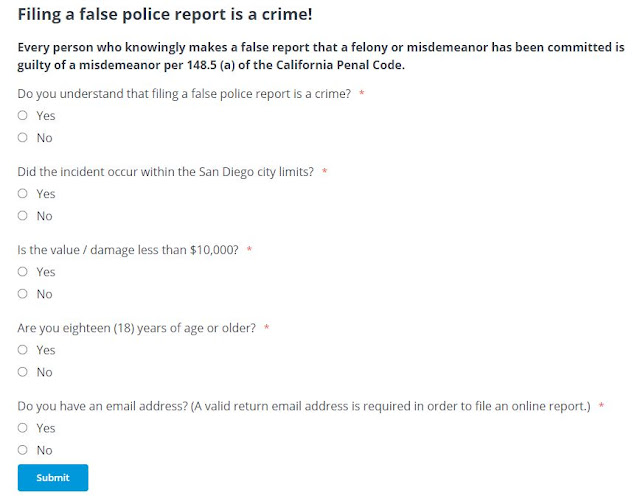 Obviously, the police have no problem fucking with law abiding people who volunteer their address, phone number, employer, and drivers license etc etc... they simply can't do a fucking thing to find the thiefs. So, filing a "false" police report is something they will work on, and nail you for, but stealing peoples stuff out of their car? Nope. If they don't get a name and address, or report of a "hate crime" they ain't going to do shit about it accept give it a police report number. Big fucking deal.

Why there is a special clause about the amount of the value or damage being over 10 thousand dollars? Maybe that's what it takes to get a detective to look at the report? Maybe just to categorize it as something that matters more than petty theft 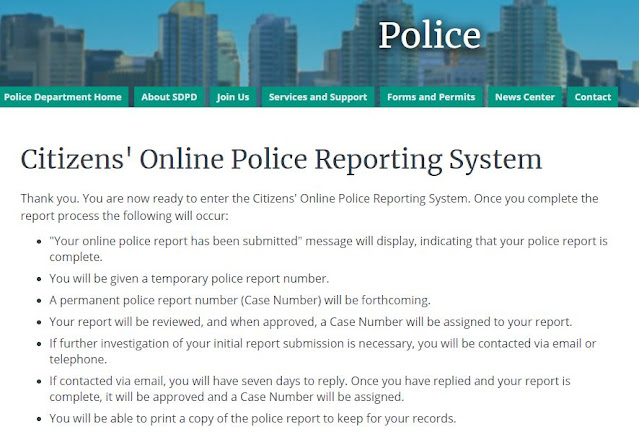 then you get to do the job of the desk sgt for them, you know, and pay taxes at the same time, so they can do a job, just not the one you'd like them to do... by filling in the police report instead of a cop doing it.

Then a page or two later, you find out if you've got the right police dept by jurisdiction... and since I see police a block away sitting and eating donuts, I figure my street is in their jurisdiction. But you won't find out until after you volunteer your name, drvrs license, and phone number, and email. 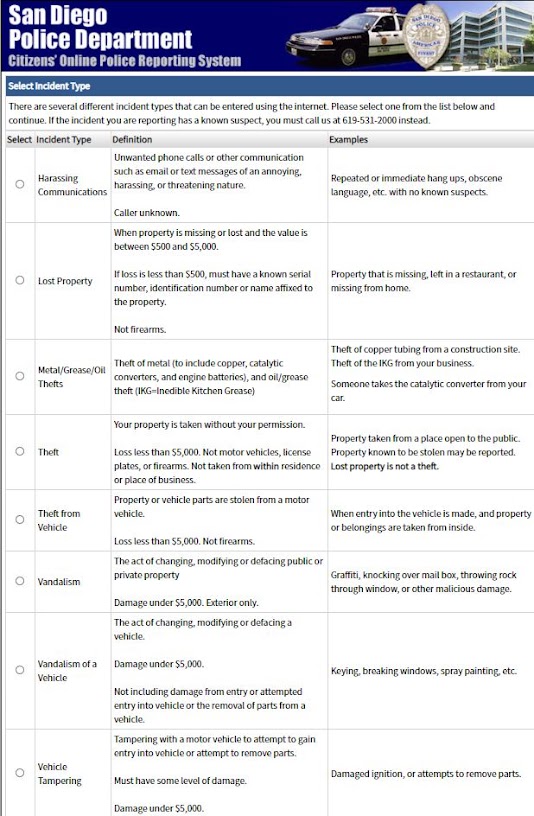 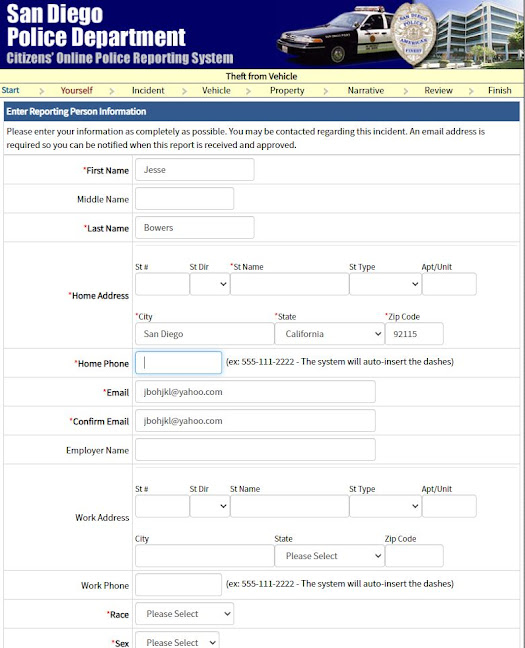 PS, update Dec 17th
So, the insurance company called me up and let me know what the end result was
It goes like this, first, you tell them what was stolen
they figure out a value,
they subtract your deductible,
then they subtract a factor of profit they will keep called "depreciation"
I don't remember ever hearing from an insurance company, or anyone else, that THEY factor what depreciation occurs to your stuff, or how they arrive at this number.
What they offer to cushion the cut into what you expect to get, is that if you purchase replacements for what was stolen, they will refund you some of the "depreciation" which is in reality, the extra profit they want to keep
Then they send you funds via debit cards, or electronic funds transfers, etc etc
summed it all up, they tell me I had 2300 dollars worth of stuff stolen,
they figure they'll keep 700 dollars and call it depreciation
and the 500 deductible,
so they offer me 1100.
I suggest that you work out the math on your stuff if it's ever stolen from you.
X is the amount you figure they should pay you, or the amount you've paid for insurance you've never made a claim on, if you figure that you want them to pay it back to you so you break even after all the years of paying in.
Ded is the deductible
Dep is the depreciation factor of about 30% of what they figure your stuff was worth
X = Amount they will offer + (Ded + Dep)
So tell them you had (X + (Ded + Dep))  as they will then offer some amount equal to about that.
at Tuesday, December 15, 2020