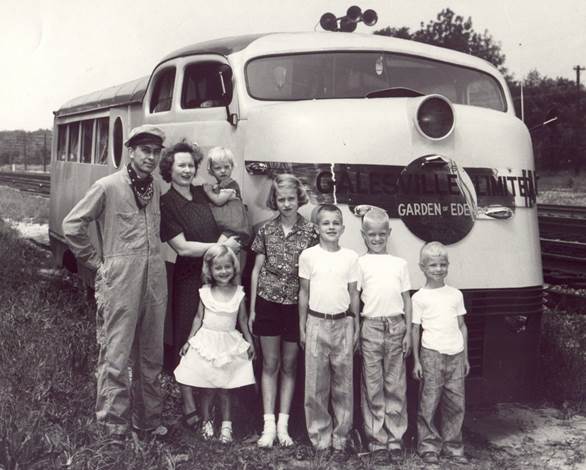 A 1938 Ford coupe was cut down the middle and a center section from another 2-door was spliced in to widen the over-engine cab to eight feet. Tgen they worked on the structural steel fabrication and the closets and other woodwork.

A new Chevrolet cab-over truck front hood was rebuilt to the same proportions as the Northwestern 400 diesel train engine. 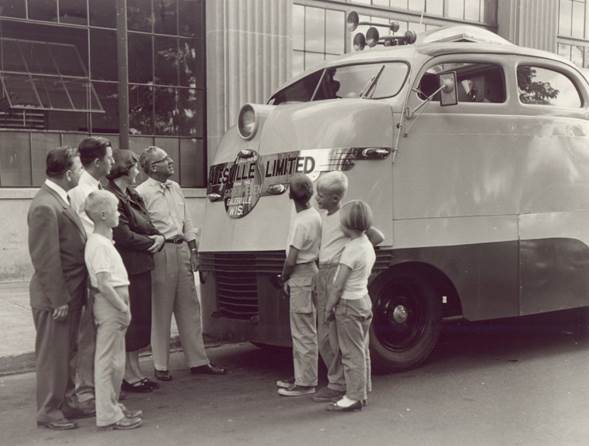 When the family had grown, the Galesville Limited needed to be expanded again. This time the bus was extended five feet to the rear. Then a new Buick complete with Dynaflo transmission for about $500. This was installed in back of a Ford truck rear axle modified to run backwards.

The extra five feet gave them room for a full double bed, a crib for the youngest, additional closets and a washer and dryer as well as air conditioning. Then they were ready to finish their honeymoon trip to Washington D.C. in 1952, 16 years and seven children later.

They tried to visit state capitols along the way, towing a Jeep behind, but Indiana had a 40-foot length limit, so they had to disconnect and drive it separately. The Limited was 33 feet and, with the hitch and Jeep, it totaled 45 feet. 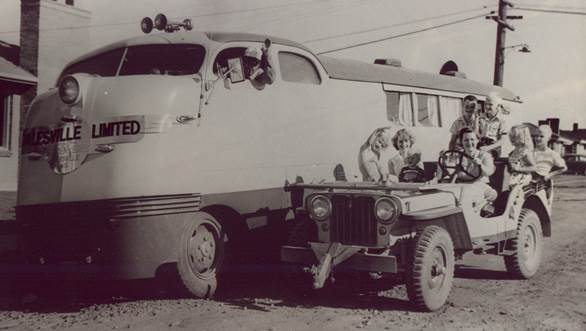 Having dual engines and transmissions caused problems now and then, and that was the downfall of the Limited. In '56 it was parked on the family farm and the boys used it as a bunkhouse