the Avon collectible bottles, just as wide a variety as the Jim Beam bottles, but cost a fraction as much 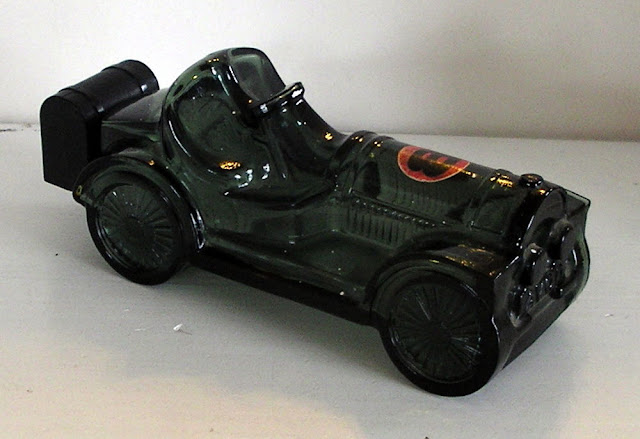 AVON’s beginnings date back to 1886 when David H. McConnell, a book salesman, began giving away small vials of perfume to customers in an attempt to increase interest and sales of his books. Soon, however, interest in the perfumes outpaced that of his books, and eventually McConnell began to manufacture perfumes.

One of his most popular fragrances was named “Avon”, and, perhaps in part because of the strong popularity of that perfume, customers began asking for his line of products under the name “Avon”.

In about 1938 he changed the company name again to Avon Products, Inc.

In 1965 Avon began promoting the sale of figural bottles, no doubt influenced by the success of the Jim Beam sales of bottles that weren't bought for the content, but for a collection

The most popular series within the sphere of Avon figural bottles would be their line of glass automobiles, including representations of early classic vehicles as well as various “race car” models. Most of the car bottles date from around 1968 and throughout the 1970s.

Other bottles often collected along with the cars include boats, ships and other vehicles. The car bottles were made in a variety of attractive colors, including sapphire blue, rich emerald green, light golden amber 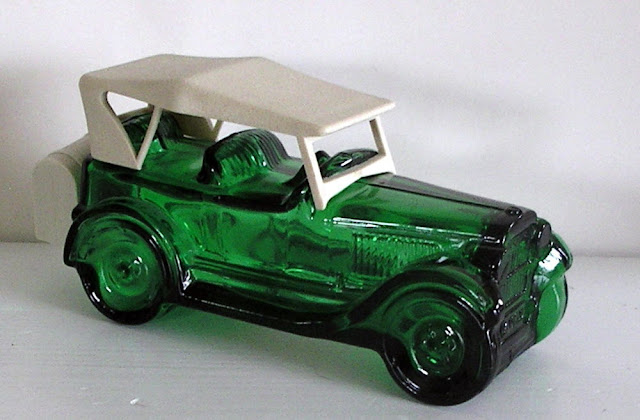 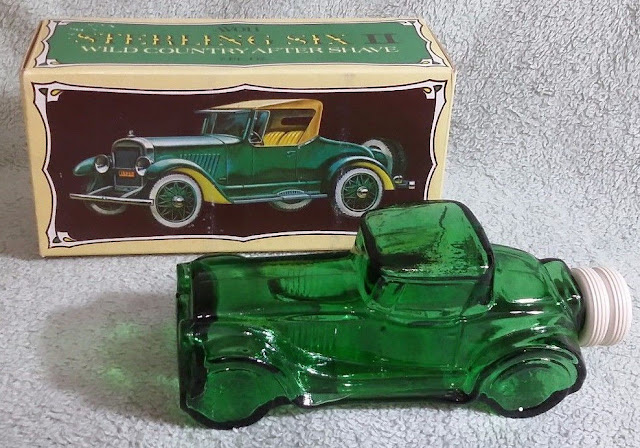 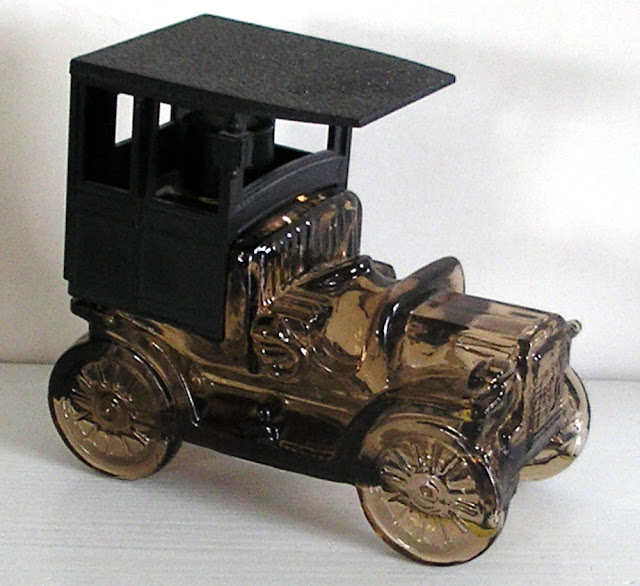 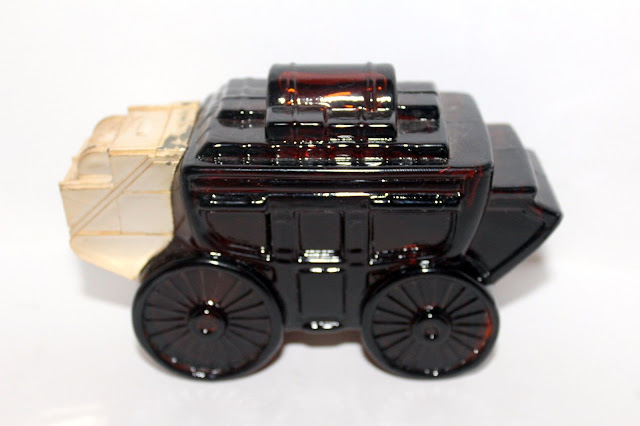 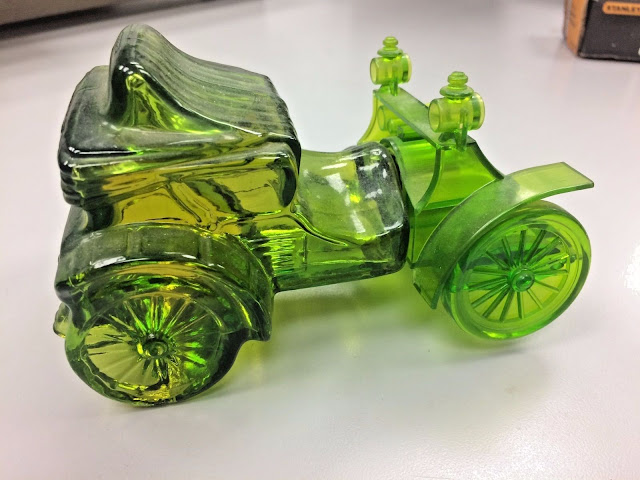 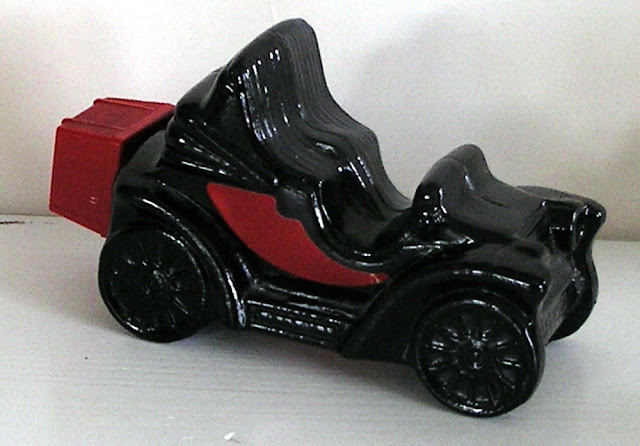 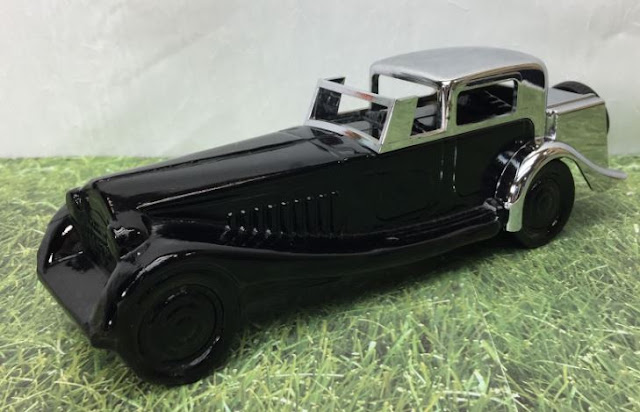 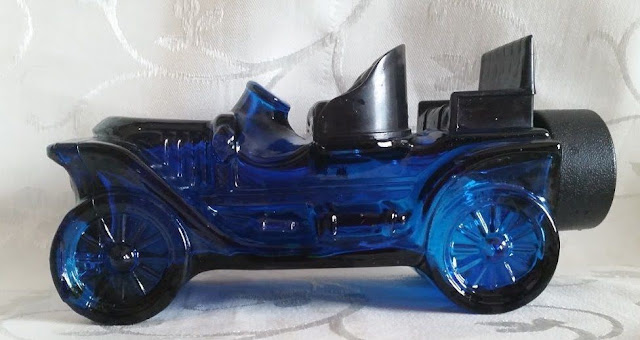 The “heyday” of the Avon figural bottles was during the 1965-1980 time frame, although the oversupply of these bottles has resulted in a “flat” market for a good majority of them. They are seen in large numbers at many yard sales, flea markets and thrift stores. Most larger antique malls also will at least a few booths that carry Avon bottles.

Many people have now discovered that they have not held their value (or increased in value) as much as they had hoped, now realizing that Avon were cute, but a bad choice for investments

Bud Hastin has the only updated book on the market of Avon collectibles, and it's been reprinted 17 times so far, it's referred to as the encyclopedia of the genre. Serious collectors and garage sales alike can’t do without his collectors encyclopedia. It showcases the Avon products in over 200 categories: manicure sets, men's and women's sets, decanters, samples and demonstrator kits, bottles, tins, jars, soaps, plates, and catalogs https://www.amazon.com/exec/obidos/ASIN/1574325655/avoncollectibles

But you can read all his advice on the topic right here http://findavon.com/blog/helpful-hints-from-bud-hastin-author-of-the-1-best-selling-avon-collectors-encyclopedia/
at Monday, February 27, 2017