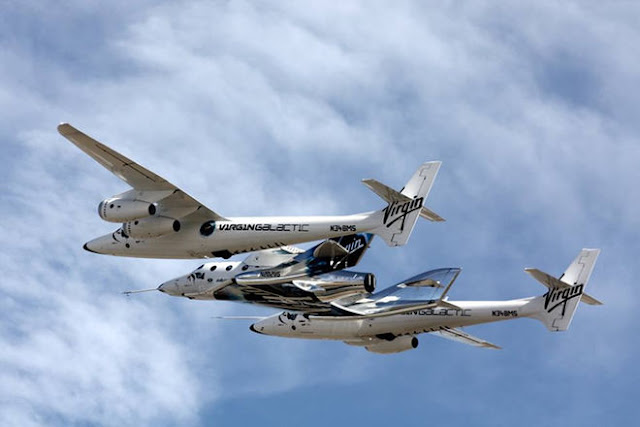 It had a huge setback in 2014 when it's spacecraft crashed into the desert, but they are back to testing and making press releases about space tourism

The company’s space craft, called Unity, was carried up to about 50,000 feet by the mothership - Eve, the dual-fuselage, four-engine aircraft that piggybacks the spacecraft for a mid-air launch.

This flight was Eve’s 226th flight, so it seems safe to say that the craft has proven itself. The other half of Virgin Galactic’s human spaceflight system, still has some way to go in this respect, though.

But after the fatal crash of Virgin’s first SpaceShipTwo in 2014, this successful test suggests that things may be back on track for Virgin Galactic.

Founded by Sir Richard Branson, Virgin Galactic aims to build a fleet of SpaceShipTwo vehicles to fly paying passengers on round trips to suborbital space. The spacecraft is designed to launch six passengers and two pilots 62 miles above the planet, where they will experience several minutes of weightlessness and witness views of Earth from space. Tickets for the flight cost $250,000.

I find the lack of  pretentiousness amusing, the place they fly from is just named Space Port, and the manufacturing of the craft is named The Spaceship Company