enthusiasm, unlimited budget, and lots of driving experience. Bring those and you should be fine at a race, right? We will find out, this weekend, when Jay Leno takes on the Mint 400 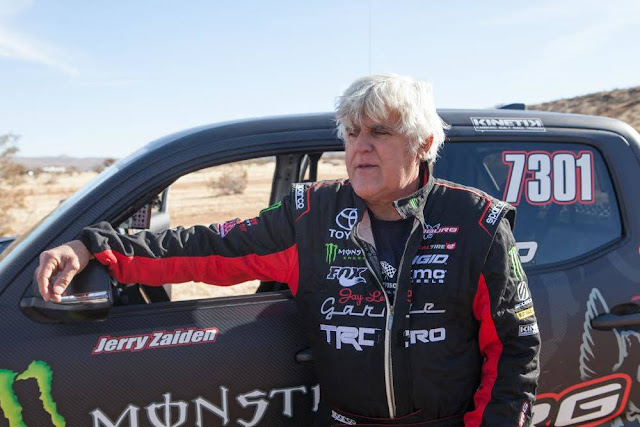 His co-driver will be Ryan Millen

Leno’s Mint 400 experience will be featured in an episode of the Emmy-winning “Jay Leno’s Garage” and is expected to expose the sport to a new audience. He adds his name to a long list of celebrity drivers who have competed in Las Vegas’ treacherous and iconic off-road race.