the Williams Garage vs hate filled neighbors (or religious fantaics?) with a vendetta 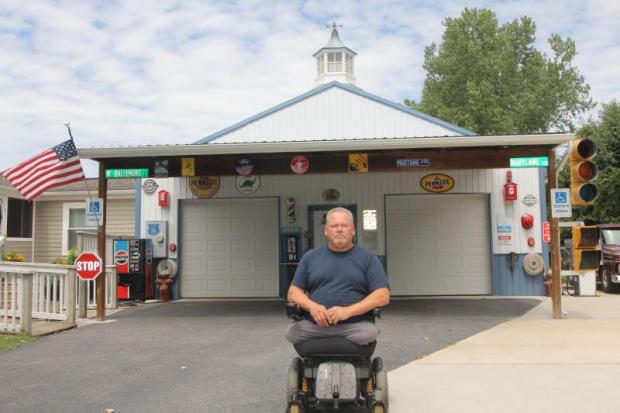 For six years, three property owners on Martin Farm Road have waged a battle against Williams over his four-car garage that they say he is using to run a car repair business. His immediate neighbor, Margaret Foulke, said she has complained hundreds of times to Sussex County officials about noise, odors and traffic coming from Williams’ property, while neighbors John and Carol Kane, who live about 800 feet down the street, have complained about what they say is an illegal building on the property. “And we got nowhere,” Carol Kane said.

In 2014, the Kanes, Foulke and Foulke’s nephew, Robert Walker Jr. – who used to live in a house next to Williams on land bought from Williams – filed a suit against Williams in Chancery Court, hoping to stop him from working on cars in his garage and force him to tear down the structure that they say was built illegally.


A Chancery Court judge issued a memorandum in June 2016 opinion mostly in favor of Williams, denying the neighbors’ claim that Williams’ shop is a nuisance and that the noise and smells are excessive.

The judge did, however, give neighbors more say over the shared driveway allowing that the complaintants could install speed bumps and speed limit signs.

“Mr. Williams has a not-uncommon hobby – working on cars – that he pursues with an uncommon vigor, in a large shop beside his house. The plaintiffs, his neighbors, contend that the resulting sights, smells and sounds have disturbed the quiet enjoyment of their property. These are issues that neighborly people could have resolved with reasonable give-and-take, and reached thereby a result superior to that which can be achieved through a binary court decision based on property rights,”

Defense through legal channels seemed to be doomed for a man whose only income is $800 a month in disability.

A freak construction accident resulting in blood clots occurred in 1993 started a chain reaction of surgeries and amputations that continued for five years. Seventeen vascular surgeries and five amputations later, both his legs were removed above the knee.

Finally in Nov 2016, the judge denied all claims.

In an opinion released Nov. 4, the judge addressed what he referred to as “officious intermeddling” by neighbors who filed suit asking that Williams’ garage be torn down because of violations with county and building codes.

In the judge’s latest opinion, he denied plaintiff’s request to tear down the garage and affirmed, as the judge did in a previous opinion, that Williams can use his garage for his auto repair hobby. The judge also said Williams is allowed to have ornamental signs on his property and denied the request by plaintiffs Robert Walker Jr., Margaret Foulke and John and Carol Kane for payment of their legal fees associated with the lawsuit.

While acknowledging that the ceiling trusses or floor slope of Williams garage may not be up to code, the judge said the plaintiffs failed to prove how the garage has injured them. He also said state statute leaves enforcement of building codes to a county director of assessment. “I conclude no statutory standing exists with respect to enforcement of the building code as adopted by Sussex County,” he wrote. “To find, as the plaintiffs argue, that all property owners in Sussex County have standing to enforce the building code would, I fear, result in inefficient and pernicious litigation.”