Edsel Ford's 1932 roadster was at the 2007 Grand National Roadster Show, in an "as found" condition, but was throroughly restored and auctioned off for $770,000 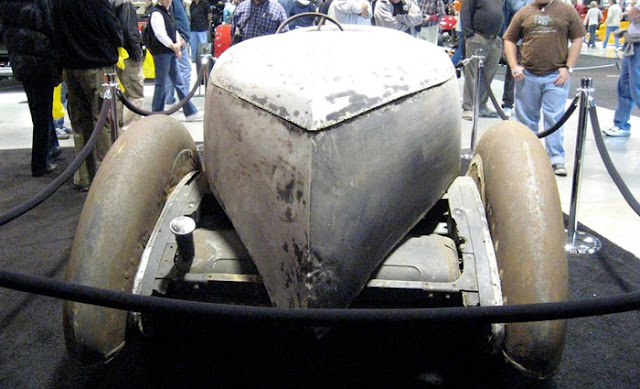 The all-aluminum boattail body was made by Ford's aircraft division. It was just what Edsel Ford wanted and had described. No running boards and a steeply raked split windshield that disguised Edsel's continental car's humble assembly line origins.

Edsel drove the Speedster to work on several occasions. An updated Ford flathead V-8 was later installed for more performance. In 1934, when the 2nd Speedster was built, this car was sold to an Indianapolis mechanic Elmer Benzin.

By the 1940's it was in a Connecticut wrecking yard, where it was saved - but underwent extensive modifications by the new owners by replacing the damaged alloy fenders with a set of four steel fenders, which were sourced from a 1935/36 Chevy. No one knows how it got from Michigan to Connecticut and this is still a mystery.

The car was purchased by John Cox who had no idea what the car was, and sold in the late 1940s. He came upon the car again in 1984 and re-purchased it. He completely disassembled it. Shortly after this it was realized to be Edsel Ford's 1932 Speedster. After Cox's passing, the car was sold to the current owners.

The current owner purchased the car several years ago, and decided to return the car to its original condition. It has been repainted in 1932 Ford Tunis Gray, mated to a sample found on the underside of the cowl vent. Power is from flathead, with a Stromberg 81 two-barrel carburetor, and dual exhaust. 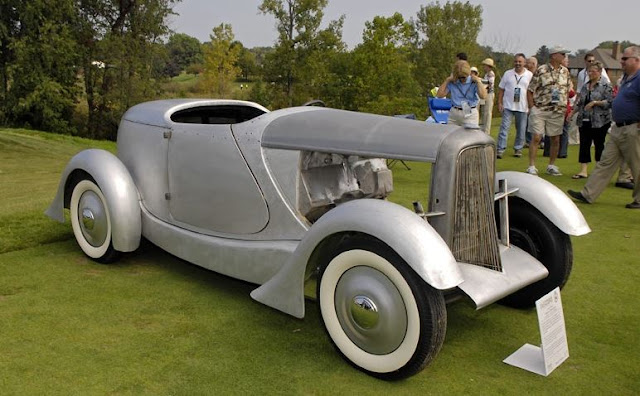 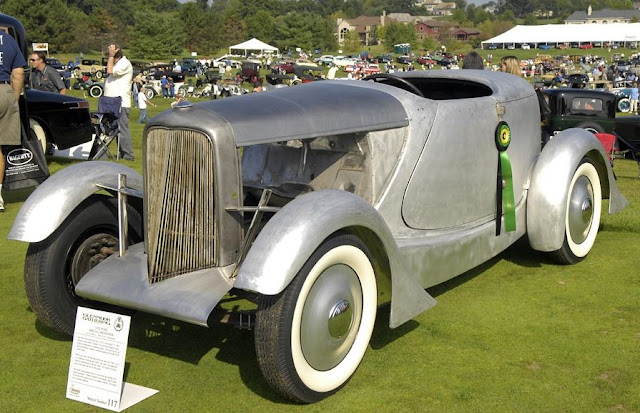 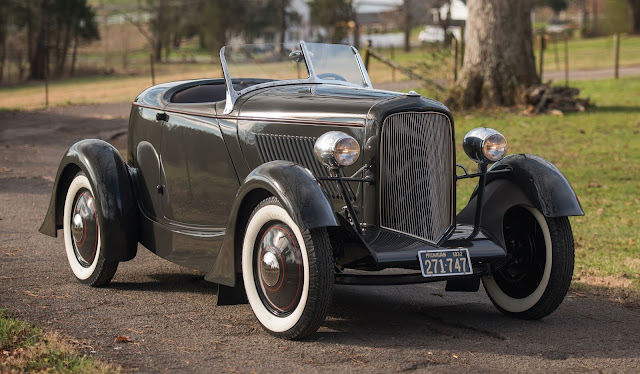 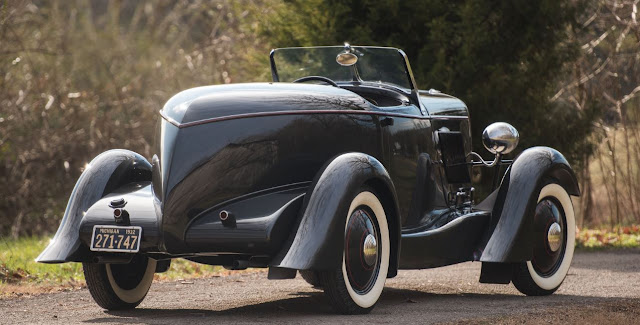