Race car drivers had a very short life expectancy, one I've never heard of despite his astounding talent, took that into account, and budgeted to only live til 30 yrs old 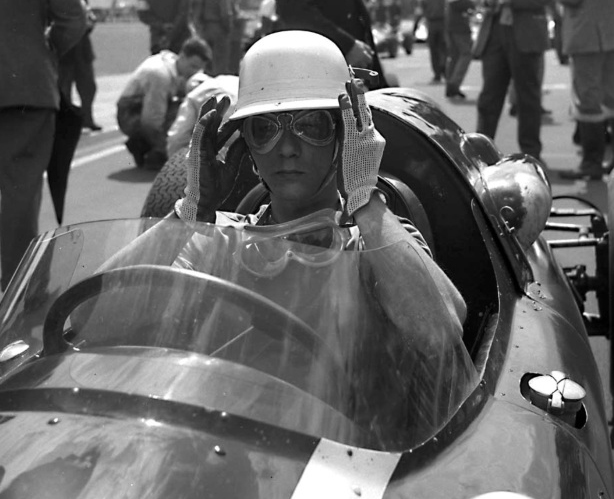 Masten Gregory (Kansas City Flash) inherited a fortune, and budgeted his inheritance to last until he was 30... as he doubted he'd live any longer. He happened to live 32 years more.

An heir to an insurance company fortune, Gregory was well known for his youngish looks and thick eyeglasses, due to his "terrible" eyesight.
His parents divorced when he was very young, and his father died when he was three years old. As an adult, Gregory used his inheritance to buy a Mercury-powered Allard, had a head gasket failure, but installed a new hemi to race at Sebring in 1953, where he again retired, this time due to a rear suspension failure.

Gregory's first win came in just his third race, in Stillwater, Oklahoma. Changing to a Jaguar, Gregory won several races in America, including the Guardsmans Trophy in Golden Gate Park, San Francisco and a race at Offutt Air Force Base in Omaha, Nebraska.


He placed 3rd in the 1957 Monaco Grand Prix, the first podium for an American in an F1 Grand Prix. He followed this with a string of good results, coming eighth in the German Grand Prix, and fourth in both the Pescara and Italian Grands Prix. Despite only competing in half of the races, Gregory ended the 1957 season in sixth place in the championship.

In 1964, Gregory was racing at the 24 Hours of Le Mans in a Ford GT40. He retired in the 5th hour due to gearbox difficulties.

1965 was also the year in which Gregory raced in the Indianapolis 500, starting from the back of the grid and working his way up to 5th before being forced to retire due to an engine problem.


Following his good friend's death at the 1972 Le Mans race, Gregory retired to Amsterdam, where he worked as a diamond merchant before operating a glassware business.

On November 8, 1985, Gregory died in his sleep of a heart attack in Italy.

Gregory is distinct in being only one of seventeen drivers to compete in all three legs of the Triple Crown of Motorsport (Indianapolis 500, 24 Hours of Le Mans and the Monaco Grand Prix) and to have won at least one of those events.