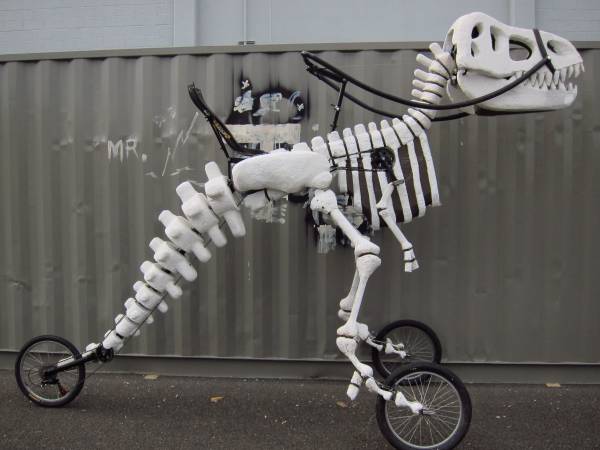 A talented engineer and bicycle fabricator in Portland, Oregon has created a giant rideable Tyrannosaurus rex-shaped dinosaur bike, which he has named Sue.

The 90-pound art bike is about 12 feet long from head to tail, which is apparently the same size as a 12-year-old young adult T. rex. The head is a marionette that can be moved by the rider to mimic the movements of a living dinosaur (its jaw even opens and closes). The arms, which are attached to the pedals, are also movable.