superstition got the best of him, and it cost him in time and money 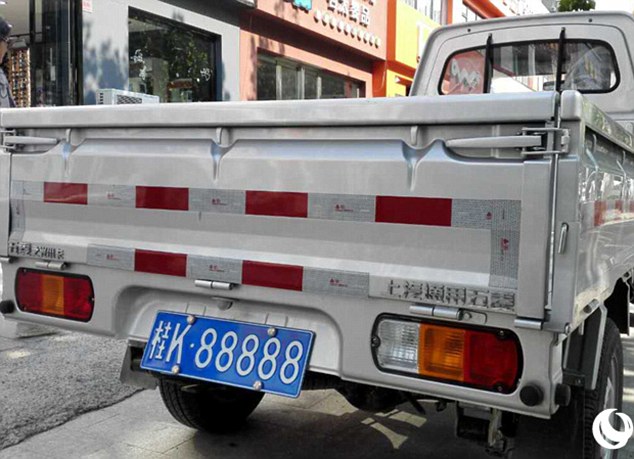 the fruit delivery company owner paid the equivalent of $100,000 for the license plate with 88888 because the Chinese pronunciation sounds similar to saying the words "getting rich" when pronouncing the number 8.

This truck owner installed the plates June 26th, and the very next day, was rewarded with 8 police stopping him throughout the day because they all believed he had fake illegal license plates.

So, that plan back fired. Each police stop took up about 1/2 hour, and instead of getting work done, and profitting for the day, he spent 4 hours being interrogated by police that didn't believe that he was really so lucky to get this license plate. They even checked his vin and engine serial number... not a good start to a lifetime with these plates.

This has many superstitious Chinese going out of their way to add to their possible good luck by shifting things numerically to get more 8s in a price, or starting at a time with 8s in the time.