that Amtrak derailed in Washington state 9 days ago... what have they learned and released to the news? 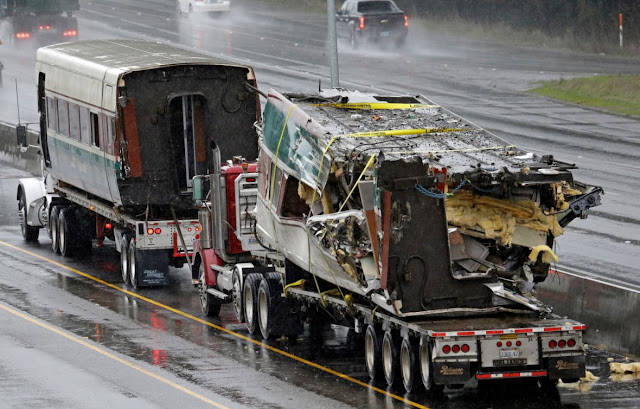 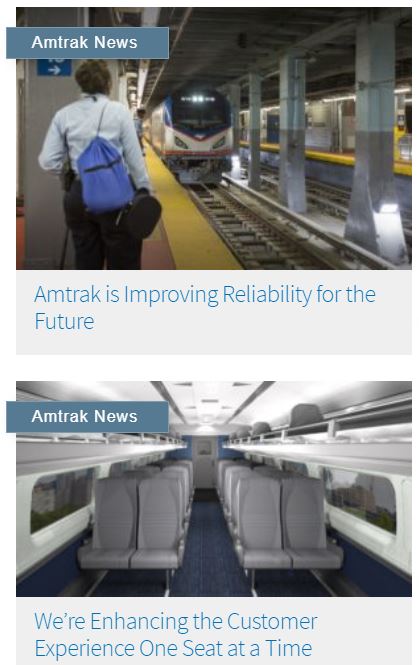 (See above insert for pathetic irony)

There's a sign noting the speed limit about two miles before the curve, the NTSB said.

The train was not equipped with positive train control, which can prevent derailments caused by excessive speed, officials have said.

So... we can now hit the history books to learn what went wrong on train wrecks in 2015 and before? Great. Yippee. The 2015 Amtrak crash near Philadelphia where eight people were killed when Amtrak derailed as it sped through a sharp curve can be looked at finally? So, why didn't Amtrak learn from that? Oh, right, it's a govt business, like the post office. It doesn't have a reason to improve.

Also, according to Gizmodo, the day after the 2015 train wreck of NE Regional 188 and death of 8 due to no positive train control slowing down the speeding train through a curve, the day after the crash, Congress actually voted to cut even more of Amtrak’s budget.
https://gizmodo.com/americas-trains-suck-because-most-americans-dont-ride-t-1704575519

Further, the the 2018 USA Federal budget proposes a long list of cuts. Grants to Amtrak would be slashed by $630 million, or 45 percent; the Capital Investment Grants program, which supports rail and transit projects around the country, would lose $928 million, or 43 percent; a popular $500 million transportation program known as Tiger, which invests in road, rail, transit and port projects, would be eliminated.

Not that I think Amtrak deserves a raise, or even an existence. If anyone wants to travel by rail, hooray, do it with some business that actually gives a damn about doing so safely. Until the phrase "looks like a train wreck" loses meaning, you can be sure that train travel isn't safe. Safer than driving? Sure, maybe it is. As long as an Amtrak engineer isn't behind the wheel. 230 people died due to Amtrak in 2014, but 32000 died in cars, say the stats. But, drivers are aware they are at risk, but are train passengers? I doubt it. It's a damn train, it has no steering, it moves on fixed rails, with no deviation, usually around 50 mph. Why would anything cause it's passengers to die? Oh, yeah, it's lack of safety due to it's management.

Amtrak said its training exceeds federal standards but declined to provide specifics about the training that took place on the new line, citing the ongoing investigation. 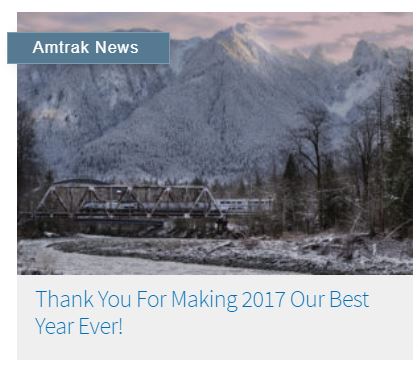 (See above insert for pathetic irony)

On behalf of everyone at Amtrak, our primary concern continues to be caring for our customers and employees...

If you are traveling with us during the holiday season, I want to assure you that Amtrak remains committed to your safety. Our primary focus is and will always be getting you to your destination safely, comfortably, and efficiently. We are truly privileged to serve you and thank you for your continued patronage.

Well, he's the president and CEO right now, Wick Moorman was in 2016, and he said that 94 percent of our operating costs are covered through ticket sales and other revenues.

So why was the federal budget of 2018 showing 1.4 billion in grants going to be cut by 45%? Or, was the "other revenues" just word play to avoid saying getting tax dollars from the 99% of Americans that don't ever take a train, and have never been on Amtrak? 1/3rd of all riders on Amtrak are between DC and Boston. 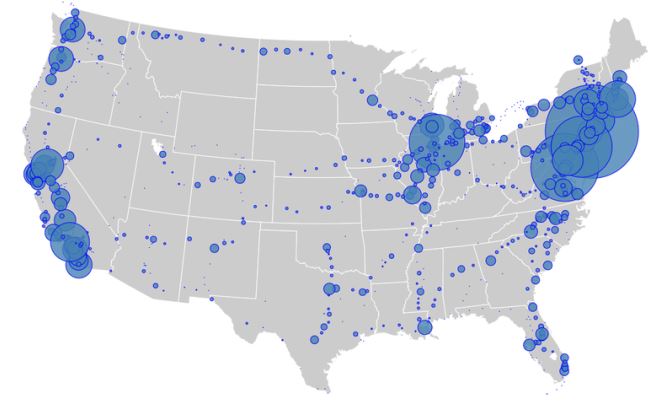 Amtrak stations by ridership; the bigger the circles, the more riders the station serves

FWIW
Japan’s famous Shinkansen “bullet train” network has never experienced a fatal crash or derailment in 51 years of operation, while in France the same can be said of its gleaming fleet of high-speed TGVs, which have zipped across the French countryside for close to three decades.

The U.S. government created Amtrak in 1971 to provide intercity passenger train service across the country, running mostly on pre-existing track already in use for freight transport.

In the spring of 2009, President Obama allocated $8 billion of his stimulus package toward development of more high-speed rail lines across the country, citing the need to reduce both greenhouse gas emissions and reliance on foreign oil.

As to why we don't have safe, effective, and high speed rail? The Iraq war, we wasted 9 trillion dollars and about 6 thousand lives, plus 30 thousand wounded, because the congress wanted to make it's campaign contributors rich in thanks for getting them elected to a pension guaranteed wealthy short term job where job performance isn't important, and they can't be fired instantly.

An analyst looked into it too, not only did he cite the Iraq war of a dozen years, he also pointed out that the USA doesn't have the same need for a high speed train as the many countries that have them.
Population density or lack thereof,
Our unique model of urban and suburban development
The strength of our property rights
Car culture obsession with the automobile
https://www.forbes.com/sites/quora/2017/03/11/why-doesnt-the-united-states-have-high-speed-bullet-trains-like-europe-and-asia/#4ae9e10c0804
at Thursday, December 28, 2017