Did you know that Snap On has a museum? It's in Kenosha Wisconsin, it's used mainly for corporate events and is not open to the general public.

get a better look at it at https://www.kahlerslater.com/expertise/environmental-branding/snap-on-museum-experience 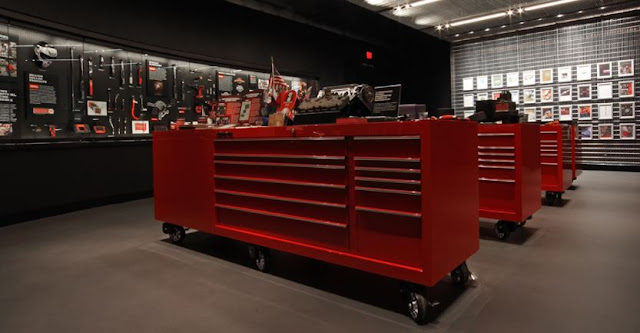 you know, I bet the offices at Snap On look a lot like,  no real desks or filing cabinets... just various tool boxes. 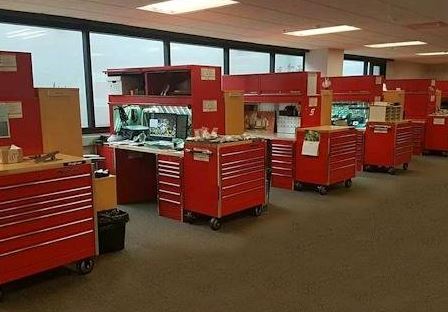 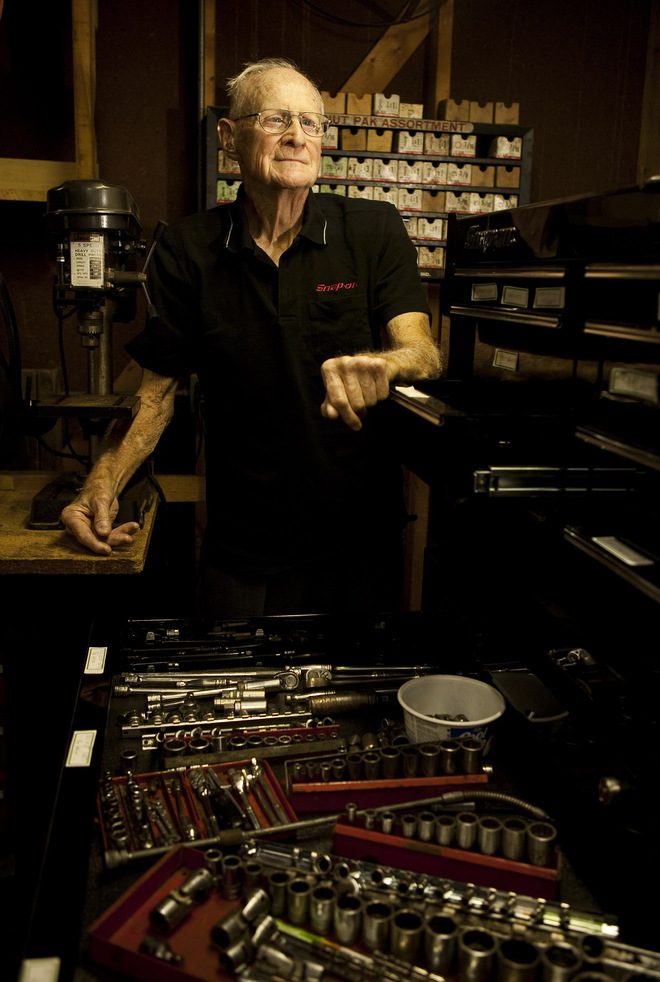 When he retired, and no longer used his Snap-on tools, he wondered if the company might like to have them back. The longtime mechanic, now 89 years old, knew that the company had a museum at its headquarters in Kenosha.

"I went out to the Snap-on plant - I was born and raised in Kenosha," said Karnes.  He brought along some of the manuals for his tools, just to show what he had. The receptionist called museum manager Terri Wruck.

"And she looked at what I had," he said, "and she was astounded. She was flabbergasted."

"What are you planning to do with all this?" she asked.

"I'm looking to donate it to the museum," he said.

Wruck and others learned that Karnes had a veritable time capsule of vintage Snap-on tools, including equipment from the late 1950s and 1960s. 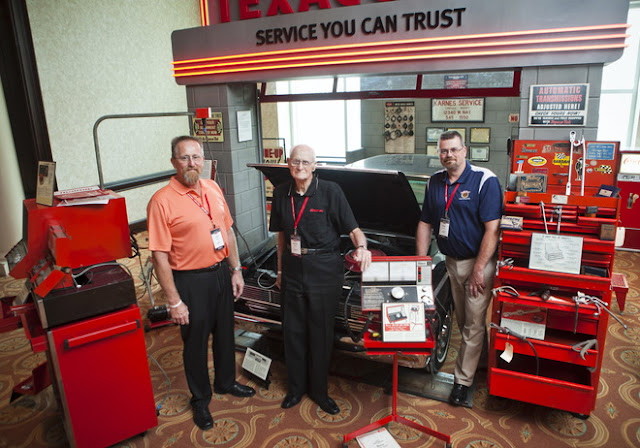 A special garage display was created, complete with a 1965 Rambler bought just for the exhibit. First, though, the Karnes collection hit the road, taken to Orlando, Fla., for the company's conference for its franchisee dealers in August. 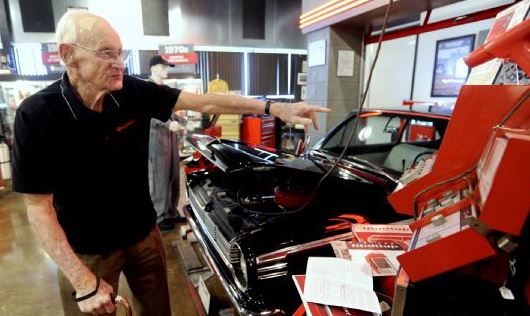 Much to Karnes' amazement, it turned out that they wanted him there, too. The company flew Karnes and two of his sons to the conference. "It was first-class all the way," Karnes said, admitting that he had never flown first-class before. "They treated us like kings. It's an honor I'll never forget."

They set up his equipment in the lobby of the Gaylord Palms, complete with the '65 Rambler. Karnes himself got a more formal welcome to the conference, introduced to the thousands of attendees from all over the United States and the world.

In thanks for his gift to the museum, Snap-on gave Karnes an expensive new toolbox, and then gave boxes to a son and grandson. Karnes still has plenty of Snap-on tools, even though he doesn't work on repairs anymore.

Company officials also had one more thank-you for Karnes. With the exhibit now on permanent display at its museum, the company hosted a special private gathering Saturday for their favorite old-time mechanic and his family and friends.