"Rich Corinthian Leather" was nothing special, just a marketing idea that took off when pronounced by Ricardo Montalban in a Cordoba commercial 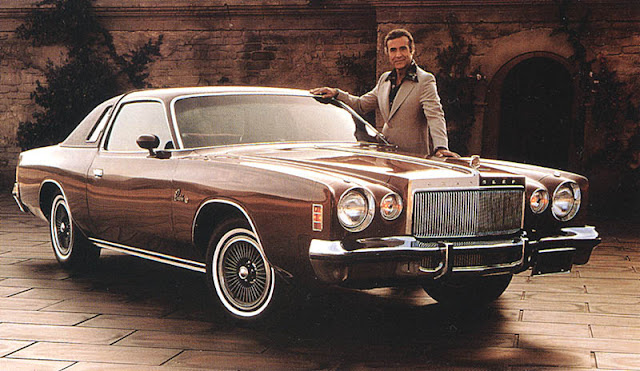 There was nothing particularly special about Corinthian Leather. It was standard upholstery leather produced outside of Newark, New Jersey. And yet, through the power of marketing this humble product obtained an almost legendary status.

Corinthian Leather was introduced in the early seventies in Chrysler's larger Imperial line of cars. The practice of giving common upholstery fanciful names was certainly nothing new. For example, Pontiac had Morrokide in the mid-sixites. In 1974, Chrysler was set to introduce a smaller model of luxury car, called the Cordoba, in response to the oil crisis of the time. Corinthian Leather was included in the Cordoba and a marketing campaign was designed around a charismatic spokesperson named Ricardo Montalbaln.

The Cordoba sold well and Corinthian Leather was used in the Le Baron introduced several years later. MontalbÃ¡n again reprised his role as knowledgable sophisticate, and would do so for another ten years.

For his part, Montalbaln's career was suddenly revived and he starred in the network television show Fantasy Island. His ongoing role as Mr,. Rourke, the proprietor of the island, played off of Montalbaln's trademark over acting and his ability to turn a since phrase into such a memorable part of the culture.