your great grandpa didn't watch tv. He didn't play video games. He drove a car with no AAA membership, and he didn't use a damn phone to you tube how to change a tire. He rolled up his sleeves and got it fixed. 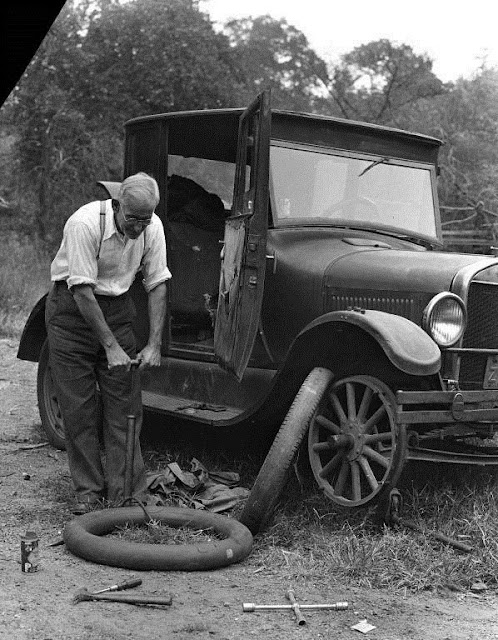 So, take a second and thank you're lucky star your great grand dad was a bad ass.

He used dynamite to blow stumps out of the field so he could raise corn.

He used a straight razor to shave his face, and he kept it sharper than hell

He built a damn house with his bare hands and no electric tools.He had a carpenters pencil, and a square.

He probably could throw a punch, and kick like a mule.

He probably wore a hat, and looked dashing enough to get your great grandma to ignore all the other guys, and date him

He wasn't stopped by the many deadly diseases that don't exist anymore, he wasn't even slowed down by the great depression.

He never knew a paved road, and was pretty damn happy that cars came along so he could stop riding a horse in the rain, on a wet saddle.

Yup, our great granddads were the type of guy who never grew a beard because it was a fashion statement.

You'd be amazed at the life he had. Home made soap, no electric shaver, used a river and a rock to beat the dirt out of his clothes, summer or winter.

He knew how to avoid getting hurt, because there was no antiseptic, no local anesthesia, and the nearest hospital was maybe a couple days ride away.

He could point North, more accurately than a compass.

He could tell time from the sun's position, or the stars.

I'd be really glad to get an hour to talk to the guy... I bet he knew something about everything, and could probably shoot faster, fish more, and out drink anyone we've ever known.