To prep for Baby Driver, the writer/director went and interviewed bank robbers and their drivers 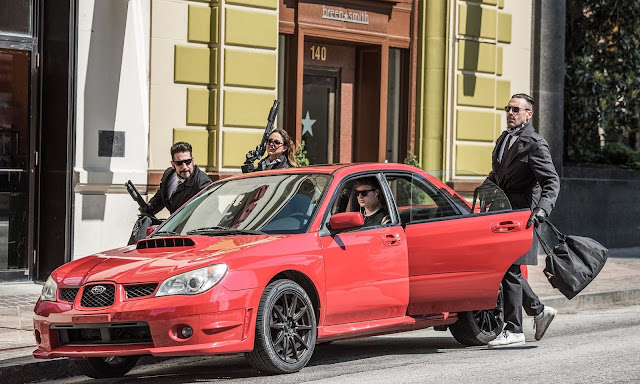 I started reading up about the local bank robbers, talking to ex-cons who’d done it—

EW: Oh, yeah. I went to ex-cons who’d written books, you know, non-fiction. I met a bunch in London and Los Angeles. I met one guy from the FBI who was on the robbery squad. Then I met this guy called called Joe Loya. During the Eighties and Nineties, he committed I think, like, two dozen bank robberies or something like that. We’re from completely different walks of life, and yet, we had this immediate connection because we’re both big movie fans. That’s fascinating to me. That a real bank robber would be as obsessed with crime movies as I am. So I’d say, ‘Joe, I have an idea for a scene. Did you ever see this?’ He was this amazing fountain of knowledge and detail. I’d have constructs for a character, he’d imbue it with real-life anecdotes. Eventually, he became the technical advisor. He’s in the movie as well. I had him play a security guard who gets held up during a robbery.

MP: Did you learn anything from him, and the other ex-cons, about cars?

EW: One of the major things is that a professional bank robber will not be driving anything conspicuous, no sports cars. They’ll use a commuter car, which can (A.) Blend into traffic immediately, and (B.) Easily be ditched. The idea you get from contemporary action films, guys driving vintage muscle cars, it’s not accurate. They’re also too precious to just, you know, dump. What real robbers do is steal from long-stay parking structures, cars that won’t be missed for a number of hours, so they’ve got a car that’s cold, that won’t be pulled over. Then they ditch it and get into a different car and slip away. The two-car system is this sort of master way of escaping.