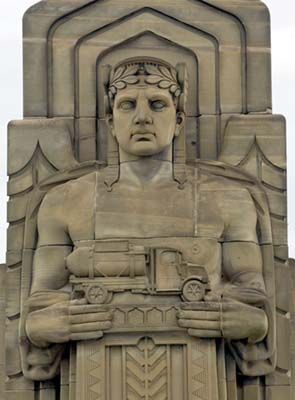 The 8 figures were carved in sandstone and created by sculptor Henry Hering and architect Frank Walker. They were meant to “typify the spirit of progress in transportation”, so each figure holds a different form of ground transport. 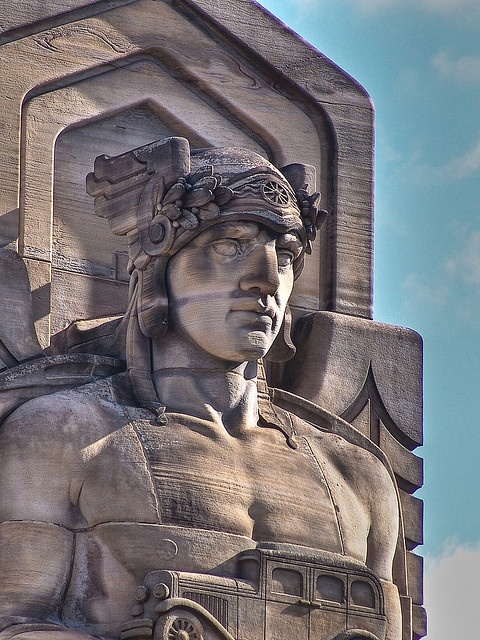 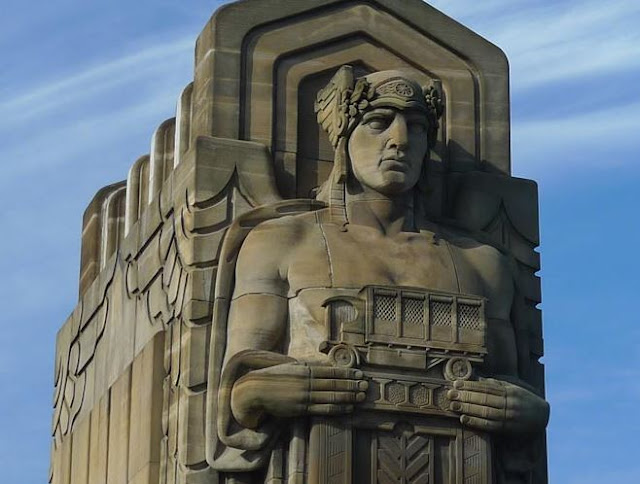 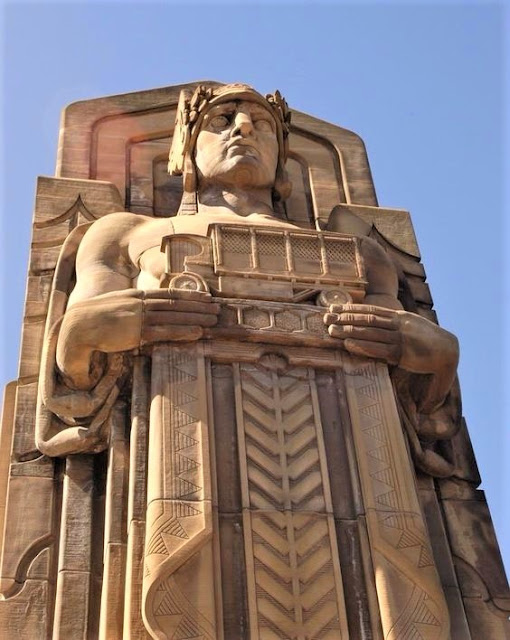 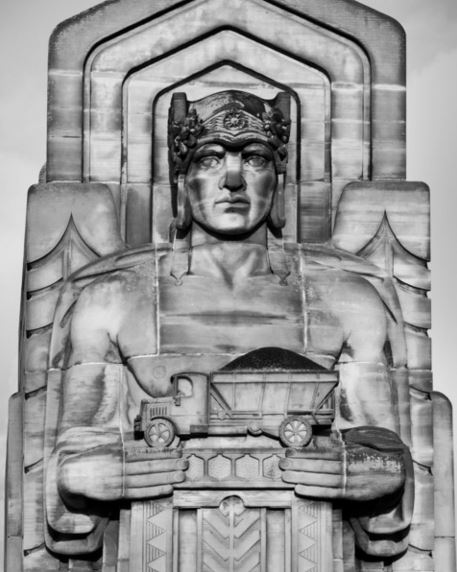 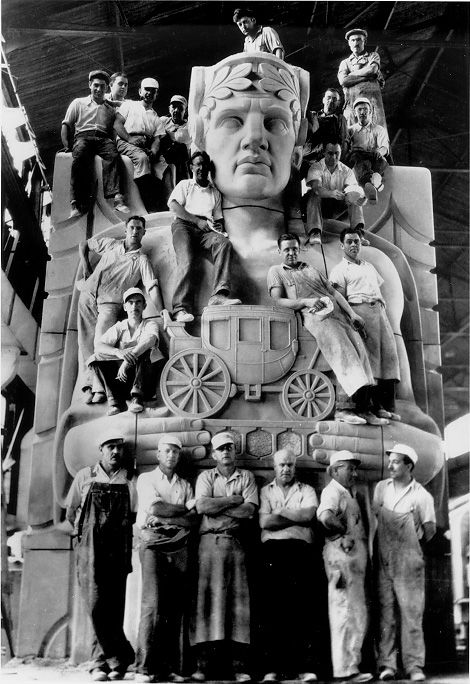 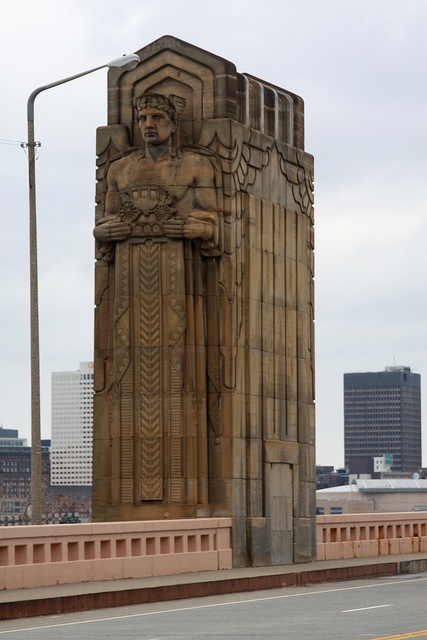 The Hope Memorial Bridge was renovated and christened as such in the 1980's in honor of a family of Cleveland stonemasons, who also happened to be the family of native son, Bob Hope.

The bridge was listed on the National Register of Historic Places in 1976, the year that then County Engineer, Albert Porter, threated to remove the historic pylons, calling them "monstrosities". 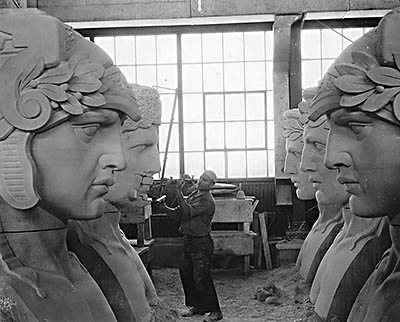 Romanised assyrian genii, with wrap around wings, that guarded the cities and palaces were given mercury helmets, bookended the four pylons. The 43' pylons were cut from local, Berea, sandstone. The bridge was opened in 1932 after more than a decade of carping, and delays. This is the most monumental display of Cleveland deco.

http://rustbeltvoice.blogspot.com/2011/07/art-deco-cleveland.html
update, today, July 23rd, the major league baseball team in Cleveland, caved in to peer pressure, and changed their name to the Guardians, based on the bridge statues
at Wednesday, December 30, 2015