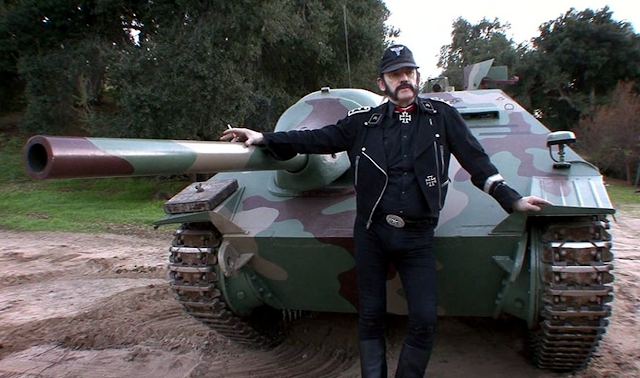 And now here's Lemmy out in Corona, driving a Jagdpanzer 38(t) Hetzer tank destroyer. When asked about accusations that he's a Nazi, upon the unveiling of his mammoth collection of captured Nazi daggers and World War II memorabilia that encrusts the walls and corners of his humble abode, he answers with sanguine calm, "I've had six black girlfriends — I'm the worst Nazi you ever met!"

Lemmy, once a roadie for Jimi Hendrix, inspires a more sobering comment by way of Henry Rollins: "He told me, 'I remember before there was rock and roll' "

In 1975 Lemmy was fired from Hawkwind after he was arrested at the Canadian/US border in Windsor, Ontario on drug possession charges; he spent five days in jail. Lemmy was released without charge as Windsor Police arrested him for possession of cocaine and after testing the evidence it turned out to be speed. So according to Canadian law at the time, he couldn't be charged with anything and was released with no charge or conviction.

He was brought in as a songwriter for Ozzy Osbourne's 1991 No More Tears album, providing lyrics for the tracks "Hellraiser", (which Motörhead would later record themselves and release as a single), "Desire", "I Don't Want to Change the World" and the single "Mama I'm Coming Home". Lemmy has noted in several magazine and television interviews that he made more money from the royalties of that one song than he had in his entire time with Motörhead. 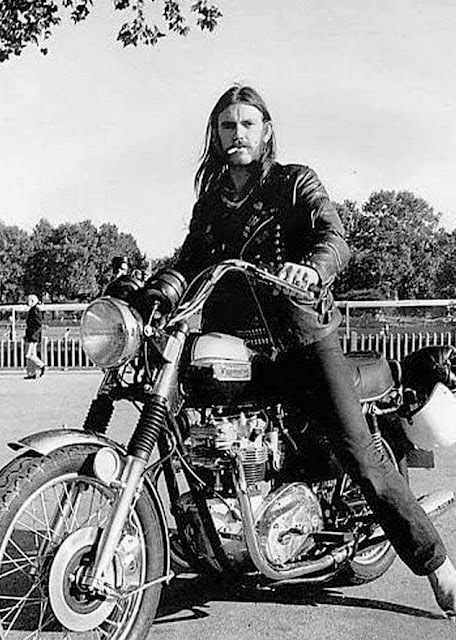 He rides a road, that don't have no end
An open highway, without any bends
Tramp and his stallion, alone in a dream
Proud in his colors, as the chromium gleams

He lives his life, he's living it fast
Don't try to hide, when the dice have been cast
He rides a whirlwind, that cuts to the bone
Loaded forever, and ferociously stoned

Yeah, slide it to me

One day one day, they'll go for the sun
Together they'll slide, on the eternal run
Wasted forever, on speed, bikes and booze
Yeah tramp and the brothers, all born to lose