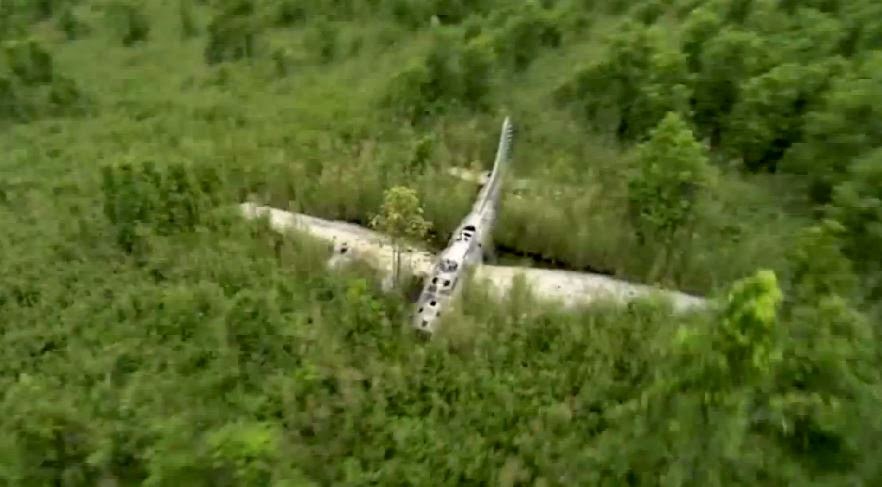 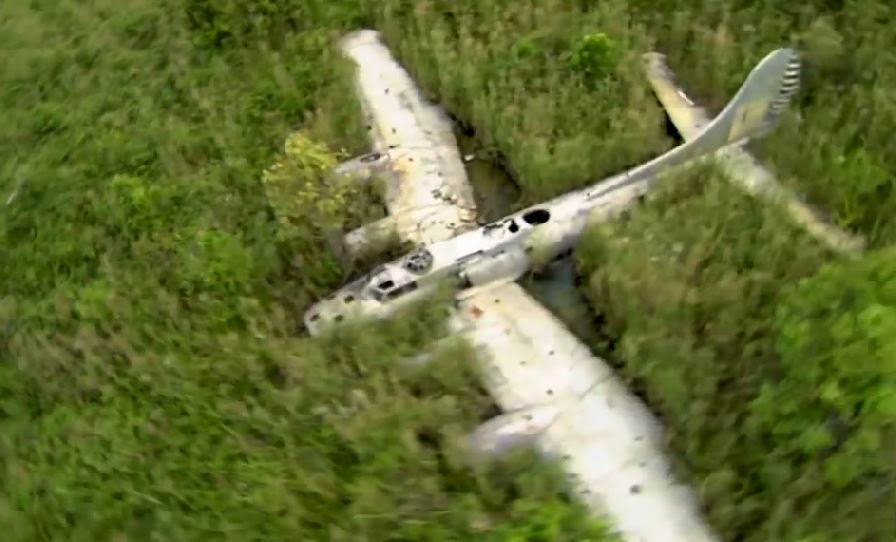 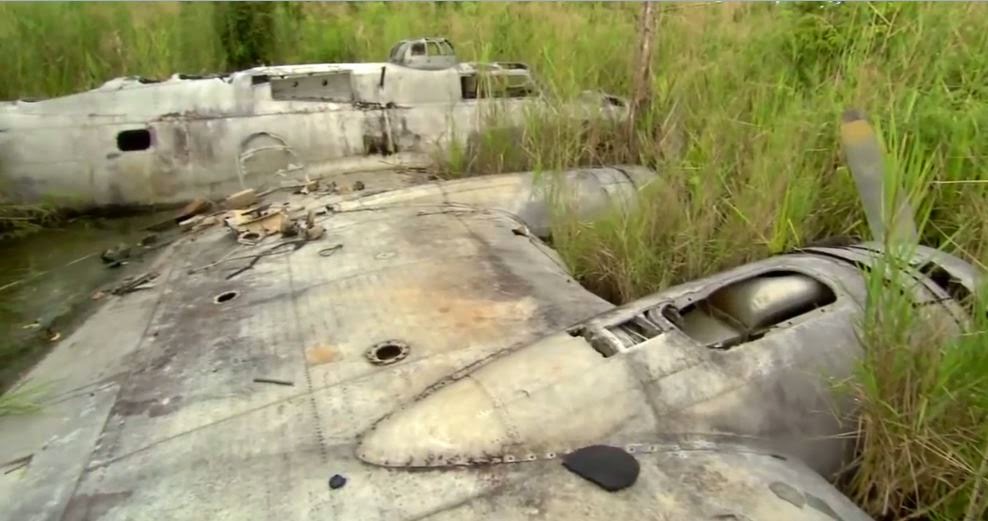 Force landed in 1942 in a remote region of Papua New Guinea sat undisturbed, partially submerged in a swamp for 30 years when it was rediscovered by Australian soldiers.

The plane was found to be untouched since its abandonment, right down to it’s loaded machine guns. It was then that those soldiers christened the plane “Swamp Ghost”.

It took nearly another 40 years to get the plane retrieved from that swamp and back to the United States, with many false starts and legal wrangling with the government of Papua New Guinea, but in 2010 the final hurdles were cleared to bring the “Swamp Ghost” home.

The Pacific Aviation Museum Pearl Harbor acquired the aircraft, which was shipped in pieces from California, arriving its new home at the museum in Hawaii April 2013. The museum intends to restore the plane, but as it is anticipating a restoration cost to be around 5 million dollars, it will take some time to raise the needed funds. In the meantime, they are planning to set the plane in a display that will replicate the swamp in which it had lain for all those years.  http://www.warbirdsnews.com/warbirds-news/boeing-b-17e-flying-fortress-arrives-pacific-aviation-museum-pearl-harbor.html 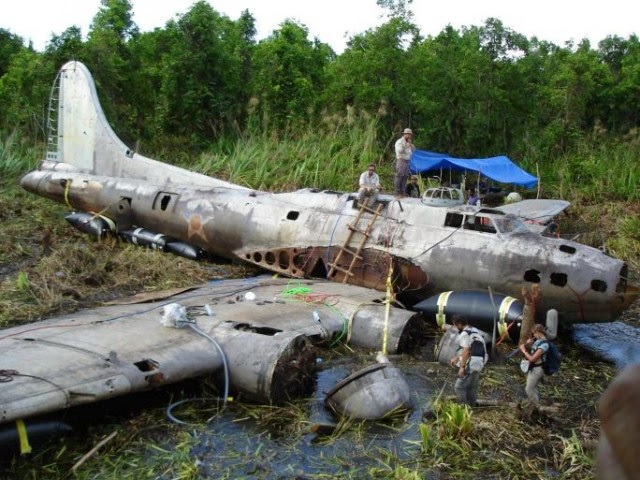 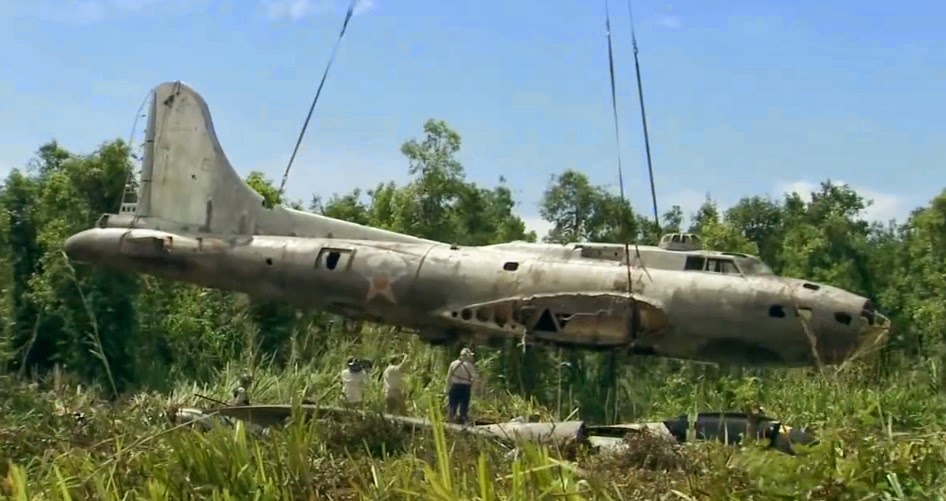 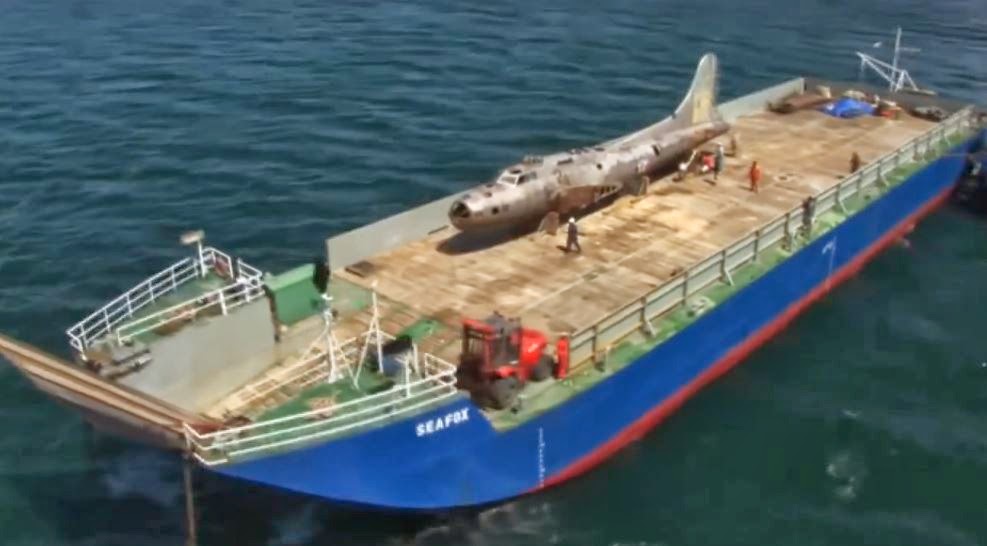 On Feb. 23, 1942, a B-17E Flying Fortress bomber crashed in one of the most remote and wild places on Earth: the primitive Agaimbo swamp located on the island of Papua New Guinea. The plane, piloted by young U.S. Army Air Corps Capt. Fred Eaton, had flown a long, dangerous mission from Australia against the Japanese Fortress at Rabaul in New Britain. This was the first long-range Allied bombing mission of World War II following Japan’s attack on Pearl Harbor that included the U.S. The crew survived their ordeal and, after a six week trek to safety, returned to combat. Their B-17E, however, remained forgotten in the swamp until it was rediscovered in 1972 by an Australian Air Force crew.

n the mid-1980s, the late World War II pilot, restaurant industry pioneer and antique aircraft collector David Tallichet initiated efforts to recover and return the plane to U.S. soil. His dream was fulfilled in 2010 through the joint efforts of his family and aircraft salvage enthusiast Alfred Hagen.

Nicknamed Swamp Ghost, the B-17E has become an icon of military aviation. In tribute to its intact state, romantic isolation and the extreme challenges involved in its salvage, it is known among historians as military aviation’s Holy Grail.

Prior to its salvage, Swamp Ghost was considered the best-preserved unrecovered B-17E in the world. With its return to the Port of Long Beach, Swamp Ghost completed its final mission 68 years after take-off. Only four aircraft models of its type have ever been recovered. The aircraft will be restored, possibly to flying condition, for display at an aviation museum as a symbol of America’s military aviation heritage.

if you want to see what media has covered the story, magazines and such : http://www.theswampghost.com/ 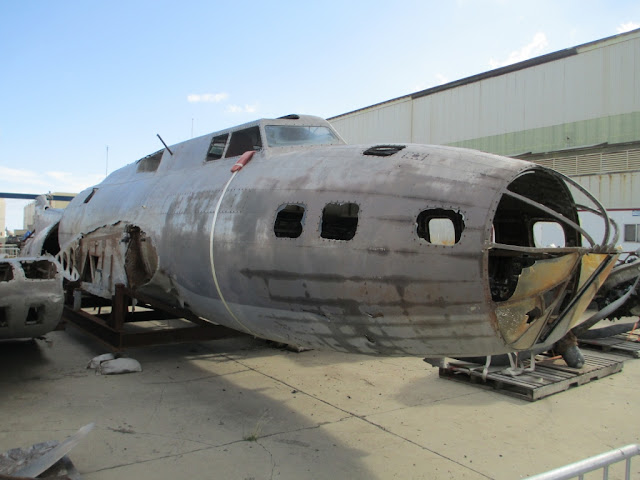 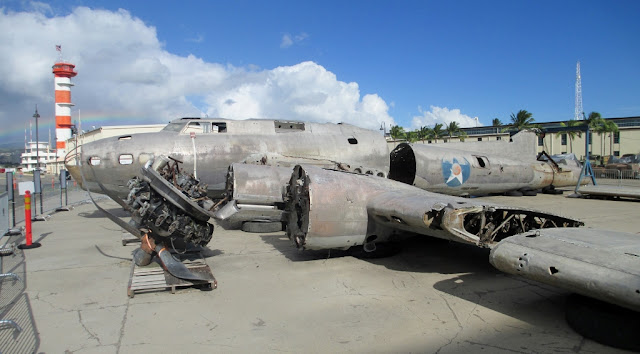 For more B-17 stories, like the one where the crew went out with one, were shot down, and stole another from the Germans and returned... the restoration of the gas station B-17... the Lonesome Polecat pulled out of a lake in Switzerland, but scrapped due to a building development... the B 17 being built from bits, pieces, and scraps...  the B-17 that ended up in a car junkyard....the two B-17s that hit each other midflight, and were stuck together all the way down while the crew bailed out over Germany...  and many others.... http://justacarguy.blogspot.com/search/label/B%2017
at Friday, March 14, 2014