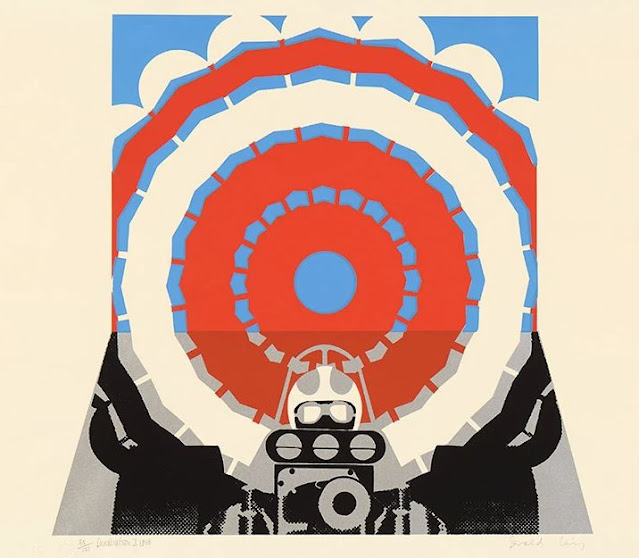 From Dragsters, a 1968 portfolio of five prints, an original screenprint in colours on smooth wove paper, signed Gerald Laing in pencil lower right and numbered from the limited edition of 150
At the beginning of the 1960s, Laing was introduced to artists in New York City. He met Andy Warhol, Roy Lichtenstein, Jim Rosenquist and Robert Indiana. After art school he moved to the US. Laing's career took him from the avant-garde world of 1960s pop art, through minimalist sculpture, followed by representational sculpture and then back full circle to his pop art roots. 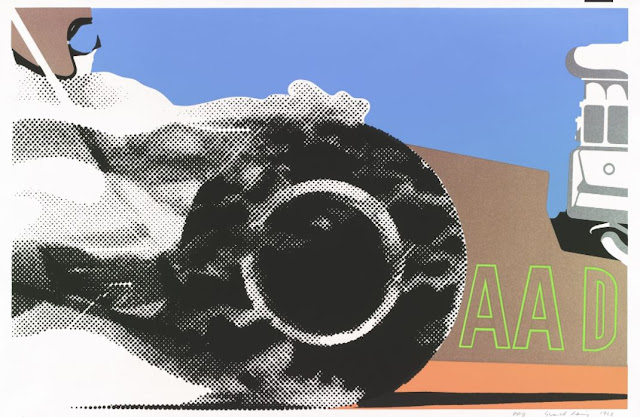 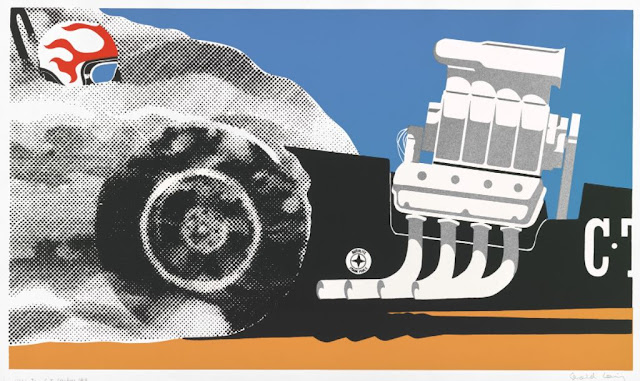 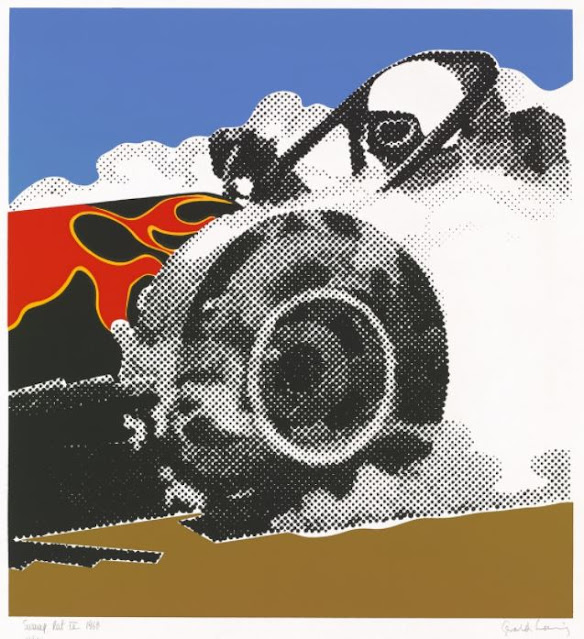 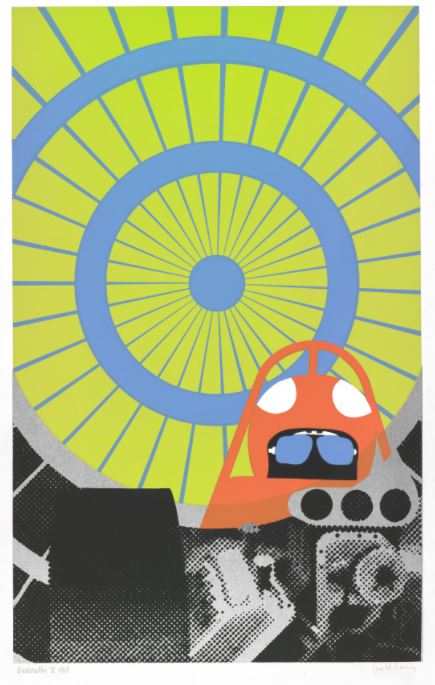 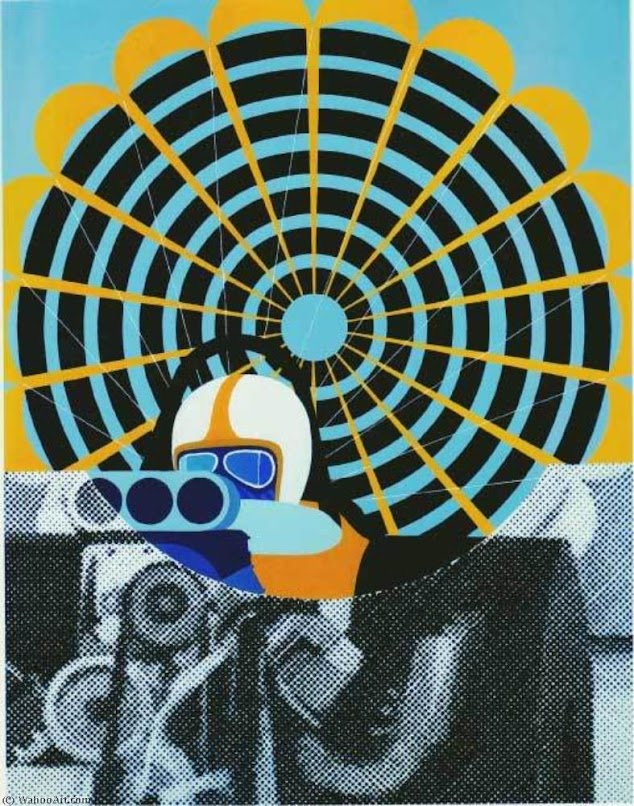 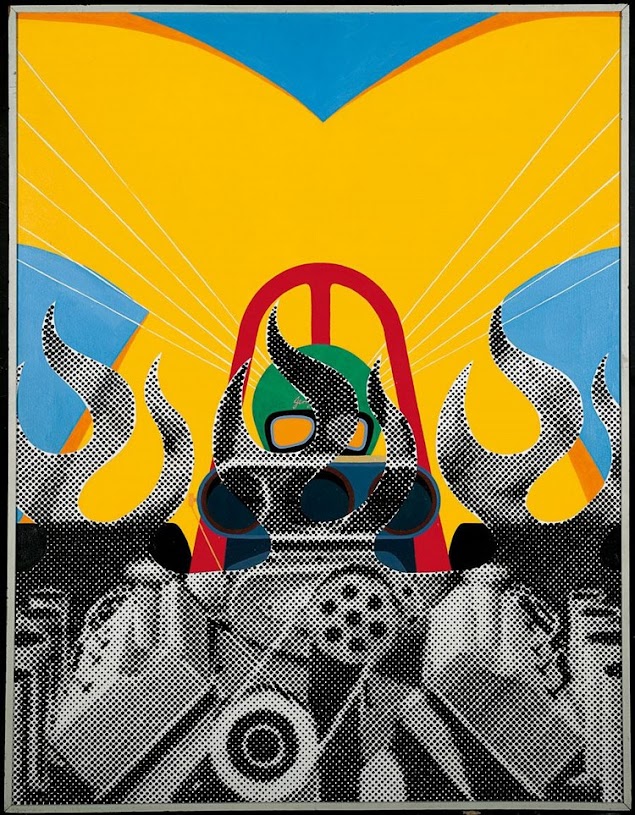 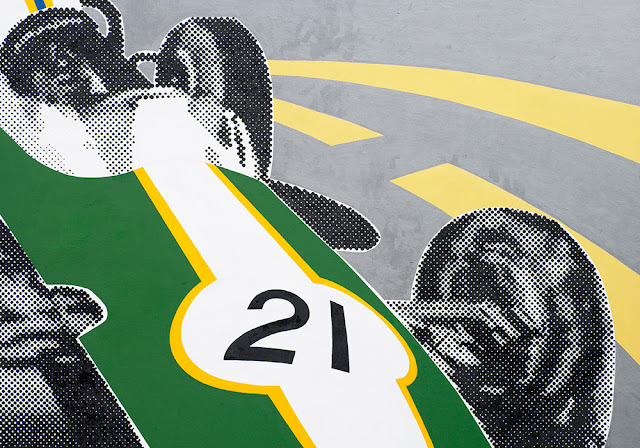 Laing, after graduating from art school,  moved to New York permanently. It was then that the love affair with the ‘Coffee Grinder’ – a Ford Roadster-based hot rod – begun. “He’d just travelled round the States on a Vincent Black Shadow with my mother in the mid-1960s,” explains Sam. “Upon his return to New Jersey, he pulled up at some traffic lights, and beside him was this hot rod. My father said ‘nice car’, and the chap replied ‘nice bike’, and they swapped there and then. 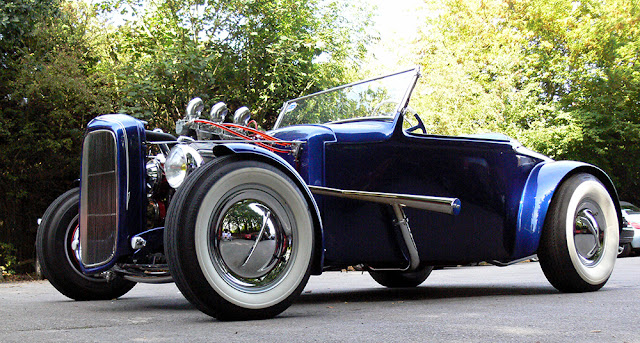 Later, Laing became disillusioned with the US – namely following JFK’s assassination and the Vietnam War ­– and returned to England, ‘Coffee Grinder’ in tow. Nicknamed after its creator Adam Coffee, it became one of the first hot-rods to be imported into the UK. It no doubt caused quite a stir in London, where Laing could be frequently seen crossing Tower Bridge or parked outside the Horse Guards Parade. “He had it for a good couple of years,” recalls Sam, “then there was a bit of a déjà vu moment: he was driving around Hyde Park, pulled up at some lights, and ended up swapping it with a chap in a souped-up Ford Cortina.”
https://www.classicdriver.com/en/article/art/gerald-laing-hot-rod-driving-pop-artist
at Thursday, October 21, 2021