that's not a fix it ticket! 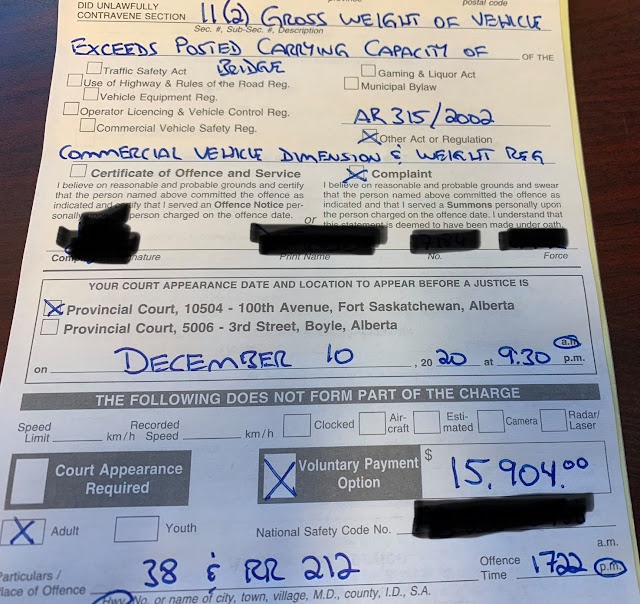 There has been a weight restriction on the Vinca bridge on Highway 38 south of Redwater since June 8, due to structural issues recently identified in the bridge’s steel girders. The restriction is clearly marked by signs on several routes leading to the bridge. The signage is in addition to lists of restrictions published online by Alberta Transportation and email notifications sent to affected parties.

Following complaints about overloaded commercial traffic crossing the Vinca bridge, sheriffs conducted some directed patrols in the area and stopped three vehicles in two days last week for exceeding the posted 20-tonne (20,000-kilogram) limit. A Sheriff Highway Patrol member stopped the pictured unit hauling soil on July 15. It was 28,220 kg overweight and received a $15,904 fine for contravening the Commercial Vehicle Dimension and Weight Regulation. Two overweight units stopped the previous day were in even greater excess of the 20-tonne limit: the operator of a fully-loaded tanker truck carrying dangerous goods received a $21,307 fine; the operator of a fully-loaded truck hauling sod received a $23,180 fine. 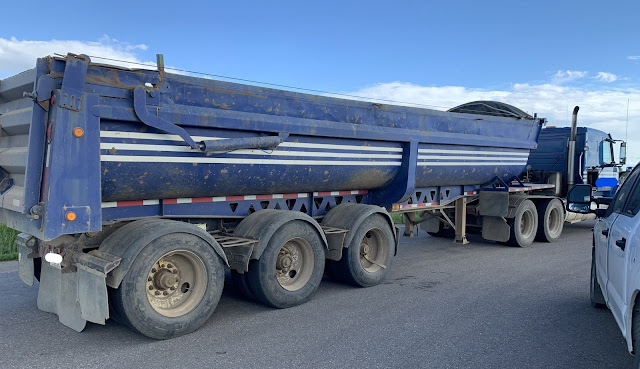 the highway department knew the bridge was“ damaged” before hand but instead of shutting it down and detouring the traffic they slapped up a quick sign....  that’s not going to fix the damaged bridge, but it will raise funds without costing the locals anything