A dispute between two neighbors over property lines escalated when one man decided to remove half his neighbor's garage which was built on his land. 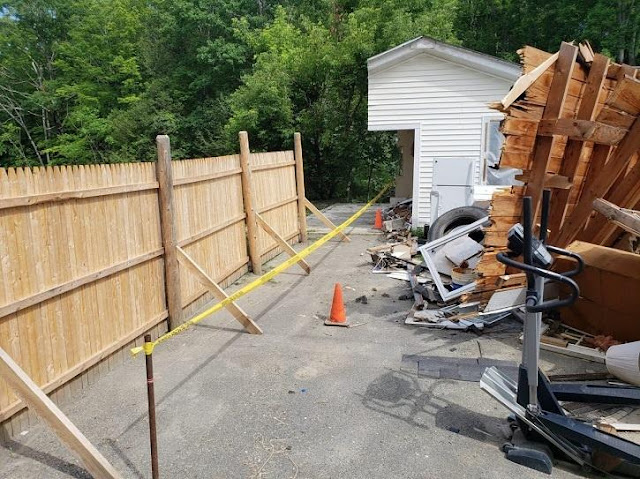 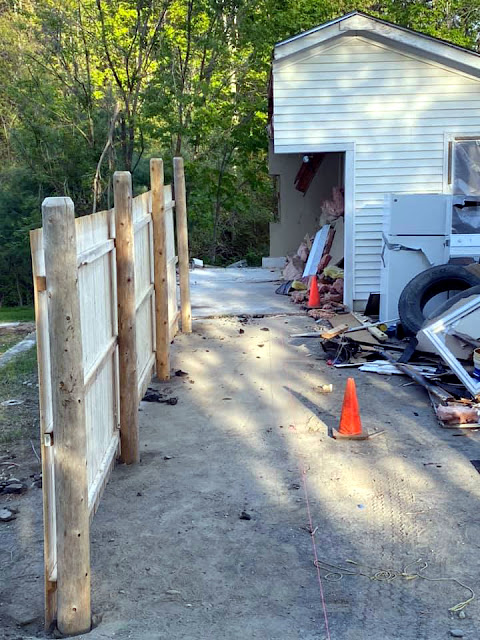 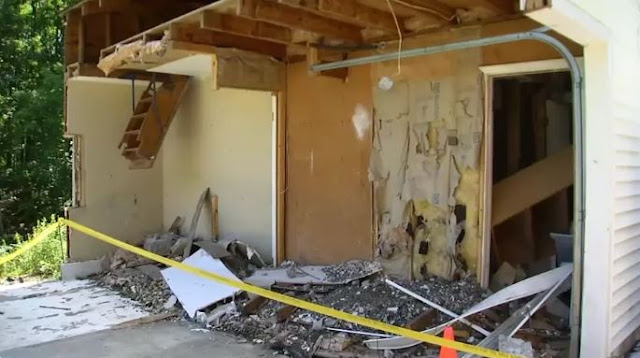 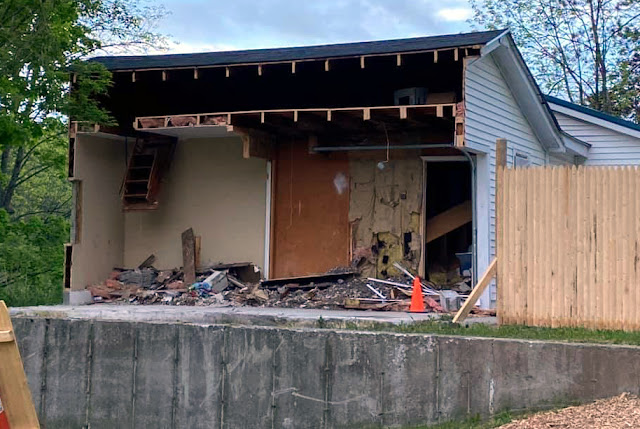 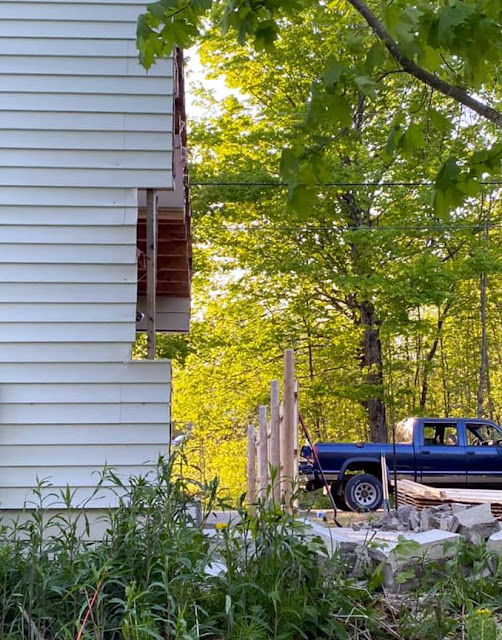 The issues started in 2016, when the widow Ritter took ownership of the family home and began to rent it out.

The Brawns next door then began having numerous problems with various tenants over the years, and even tried to buy the property from Theresa.

Their problems came to a head back in April, when the Brawns dumped a load of wood chips near the property line. The Brawns told the Bangor Daily News the wood chips were needed to help a tractor traverse the downhill grade in their backyard to clean up trees that had fallen.

When Blake Ritter saw the massive pile of wood chips, he put a stake near the pile and told the Brawns to move it because it was on his property.

The Brawns refused, claiming the wood chips were on their side of the line. They hired a surveyor to confirm that they owned the land in question.

When the surveyor came to inspect the property, he determined the property line ran down the middle of the driveway and through the garage at 148 Grove St. A second surveyor confirmed the findings. Explaining how neighborly relations had declined in the wake of Steve Ritter’s (Blake's father) death, Gabriel’s wife Tracy Brawn, told the Bangor Daily News: "When the dad was alive this was a perfect place to live. As soon as that poor man passed away this place turned to craziness and chaos."

The Brawns had tried to buy their neighbor’s home to settle the dispute. But Gabriel got out his electric saw after Blake Ritter politely asked to retrieve his dad’s ashes from the mis-zoned property.

"We said, please do (get the ashes). We want our property back because we’ve been paying taxes on it for years," said Tracy.

"But he went over there and started throwing trash all over the place and smashing glass and taking bureaus and throwing them outside in the yard."

The next day, Gabriel slashed the garage in half and left debris from the part he had dismantled on Ritter's side of the property.