The "Old Bloke" rode his 1910 FN Four Cylinder "Effie" from Tibet to Belgium just to see if he could, 9,000 miles, 15 countries, and he blogged about it, then wrote a book about it 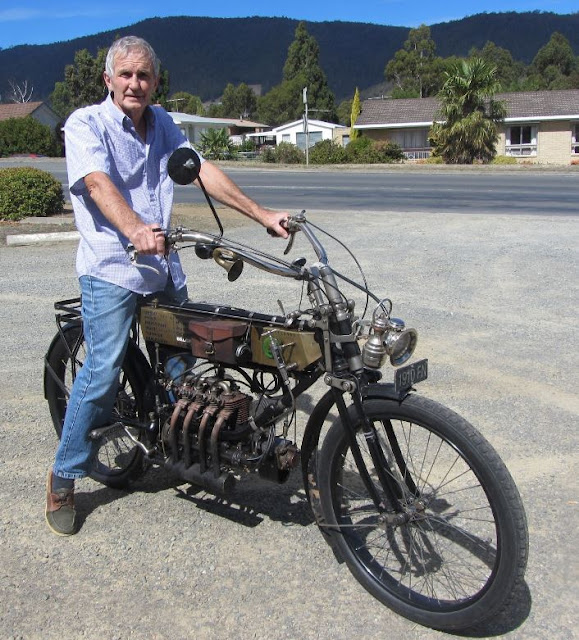 with a 5 spanner tool kit that fits every nut on the bike, and filling the inner tubes from a spark plug connection instead of a pump, efforts were made to reduce the baggage, and weight. 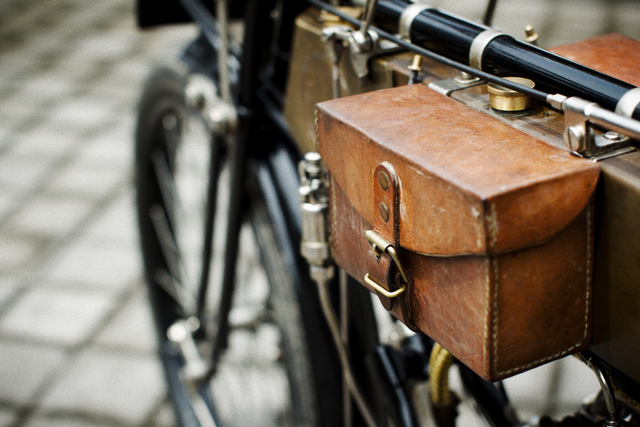 and I guess the metal fatigue had set into every spoke, because he broke a lot of them

120 spokes broke on the FN before making it to Belgium. He had around 50 broken spokes welded together and they got him from Pakistan to the Czech Republic.

One particular blow out was written up as follows:
"The back tyre sidewall collapsed causing the bike to weave all over the road. Each time this has happened I’ve been lucky I didn’t end up in the path of oncoming traffic. As a result seven spokes were broken and it took 3 hours to replace the tyre, true up the wheel and replace the spokes."


and just from knowing that he rode an old motorbike around, tell you immediately that you'll like the guy, but get this: here's how he mentions that he's going to be on the radio -

That is classy, and cool

and he wrote a book, No Room For Watermelons 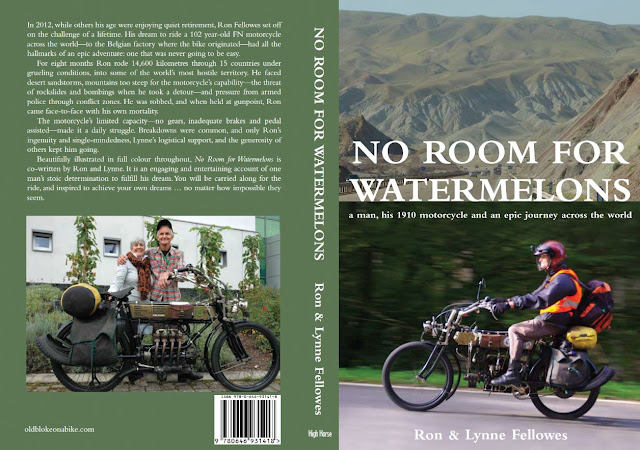